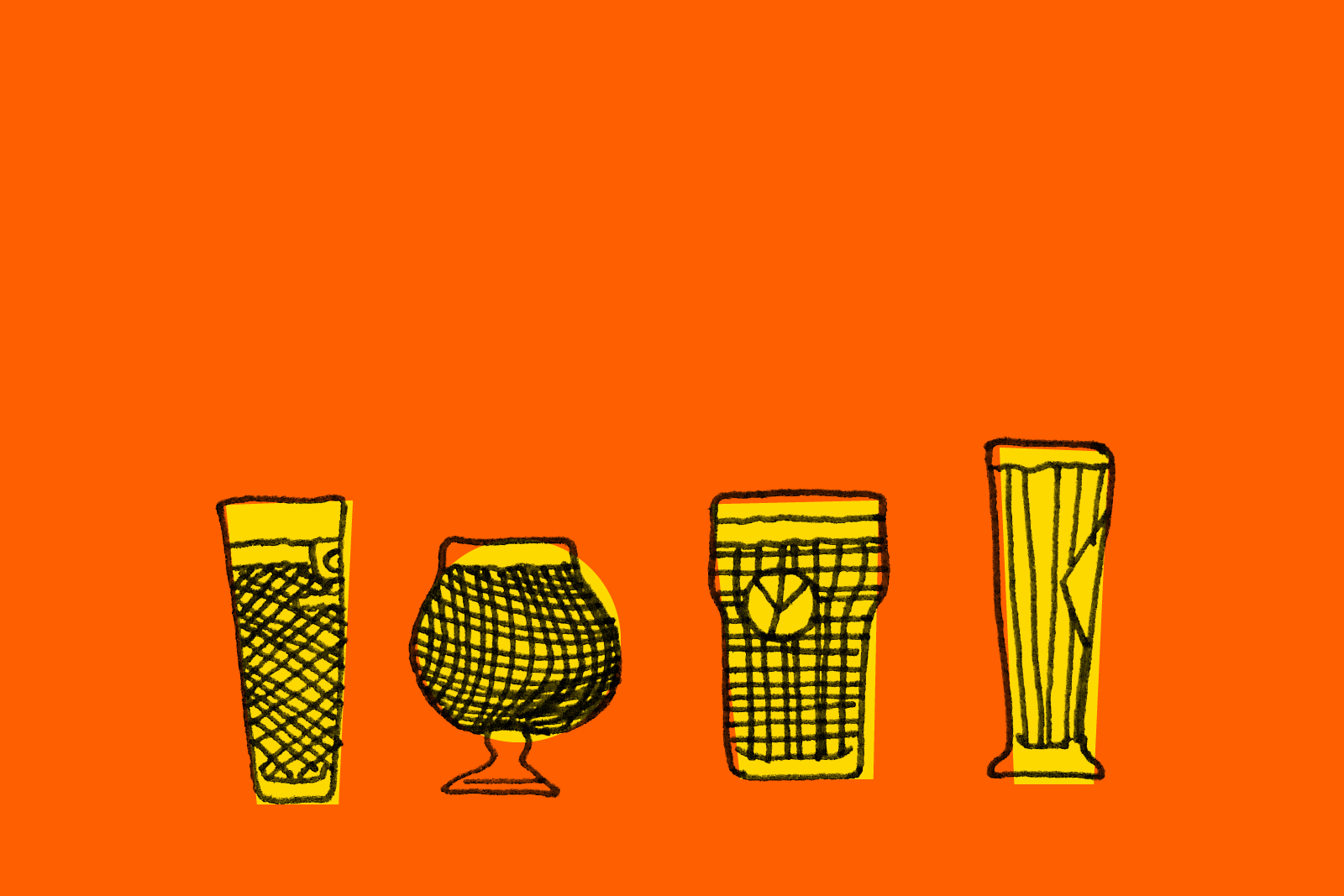 The good folks at Brewer’s Journal (shout out to Tim & Jon!) invited us down to this year’s Brewer’s Congress last week, which is a day filled with talks about beer, food served alongside beer, and beer. Having attended some Brewer’s Lecture events as both speakers and beer fans, we’ve realised that passionate brewers share a lot of common traits with passionate designers, so we were positively stoked to hear from some of the most influential and renowned breweries making shit-hot beer for the world.

As designers, we know that ‘newer’ does not equal ‘better’, but as beer drinkers we do get tempted by the new, shiny brewing styles that are popping up all over the place. It was hard not to be infected by the enthusiasm for traditional British beer that radiated from speakers such as Miles Jenner, Head Brewer & MD at Harvey’s Brewery, who actually grew up on a traditional British brewery, or Derek Prentice, Brewmaster at Wimbledon Brewery, who was celebrating brewing equipment innovations inspired by UK brewing history. While some of the intricacies of Victorian-era brewing engineering flew well over our heads, we did leave feeling inspired by our own national drink and its rich history. 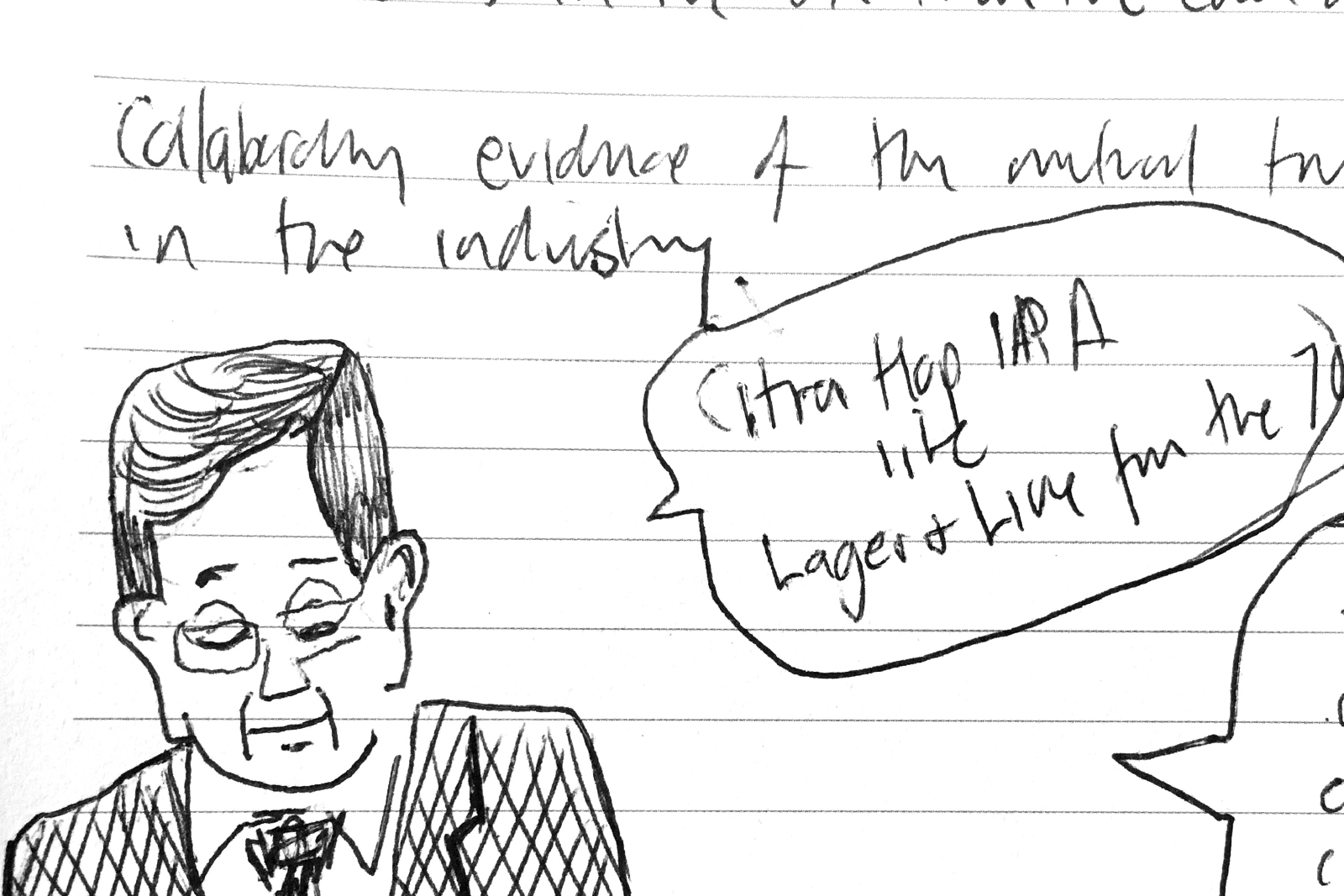 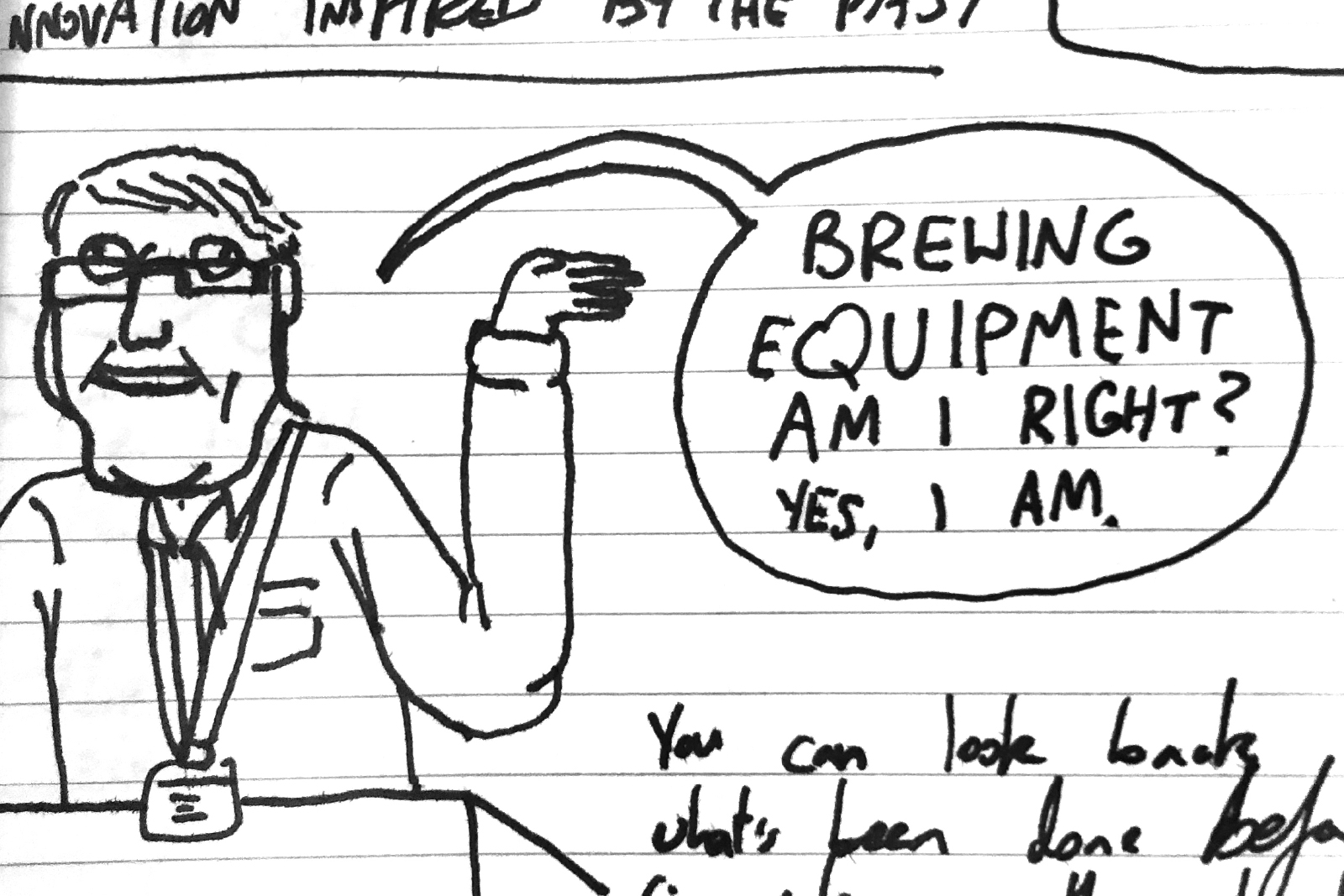 Most of the speakers united in a common derision of beer geeks. They had an unwavering belief in their craft that almost dismissed the end consumer. They just wanted to see how to brew the best goddamn beer they could. In response to the proliferation of fruity IPAs, Master Belgian brewer Yvan De Baets of Brasserie De La Senne offered my favourite line of the day: “if you really like magoes that much…go eat a mango.”

Yvan went on to say, “You should know what you want to drink, then make it”. This chimed with Burning Sky founder Mark Tranter’s belief in brewers needing an unwavering focus. The general feeling was that brewers that just followed the whim and fancy of each passing trend were doomed for failure.

I took from this consideration that the craft brewers had recognised the one trump card (an authentic, artisanal approach to brewing) they can play against the big brewers. 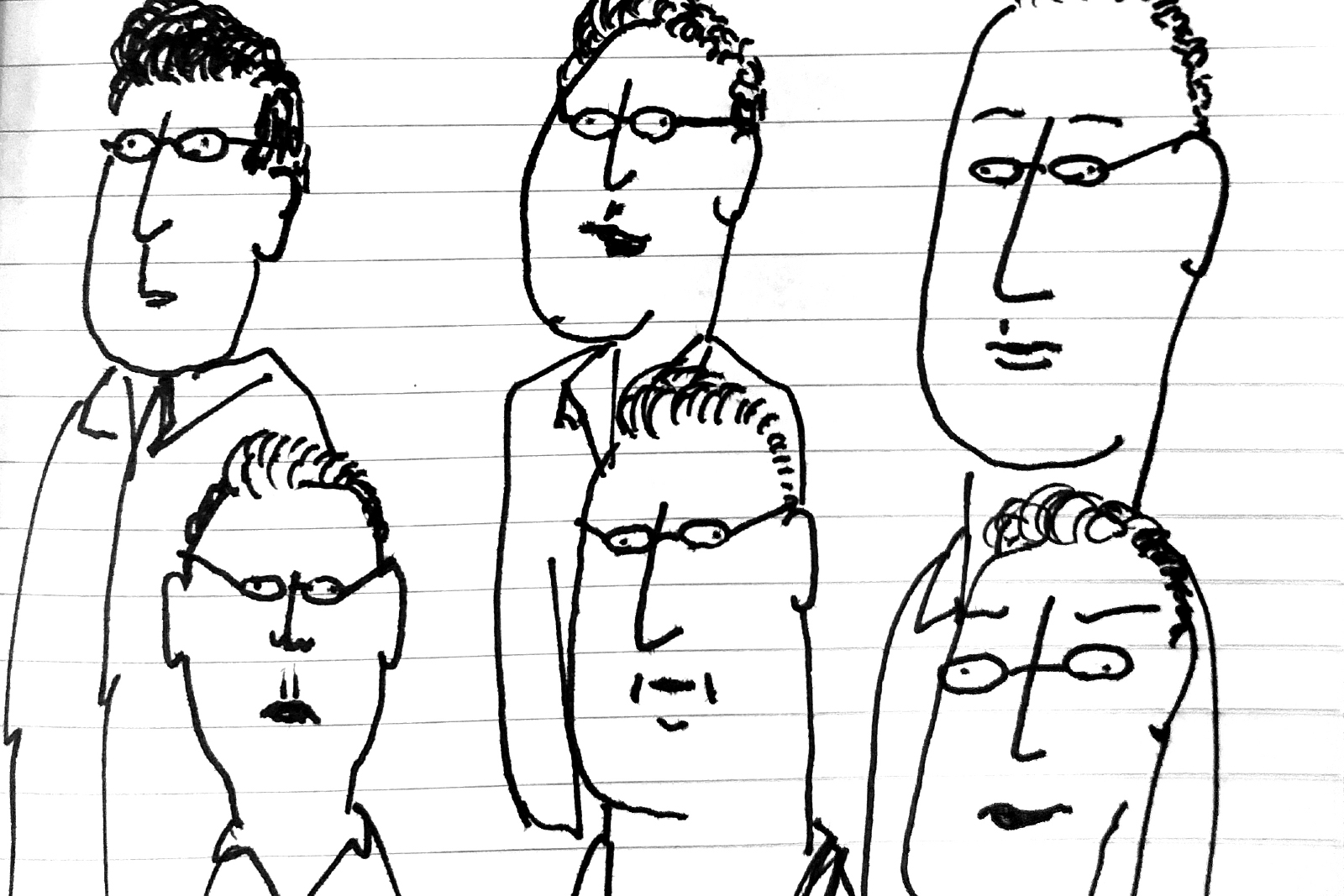 Christian Townsend from North Brewing made an excellent comparison at the end of his talk. Imagine if the automotive industry collaborated and shared knowledge as freely as brewers do. I’m picturing myself in a car that looks a bit like a classic super safe & comfortable Saab, with the speed of a Ferrari and the electric power of a Tesla.

It’s evident from the good feeling and sharing of knowledge at the congress that brewers are really good at this already. In such a competitive market, it’s an inspiration that rival brewers brew together to create collabs and explore new techniques together.

We do feel that UK brewers are also at the cusp of an even bigger collaboration. With Big brewers being able to take advantage of market share and economies of scale they are crushing the commercial viability of many smaller independent brewers. Sam McMeekin from Gipsy Hill, as well as obviously being a whizz at data crunching and excel spreadsheets, has identified the advantages that independent craft brewers will have if they work together to lobby government to level the playing field. It’s obviously a tall task—at one point even defining ‘craft beer’ seemed beyond the speakers—and there are already UK wide groups like SIBA & CAMRA that have up until now struggled to get the leverage they need to make real change. However, the combined might of an industry that is already teaching us all how tasty collaboration can be is sure to succeed. 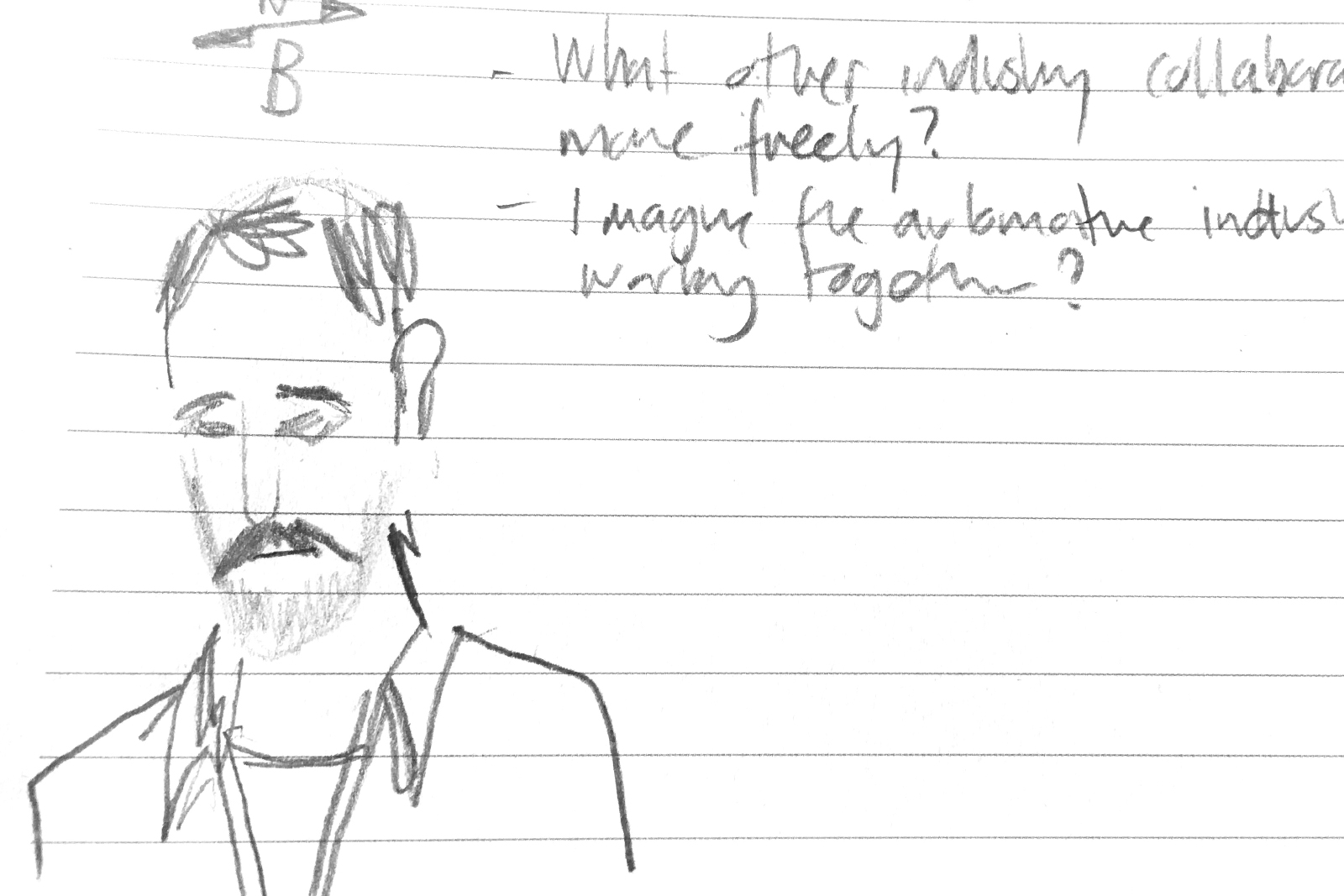 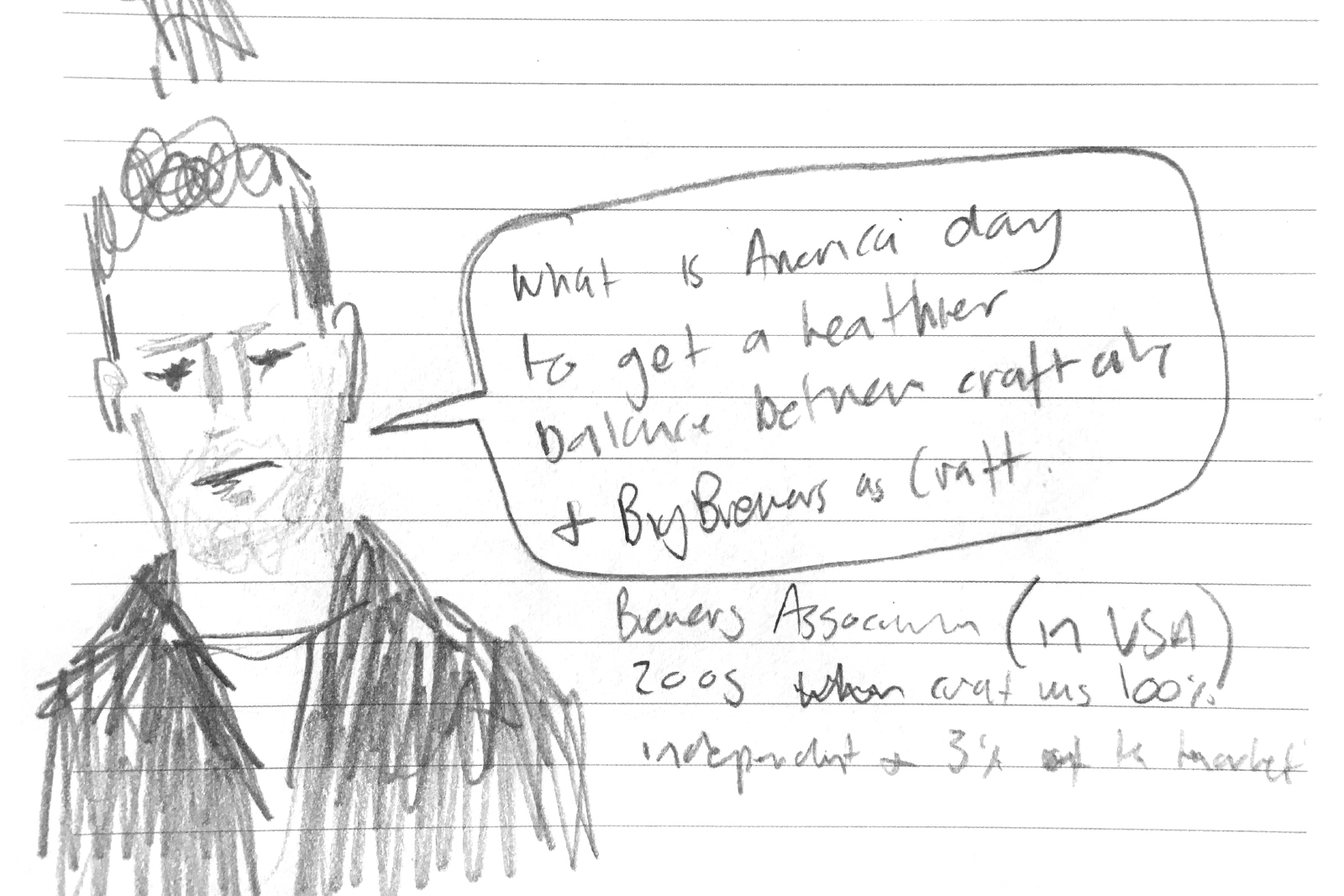 Brewery Culture Can Be Used For Good

One of the best parts of the Brewers Congress was seeing what brewers are doing for their communities all the way from a local level to a global level. Gabe Barry from Brooklyn Brewery gave us a great history lesson regarding beer and its power to bring communities together. Describing pubs and taprooms as shared spaces where people can interact and talk with others shines a positive light on the kinds of places we may take for granted, and she encouraged us to view a good beer scene as having potential for positive change. This is before we even look at all the charitable donations made by breweries across the UK and beyond. The grassroots nature of most craft breweries tends to foster an attitude of generosity and sharing, which is a great thing to see. 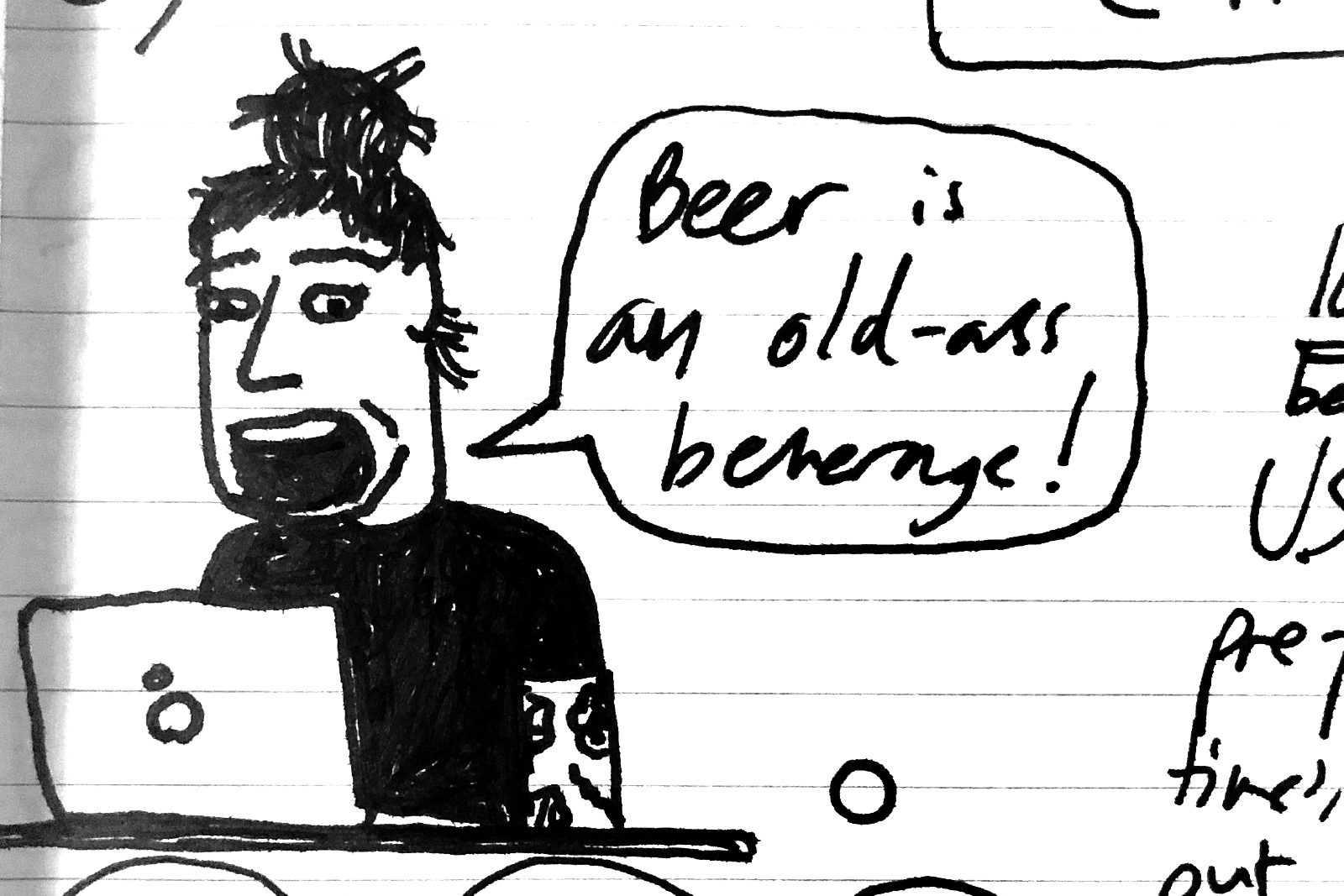 The brewers congress was also a safe place for people to voice some more controversial opinions, and you know what, people were all too nice—or tipsy—to get angry about it. Here are a few of our faves:

‘You know these Citra IPA’s everyone is drinking, don’t you think they taste just like the lager & lime we used to drink in the 70’s’
Miles Jenner, Owner of Harveys Brewery

‘Sell your brewery, and you will go to beer heaven’
Anders Kissmeyer, Nørrebro Bryghus

‘We should be looking to America to get a healthier balance between Craft Ale & Big Brewers as Craft’
Sam McMeekin, Gipsy Hill Brewing

‘Craft beers are all under-baked and worty’
Rod White, Assistant Professor (of brewing) at University of Nottingham

‘You can’t get drunk with eye shots, or soaking your feet in vodka’
Dawn Maskell, Director of the International Centre for Brewing and Distilling at Heriot-Watt University 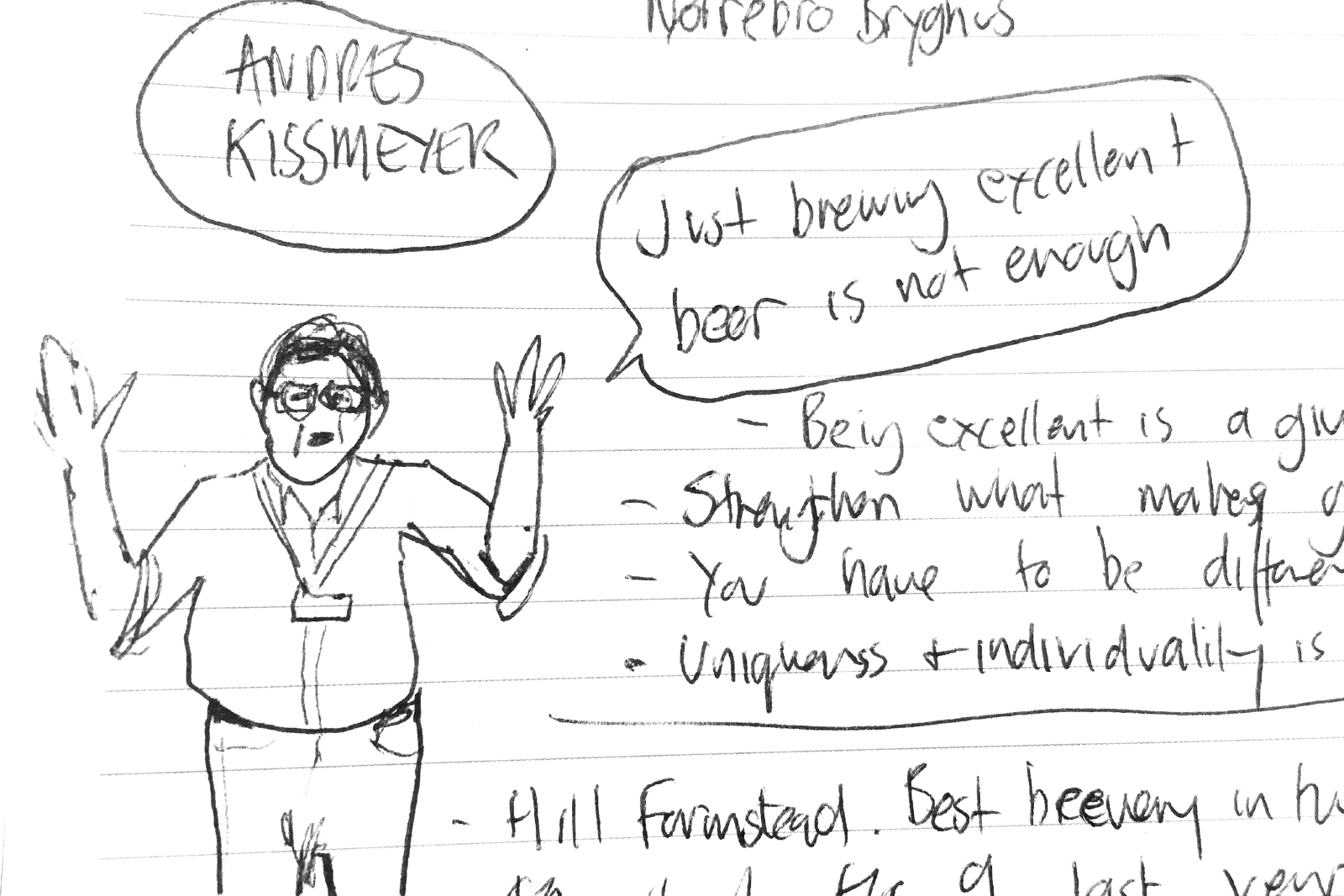 This title is lifted from a great talk by Anders Kissmeyer, global brewing titan, best known for his work with Carlsberg and Nørrebro Bryghus. His point was that in today’s saturated market, making excellent beer is a given. Especially in the ‘craft’ space, uniqueness and individuality is key. This of course is not just in your beer flavours, but also the personality you present, be that via your brand or the way you communicate to consumers. This might explain the habit a lot of craft brewers have taken to keep pushing for new flavours, new hops, new techniques.

This habit however was much derided by many speakers at the congress. Mark Tranter from Burning Sky brewery said “People want you to make something new; you just want to make something good.” The practice of squeezing as many hops as you can into a brew, with tonnes of fruit etc… seems to be becoming a dangerous ‘my penis is larger than your penis’ competition (ahem, Yvan De Baet’s words, not ours).

As a branding studio we see that uniqueness and personality are more than just your core product, it’s the story you share with the consumer, the journey you take them on. Although, as Roger Ryman (brewing director at St Austell’s) says, “Marketing will get people to try a drink once… good beer makes them want to drink more”. The tough truth here is you need to do both, make excellent beer and then develop an excellent way to tell the consumer about it. 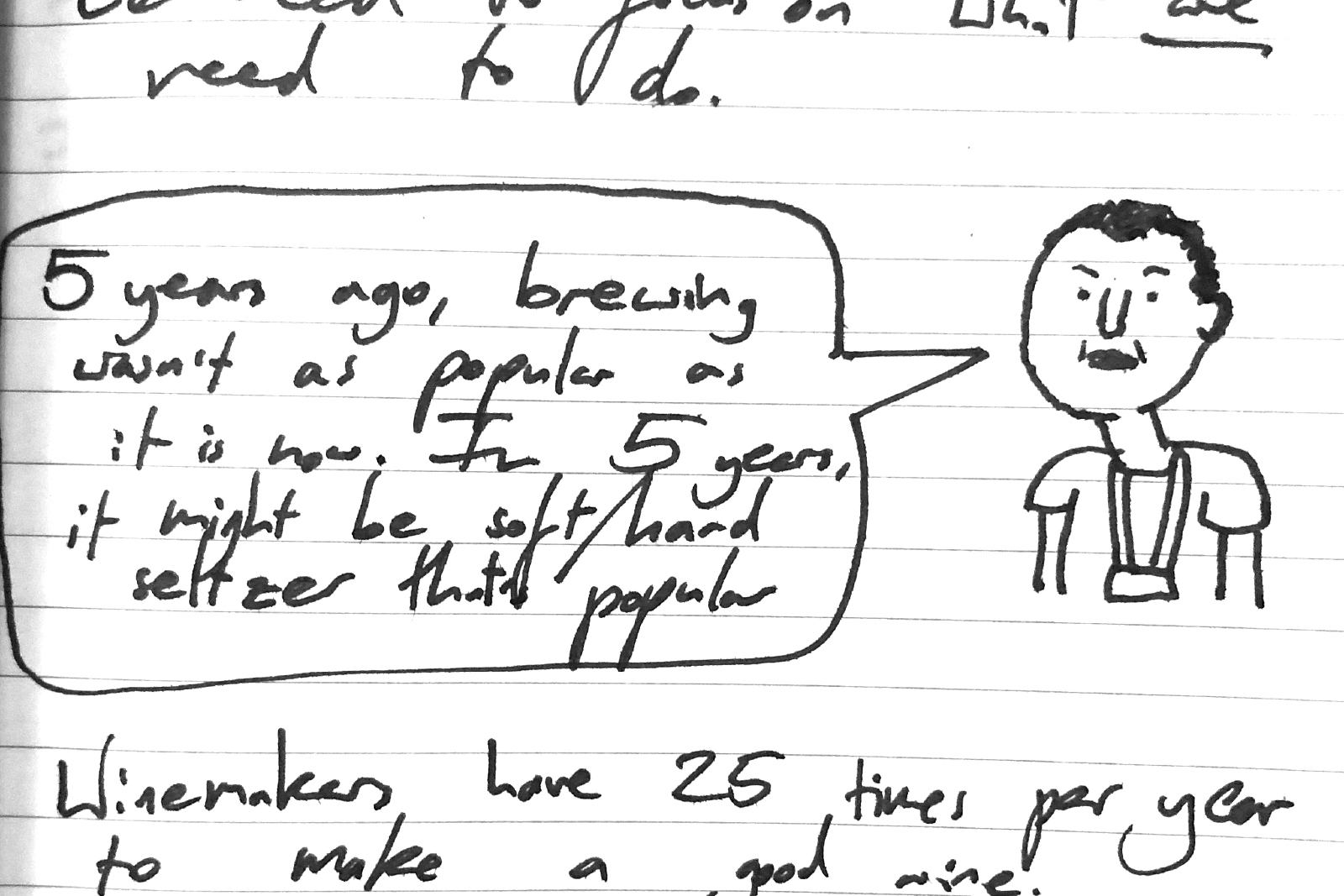