Last week Neil M and I took part in the Edinburgh Science Festival by acting as mentors for FuseLab, an awesome two day workshop of innovation, strategy and design for futuristic habitats on undiscovered planets. I know; there was almost a fight in the studio as to who would get to go. 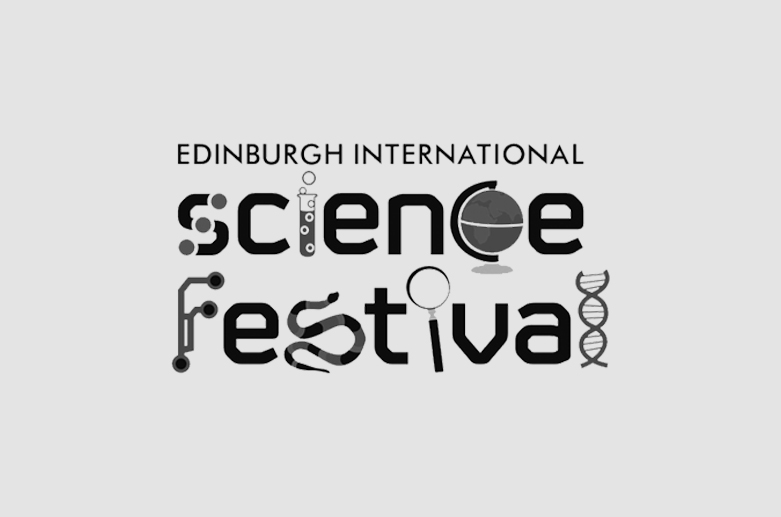 After a flustered start (Neil was promptly on time… albeit at the wrong venue) we kicked off with a brief introduction to ourselves and O Street – noting of course our great sense of humour and keen interest in whisky and beer.

Then followed a brief ’master class’ on graphic design to two representatives from each workshop group. Condensing the concept of graphic design and brand identity into 20 minutes was no mean feat, but we stuck to the basic principles; have a strong idea as your foundation; think about your audience; use colour and type wisely, and above all; keep it simple, stupid. 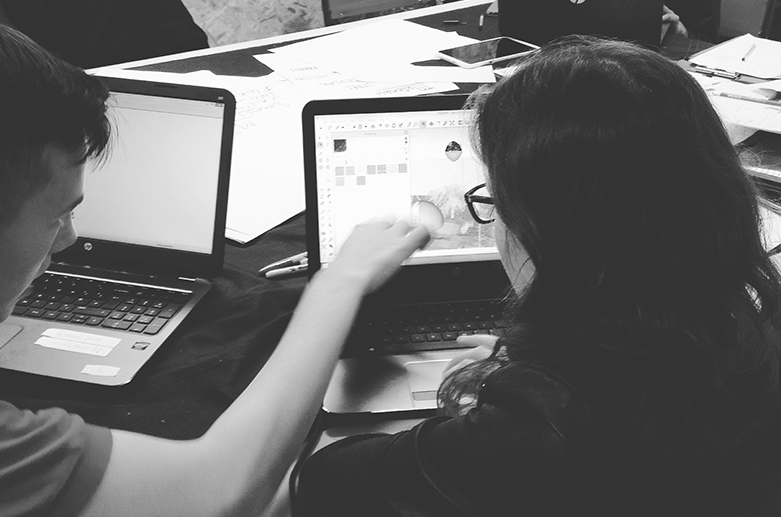 With these wise words and few other gems of knowledge to aid them, our mini-me graphic designers returned to their respective groups to begin developing their inventions. Team 1 were struggling to navigate through their dense jungle environment in the rainforest biome; thus the need for a monorail above the tree-line. Team 2, meanwhile, had landed in the hostile habitat of Oceana; meaning a low cloud line and plenty of water – their idea involved a solar energy collector, floating 500ft in the sky. 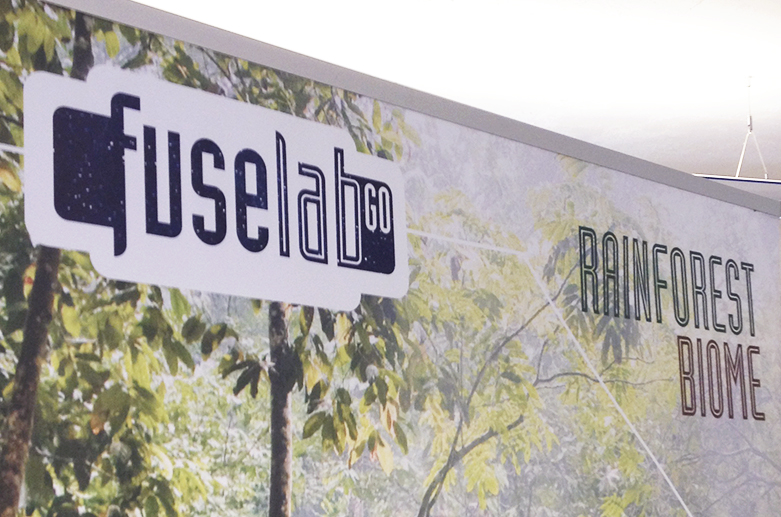 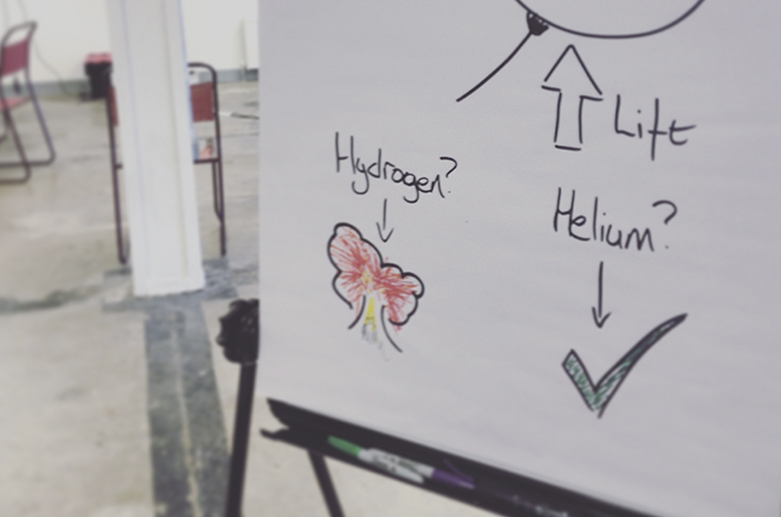 It was brilliant to be a part of this innovative project and actually so great to see a creative thinking subject being included as part of the infrastructure of a festival/workshop like this. I certainly feel Ken Robinson would approve of this inclusion of a creative subject in a Science Festival workshop – an acknowledgement that children’s incredible capacity for innovation goes hand-in-hand with their natural creativity; creativity that should be encouraged—not just as a skill or craft based subject—but as a thinking process that can be influential to all aspects of the development of a young mind. 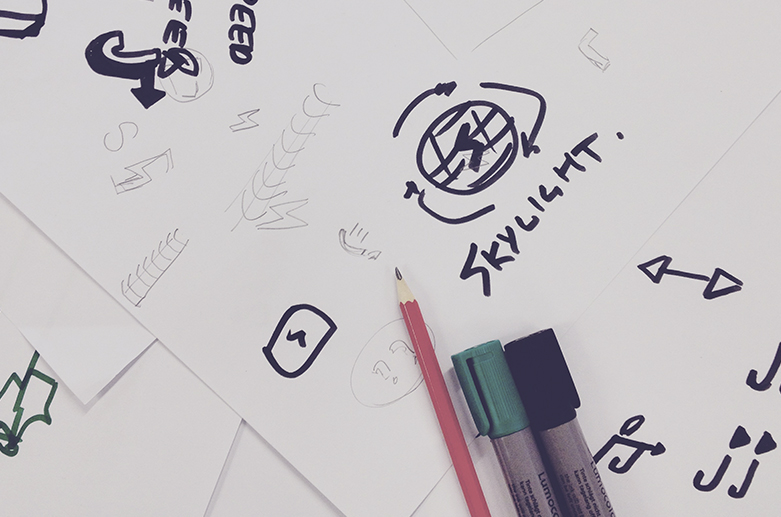 In a world where every education system has the same hierarchy of subjects—with arts still seemingly scrabbling around on the bottom rung—it was great to see an educational, forward-thinking program, such as FuseLab introduce an artistic discipline as a key aspect of consideration for these young minds as they contemplated the future state of the world.

Of course alongside our discipline of graphic design there was a product designer, a business marketer, a PR manager and an engineer – which made for a varied mix of mentors that perhaps offered tangible examples of some more alternative career routes available to these kids. Especially relevant as they embark on the next stage of their education and their thoughts (one would hope!) turn to their own futures. 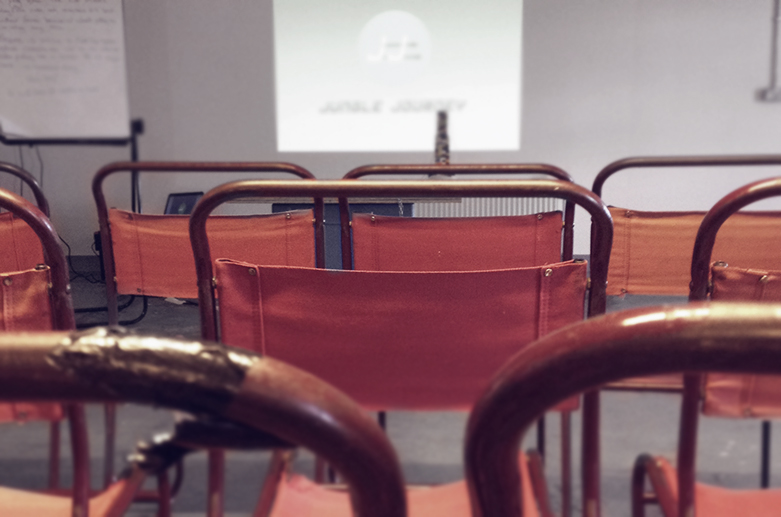 With the various mentors in place as hotspots of advice throughout the day, the two teams developed each aspect of their inventions, resulting in some fairly polished project pitches at the end of the day. Even with the challenges of powerpoint the students pulled together some respectable slides – decorated of course with their respective brands; produced with the help of Neil and I. Yes, we’ll admit, we really did get into it – sci-fi fonts and all.

All-in-all it was a pretty good day for innovation, creativity and alternative thinking – areas that we like to think are reflected in our own day-to-day practice here at O Street (that and space travel). We do like our sci-fi after all… especially when it involves lego models. 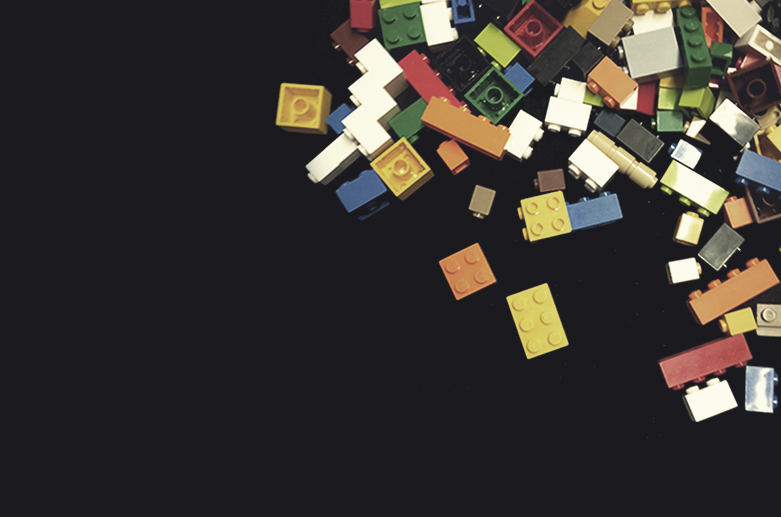