All you need to protest Donald Trump is, well, Donald Trump. It goes for his character as well as his name. Download the kit here. 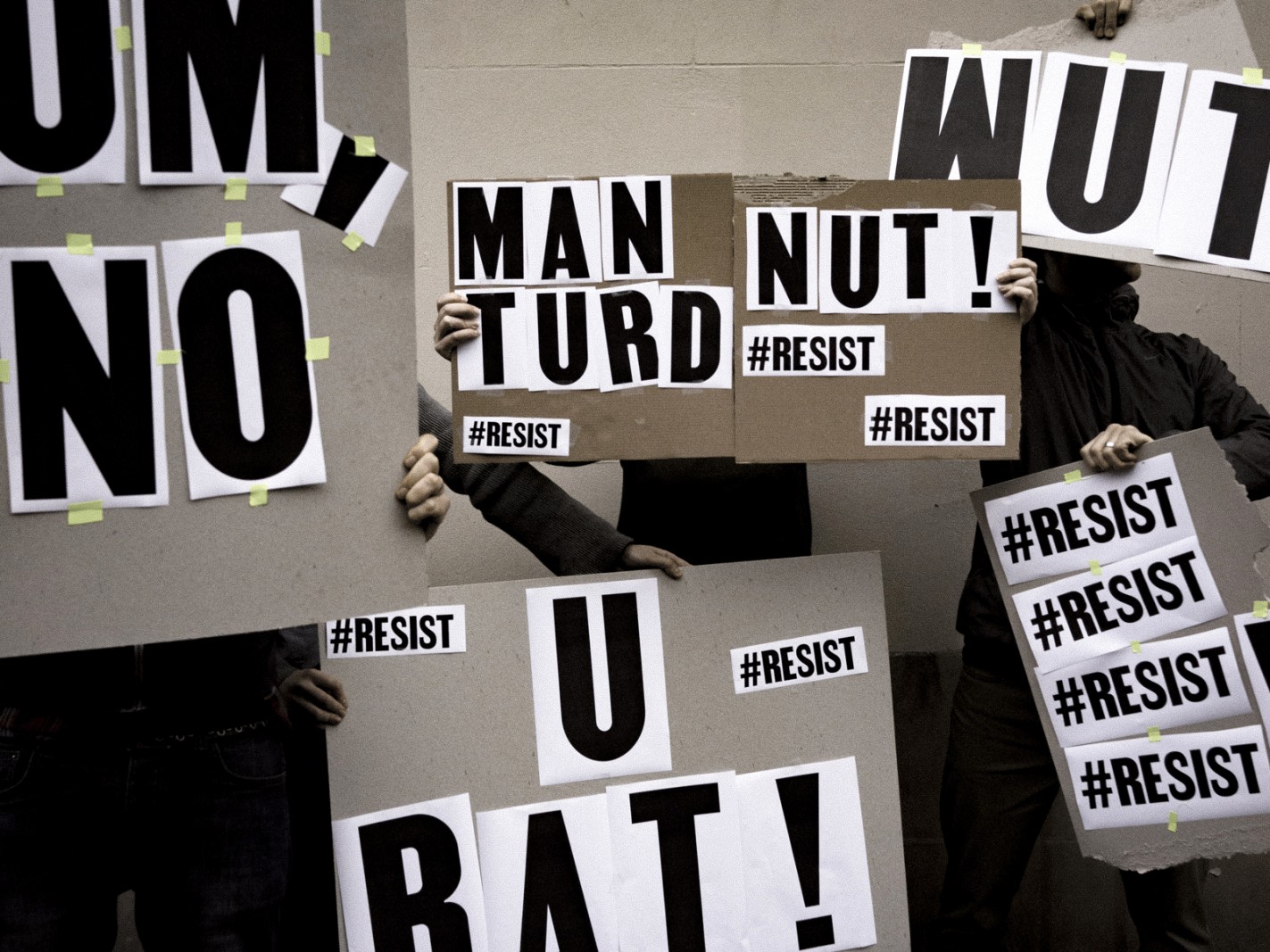 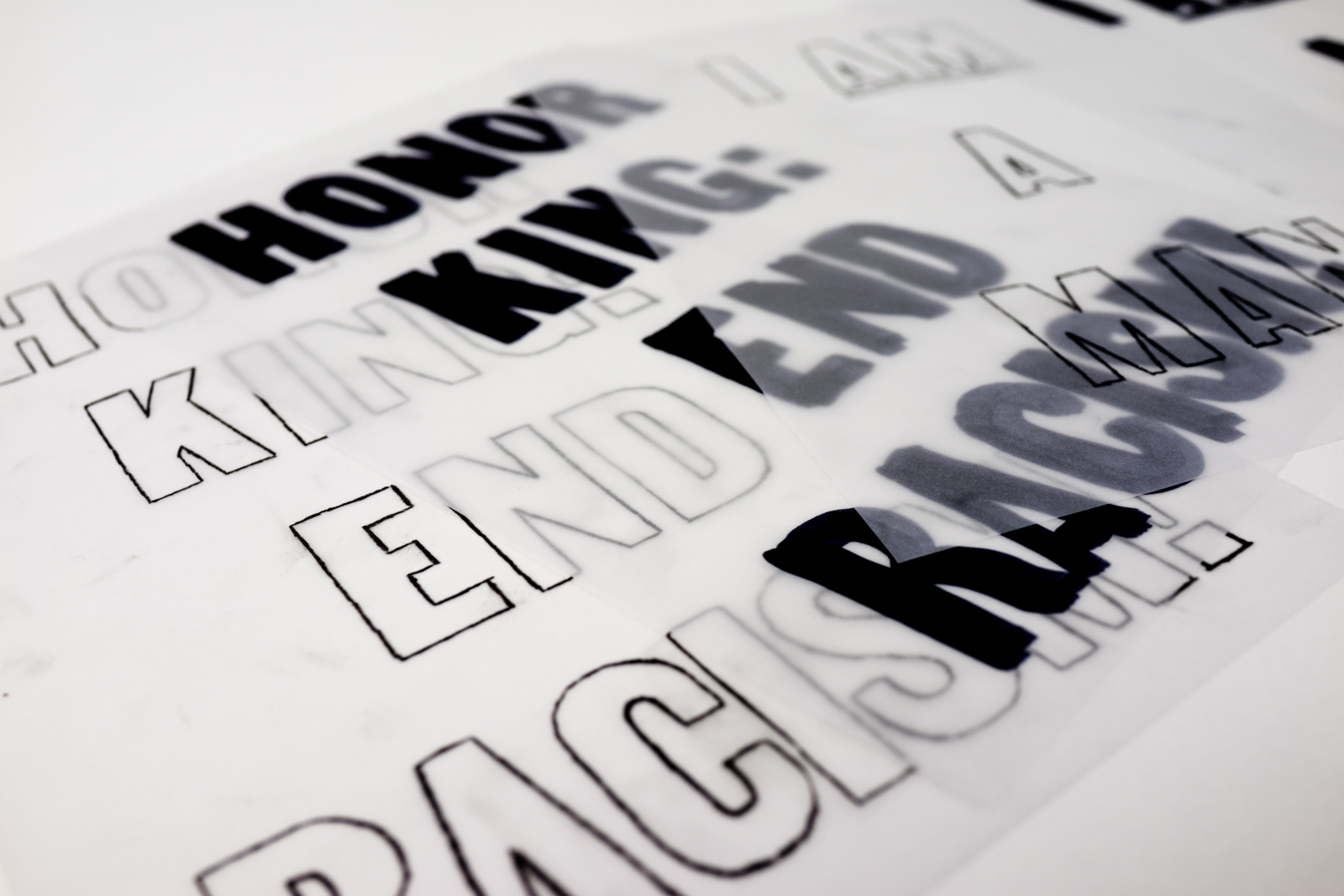 So we drew DONALD TRUMP! in a typeface inspired by old-school civil rights signs and uploaded it here for you to download. If your Sharpies have gone dry just keep these files on hand and print, cut, protest. 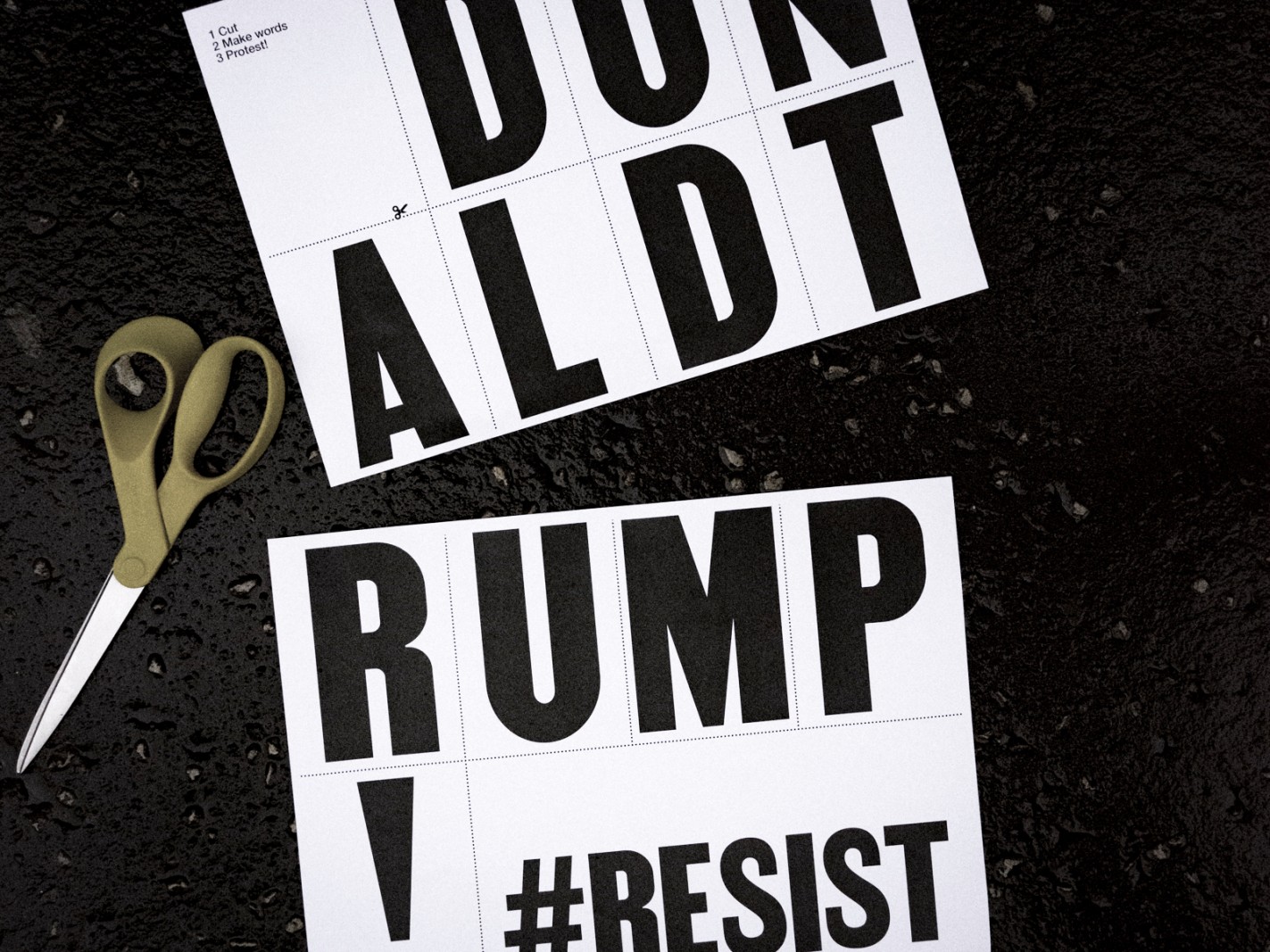 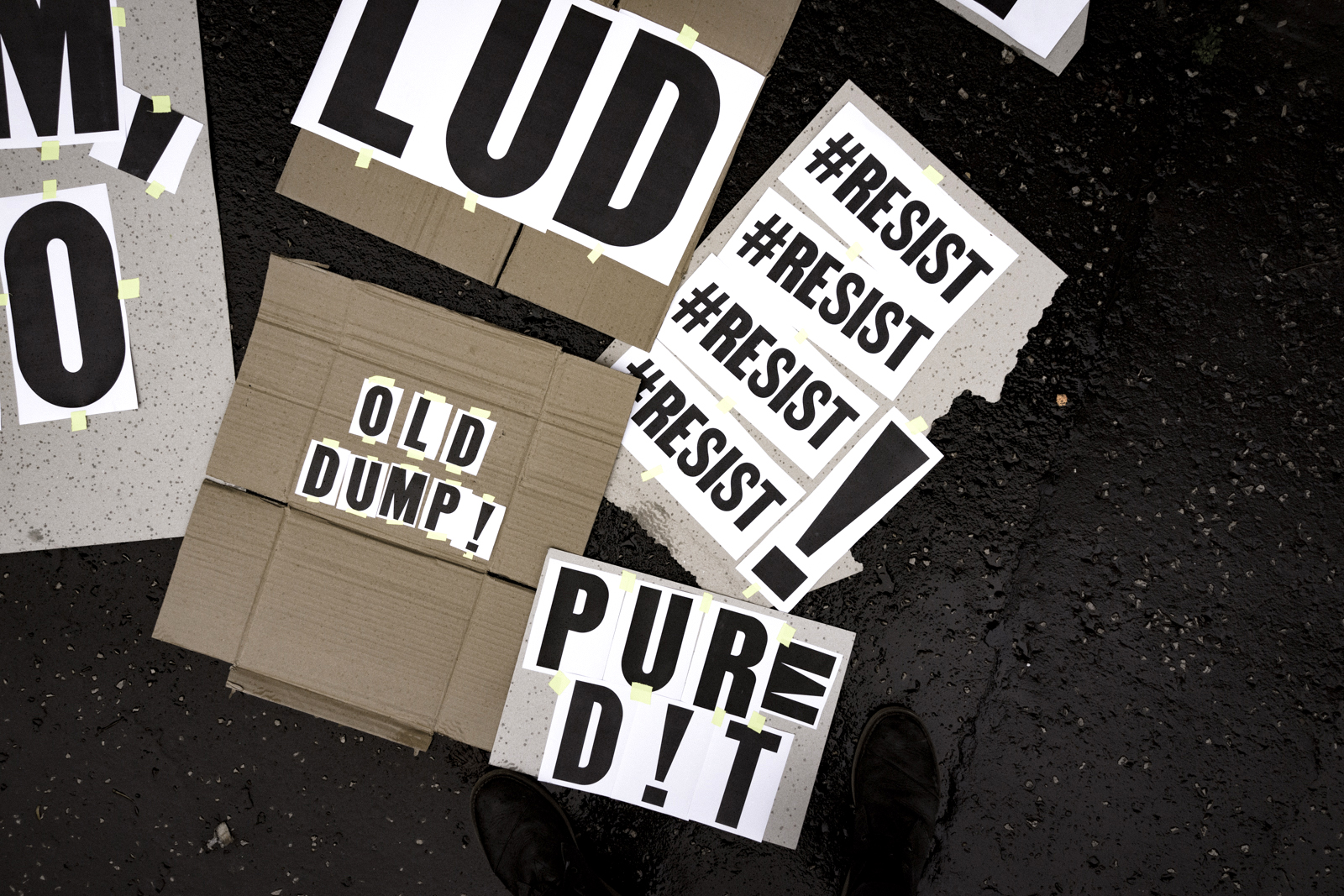 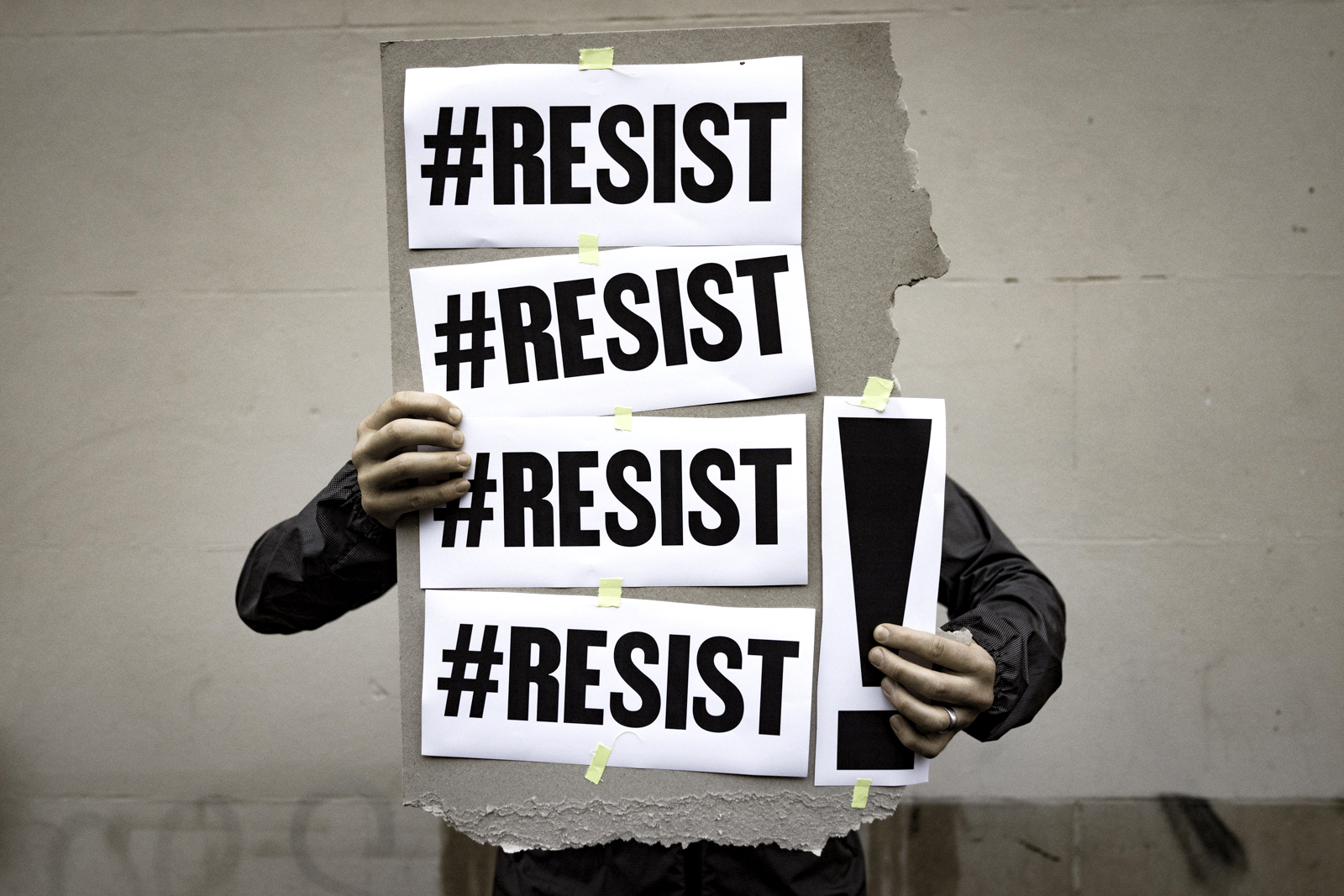 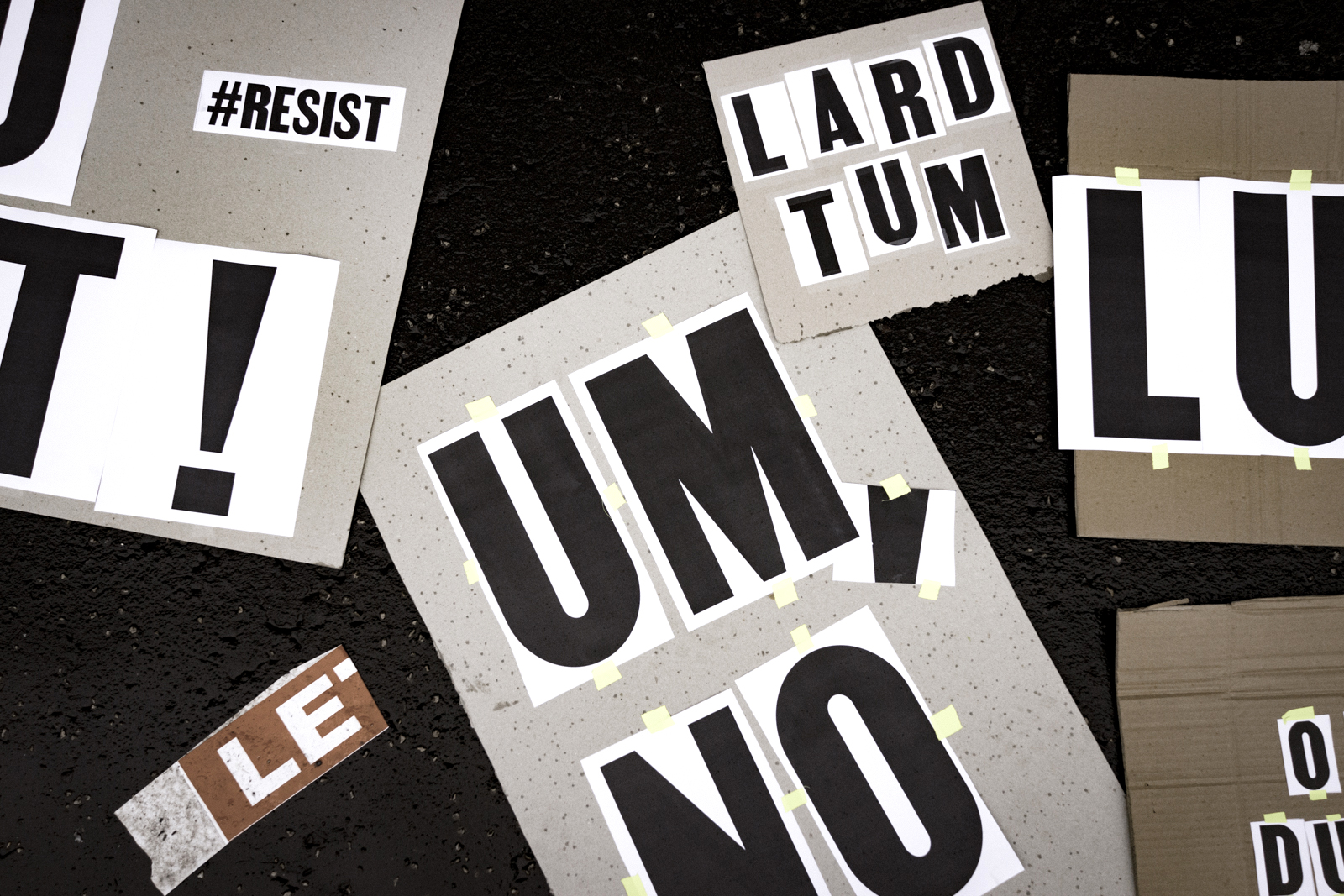 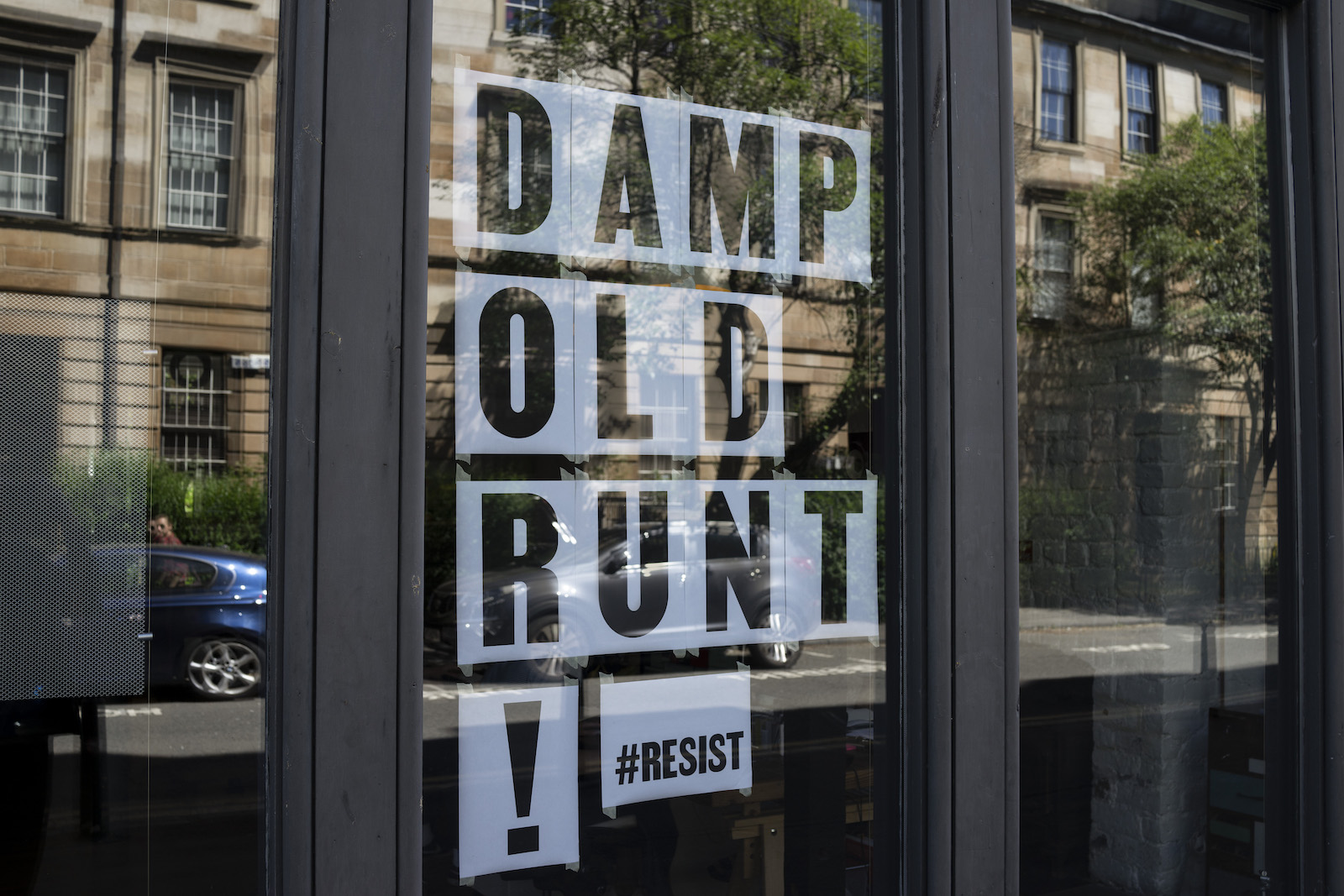 We’ll also make requests of any digital posters, so hit us up with your best Trump scrabble job and we’ll send it to you!

When I arrived in Colorado, I thought I was good to go: thoroughly hydrated and ready to plow through the altitude sickness. And boy, was I wrong. After a few hours of throwing up my guts, I required some serious adjustments to get well. 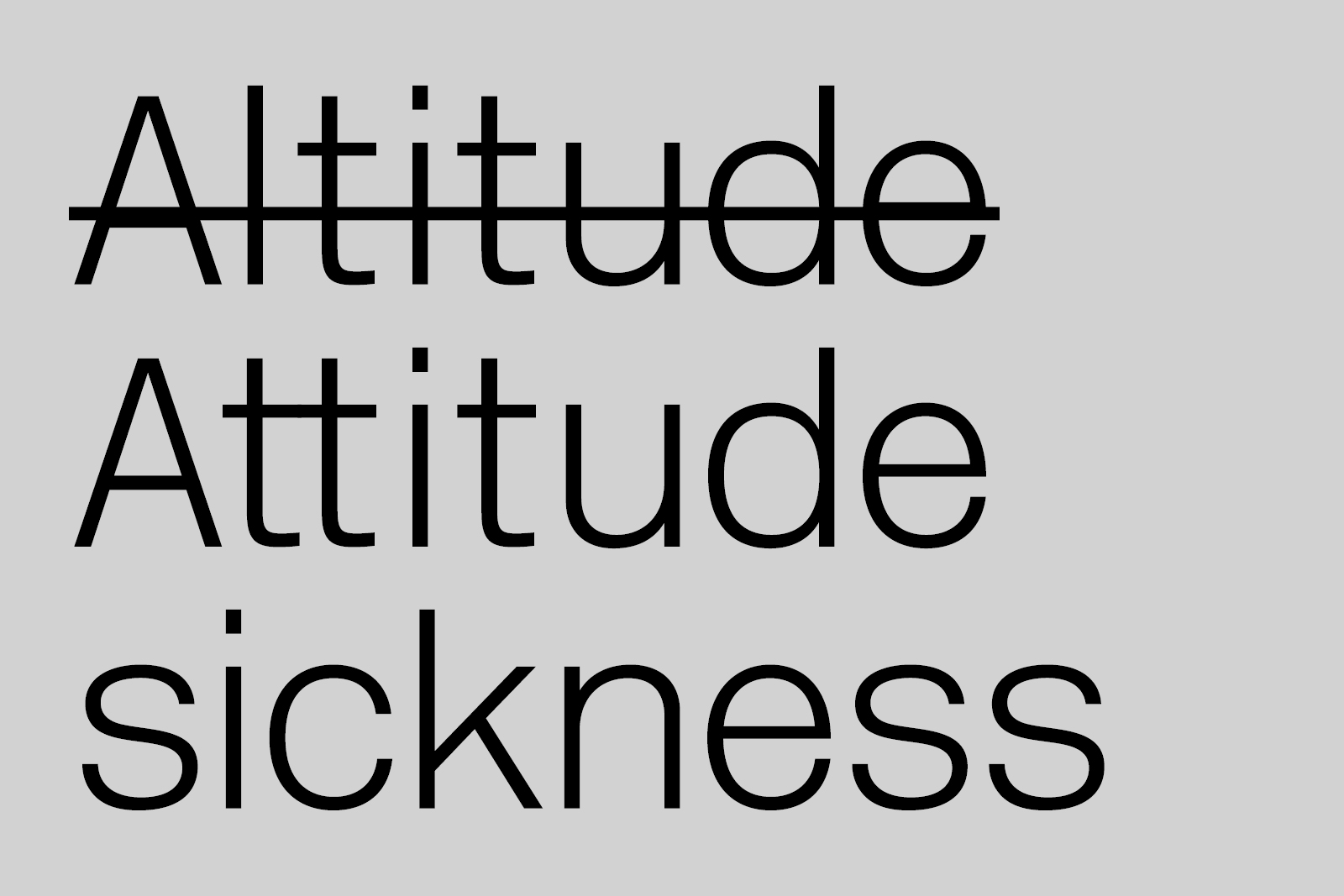 While getting a hand from some seasoned Coloradans, I learned there was really a science to acclimatizing up in the mile high city. Eat these certain things, perform those certain actions, and you’ll get through it. Within a day or two I was physically feeling like myself again—but not mentally.

Moving to a new place, disoriented and homesick, I realised I’d gotten over altitude sickness only to be stricken by attitude sickness. I needed to get myself right, so I turned to the ways that got me acclimated to the altitude. 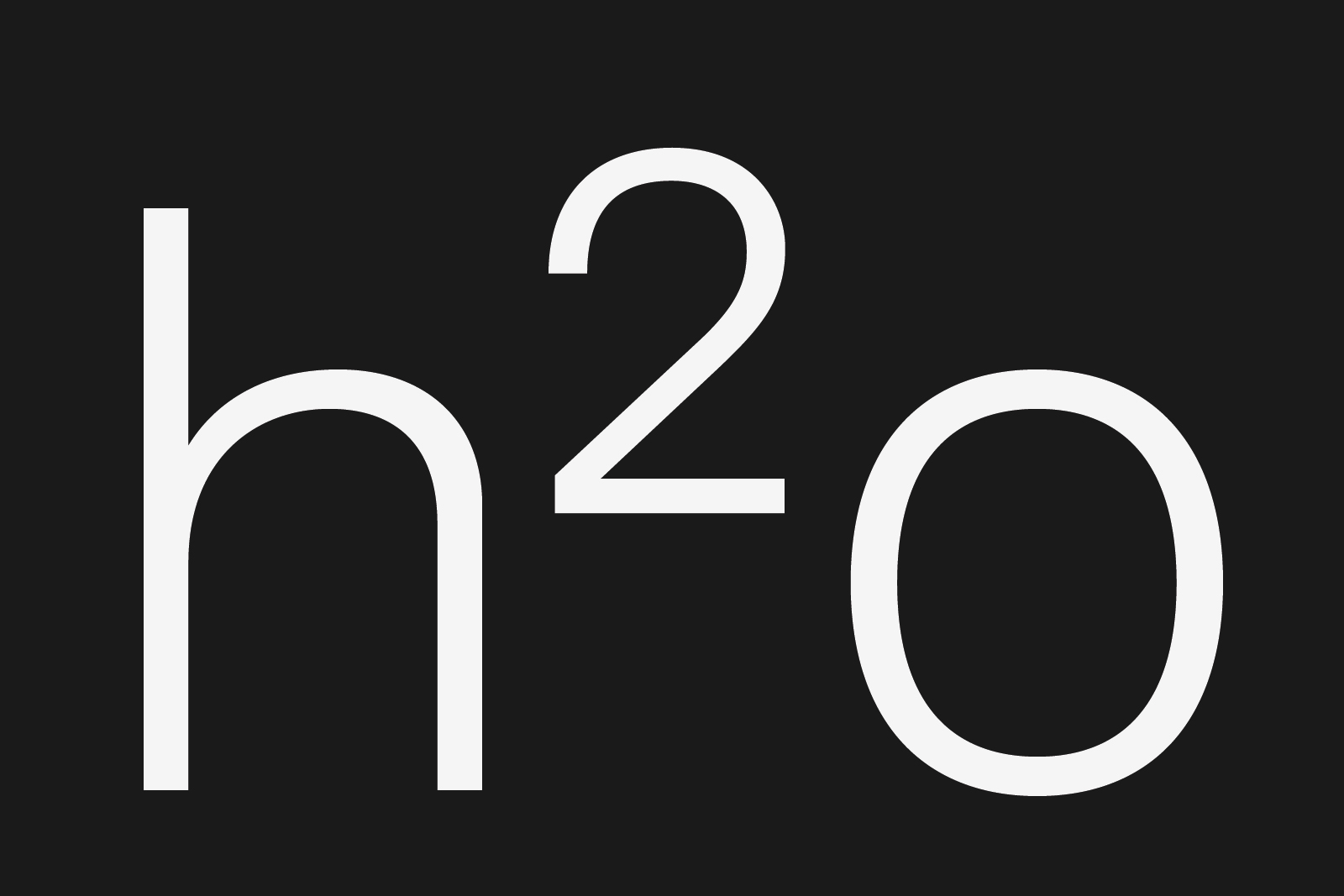 We’re mostly made of water, and lots of it does us good in more ways than one. If you’re really dragging mentally, treat yourself to a day of heavy H2O consumption. You might be surprised that not just your body—but your brain—were begging for some oxygen from the liquid good stuff. 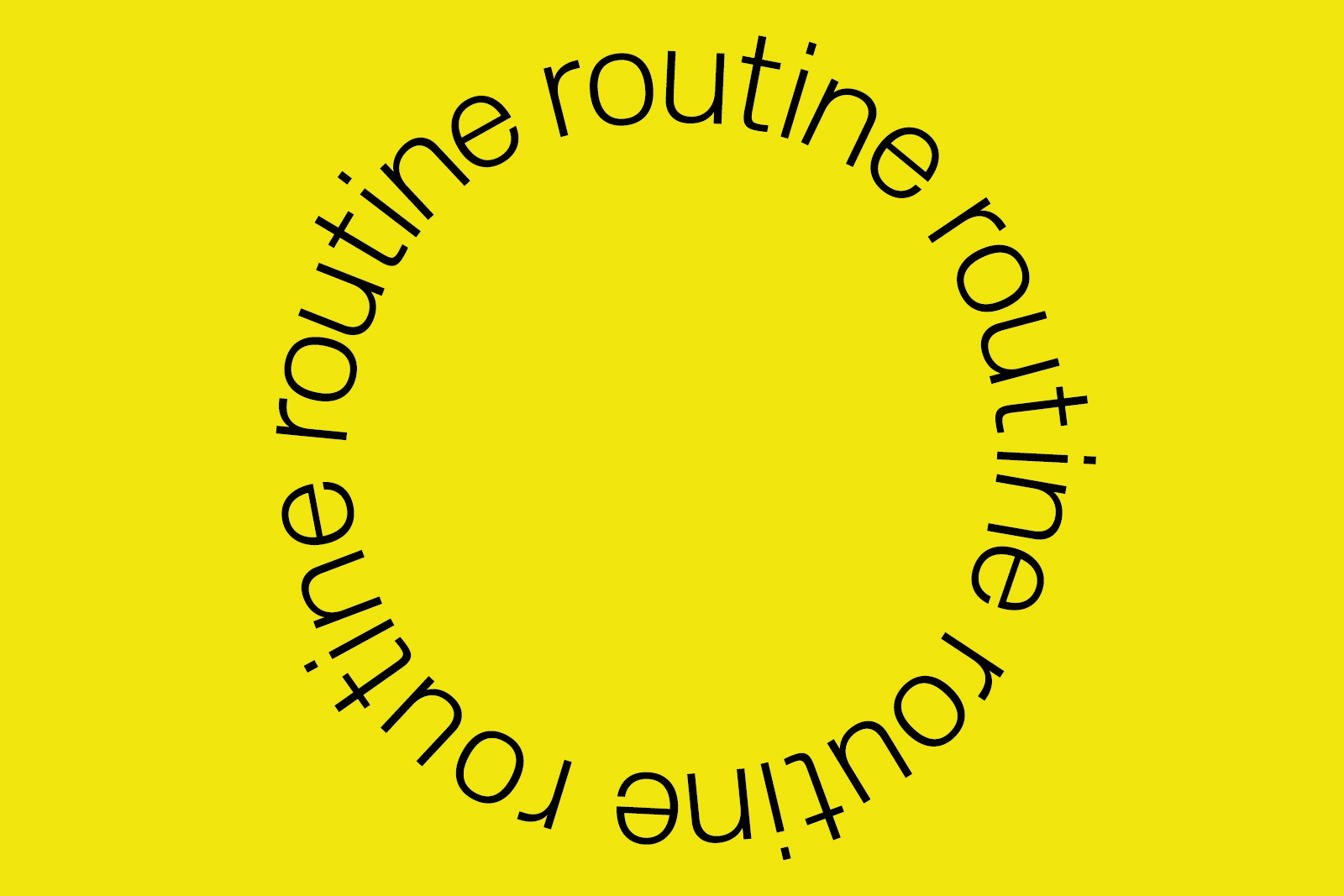 Steady bed and rising times, consistent recreation and exercise, and taking meals at regular times will get you through any rut. It’s also one of the most difficult things to do. Write your routine down. Tell someone about it. Don’t beat yourself up when you fail, just ride the wave and get back to it. 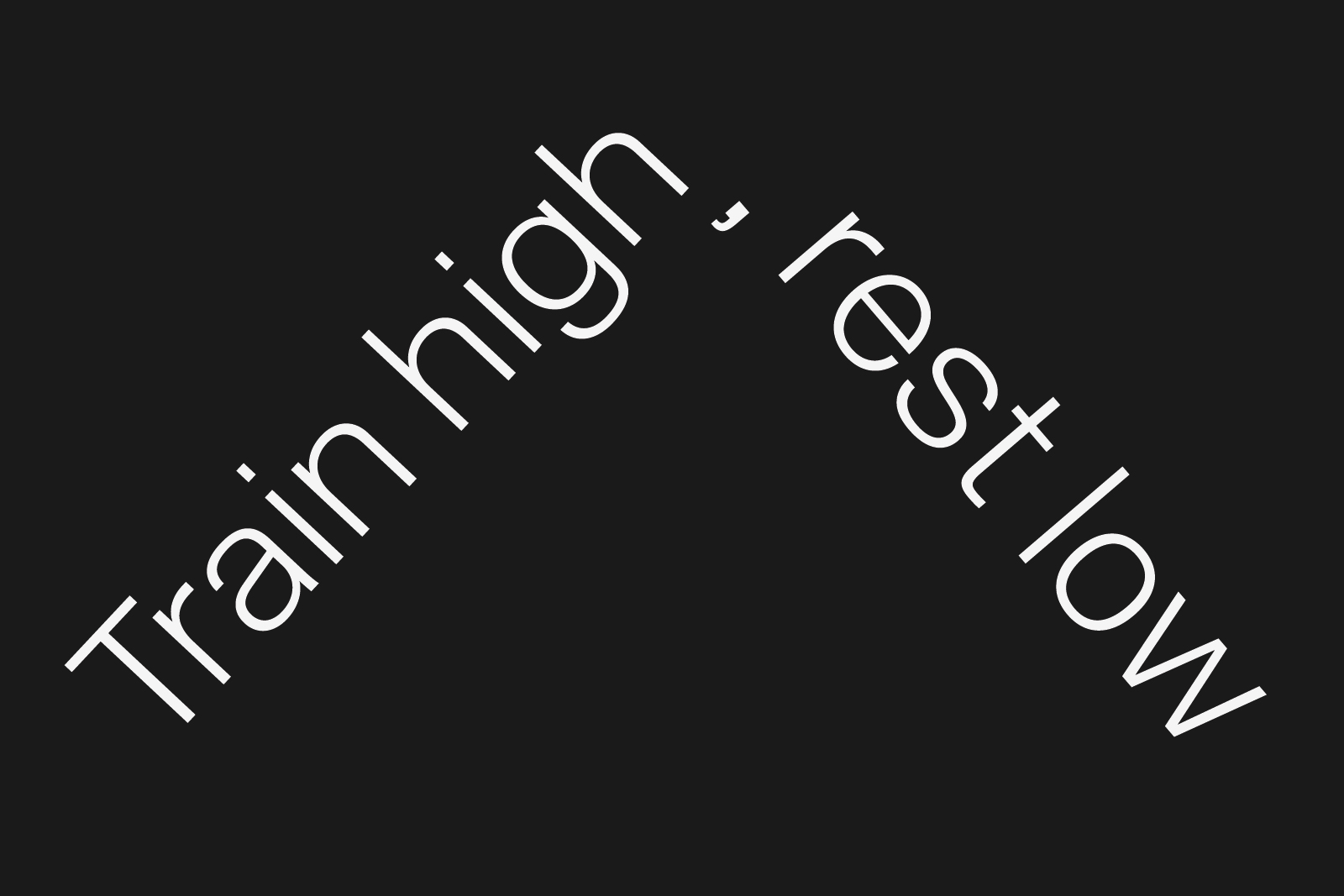 Mountain climbers employ this strategy to acclimatize. Climb, come down a bit to rest overnight, and day-by-day go incrementally higher until you’re at the top. You can do the same with sorting yourself out and getting things done: take a bite out of a big goal, come back down to a more comfortable level to recover, then go out and take a bigger bite. 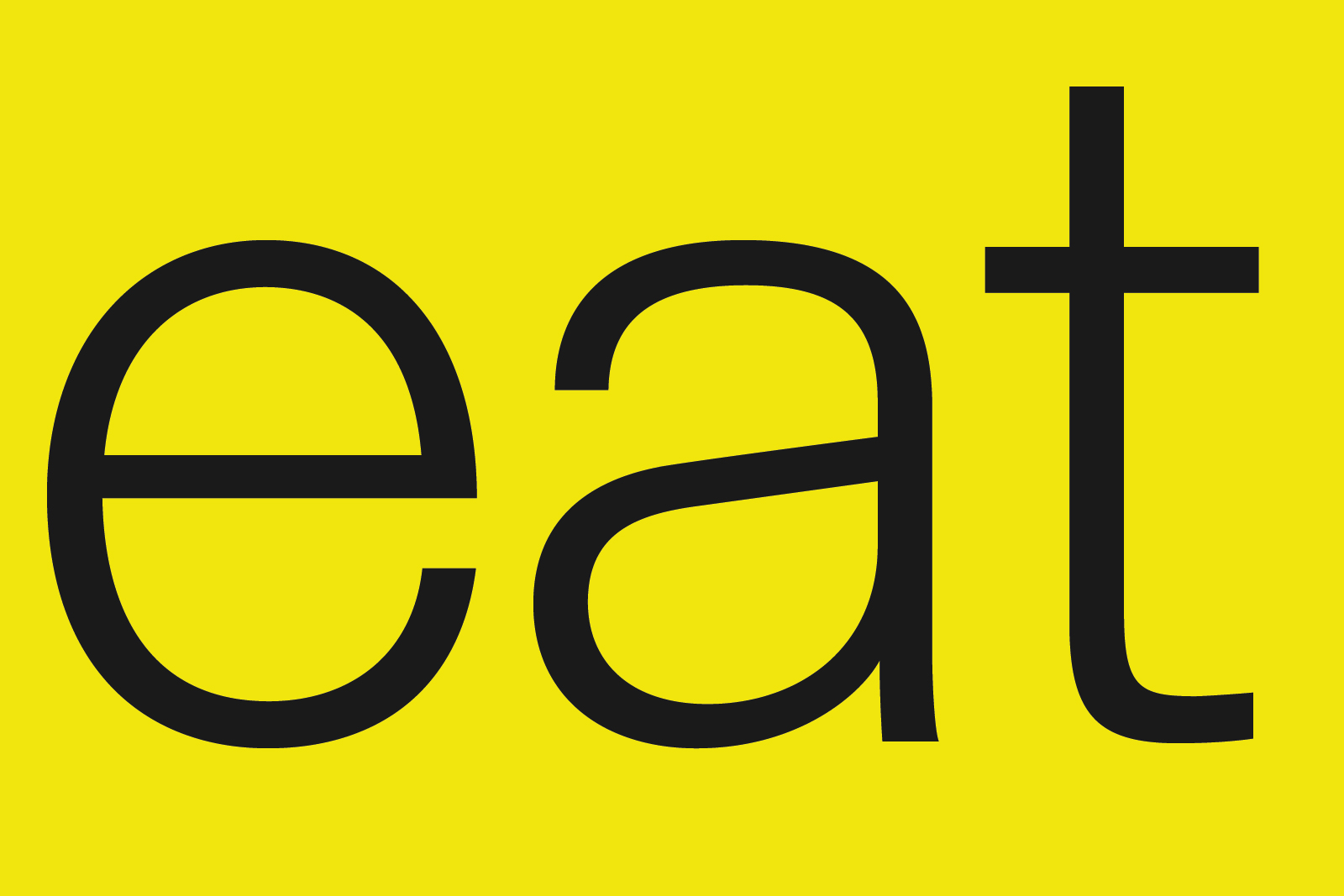 To recover from altitude sickness, I was given foods high in healthy fats, like avocados and nuts. Your brain also thrives on this good stuff and it gives you loads of energy, keeping you feeling full. Whether or not high fat foods work for you, avoid processed garbage—you are what you eat. 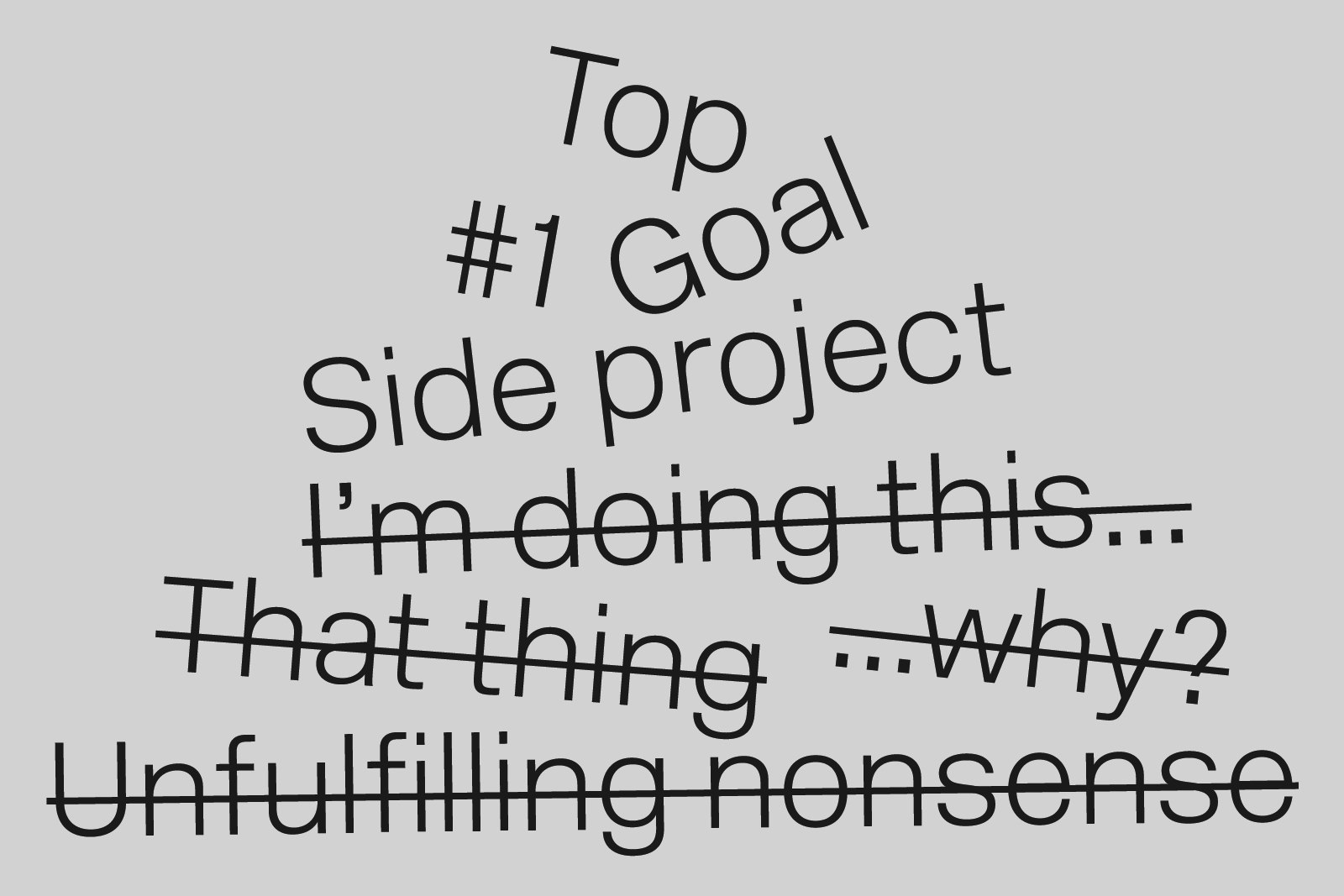 What really matters? Get a piece of paper and write down all the things demanding your time. Circle the ones that will really, truly help you get to where you need to be long term, and cross out the ones that don’t—banish those time-wasters from your life, and take that time to work on what matters.

A couple weeks later, I’m doing my best and feeling acclimated in more ways than one. Am I at the top of the mountain? Naw. But I did write this essay.
–Josh P

As our studio approaches a move to Colorado, we have a decision to make: does working with weed make you a moral or amoral designer? 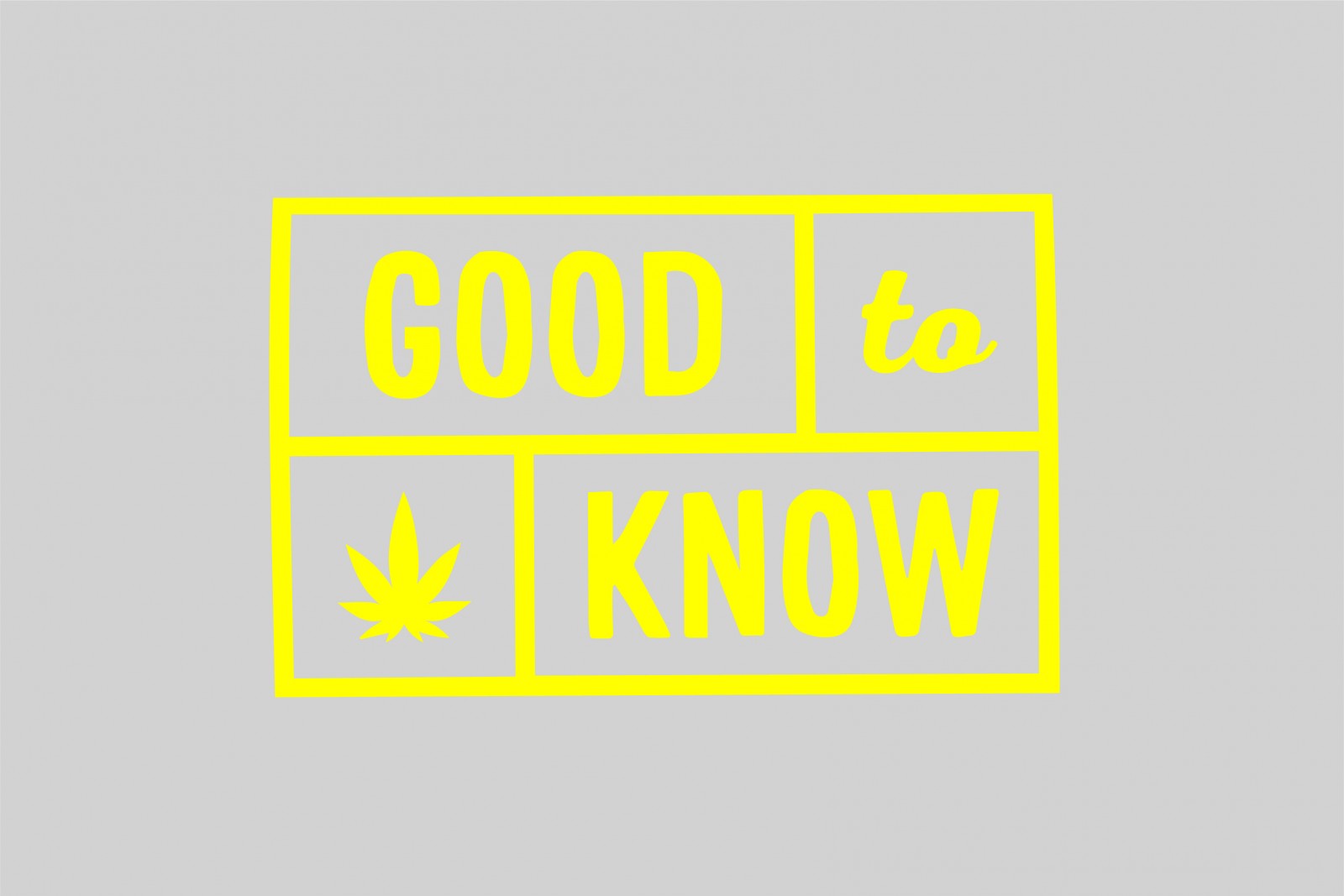 Information design from the Colorado Department of Public Health

It’s easy to work away as a graphic designer just making the things on our desks look and work better. Brief comes in, lovely work comes out. We sniff the blood of a juicy creative problem and take the bait, I mean brief, without digging a little deeper to understand the impact of what we do. Where are the morals that help us decide the kind of work we should, and shouldn’t, be doing? 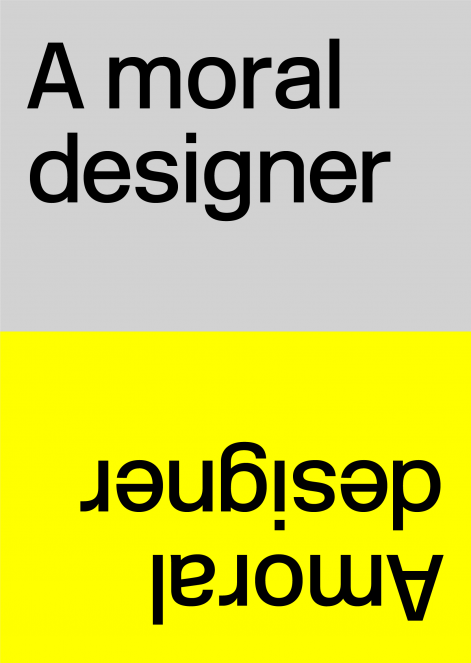 The reason top graphic design studios charge such high fees is that the success of the work we do has a tangible impact on people’s lives: on what they buy; what they click on; which beer they buy; and how much profit our clients make. We can sometimes even change somebody’s mind, help them make a decision, or educate them on a matter they didn’t know much about. 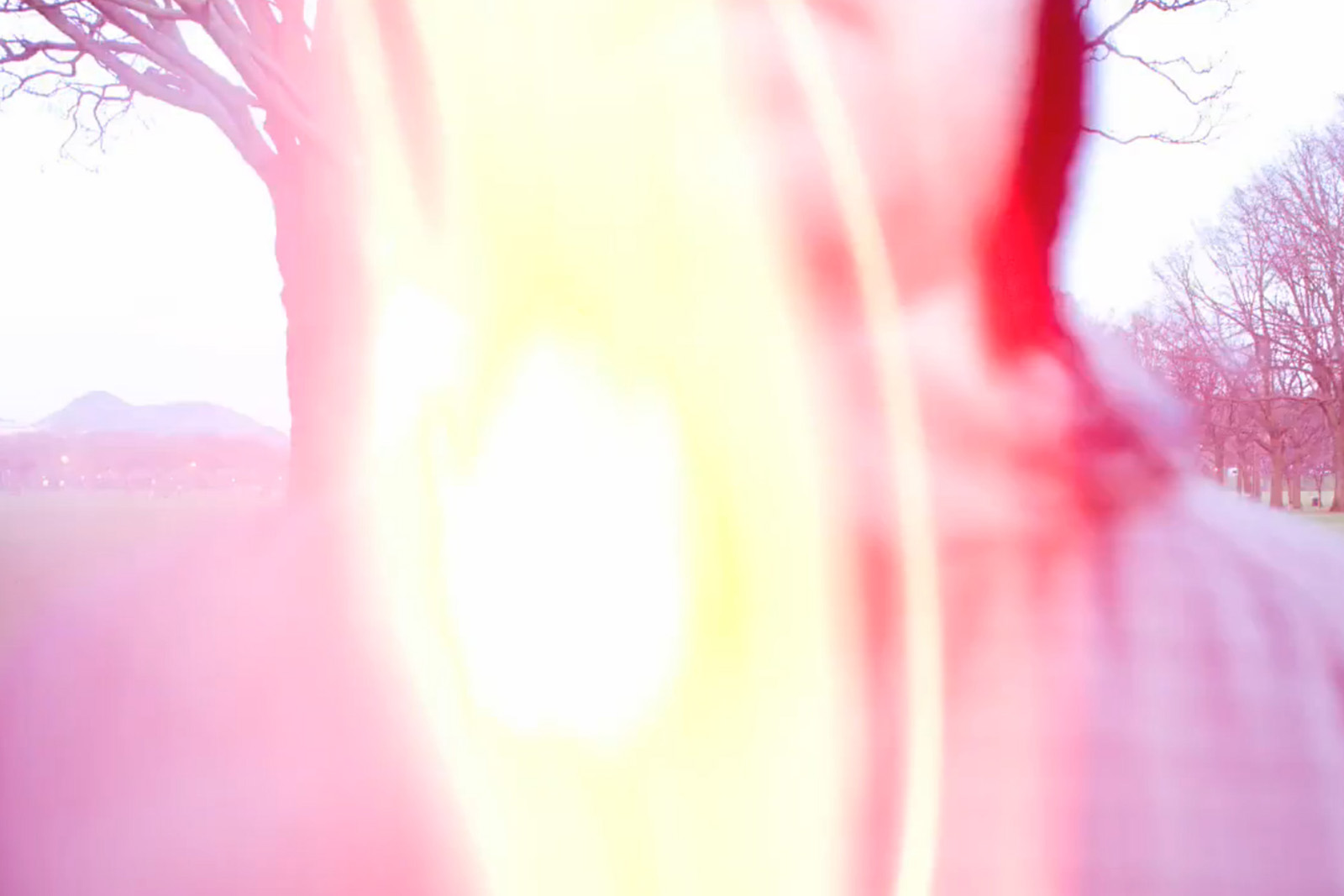 One of the reasons we started O Street over 10 years ago because we wanted to have more choice in the kind of work we did—we chose not only a career in graphic design, but also a smaller boutique studio because we wanted to work on projects we enjoyed, ones that enriched our lives! Certainly that means the kind of work we choose to do should be for goods and services that we fully believe in. Initially, we just wanted to do cultural work.

When the arts funding bubble burst, we widened the net to whisky clients without thinking too much about it. It is lovely, well-paid work, and a local product we are proud of in Scotland. 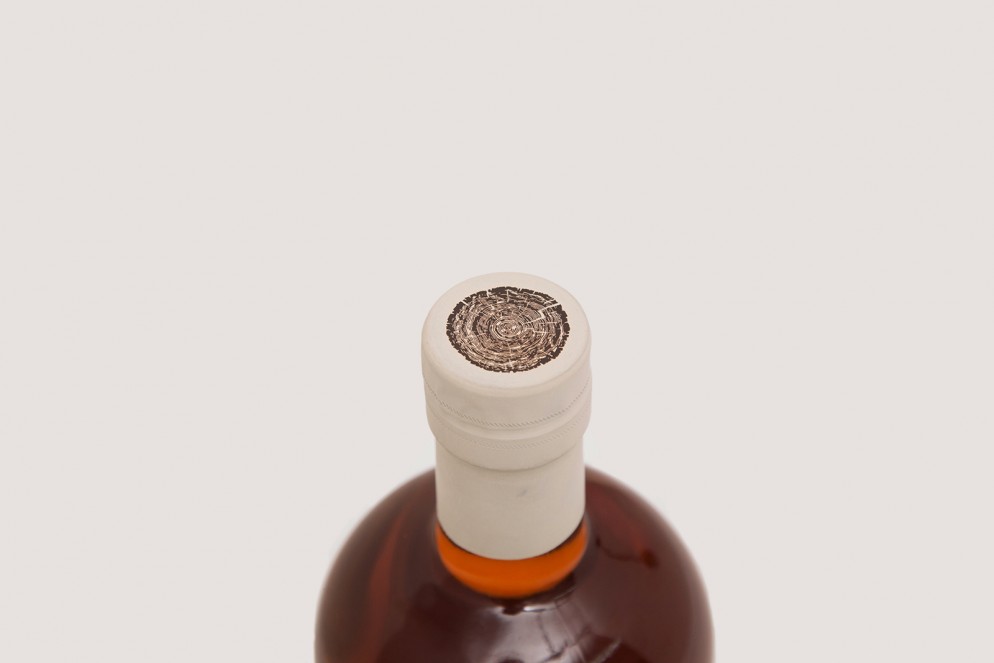 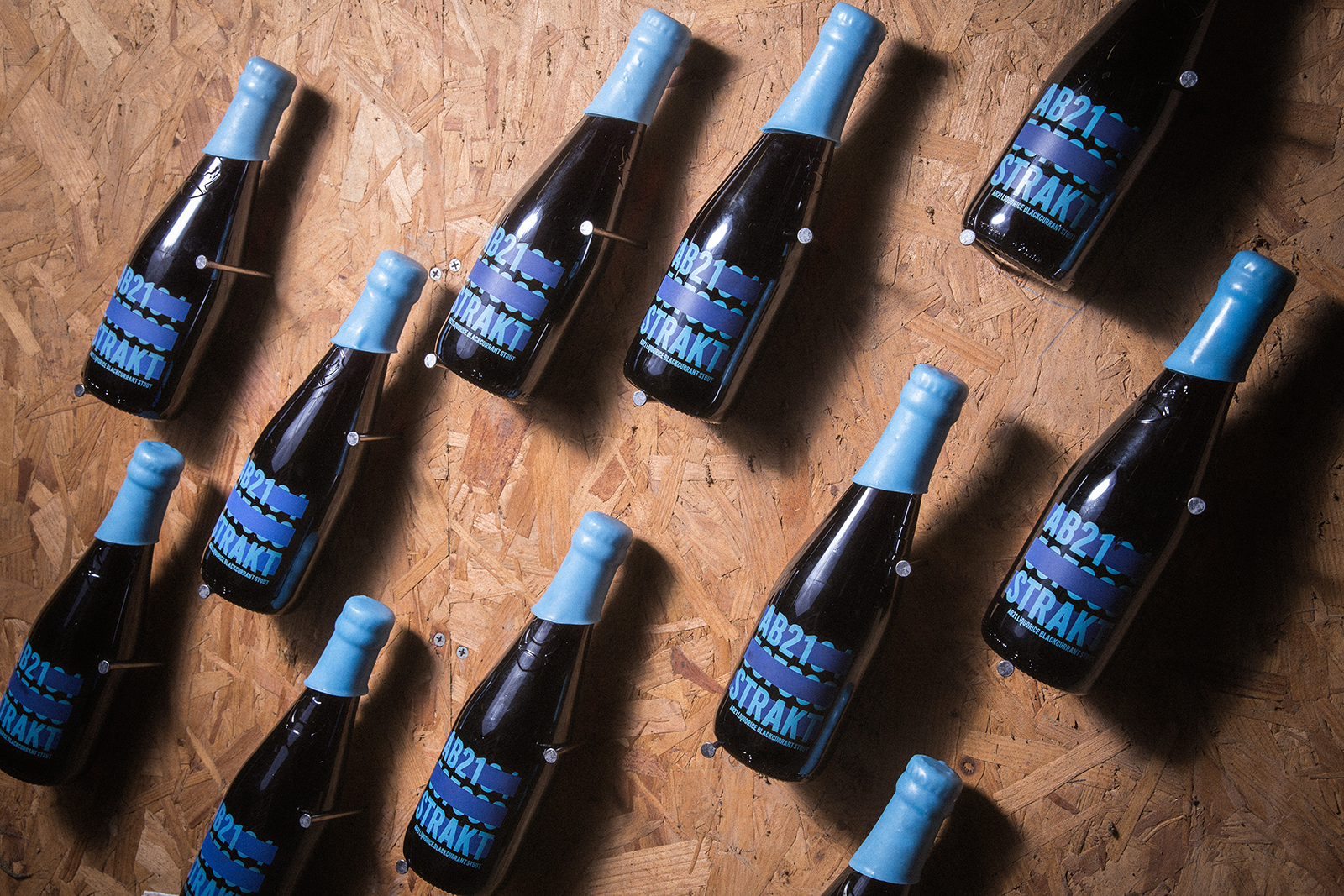 But working with alcohol is a tricky one. We’ve all woken up with the mother-of-all-hangovers and sworn off the poison for life. We all know people whose life would have been a lot better without the demon drink. Does choosing whisky and beer design work make us bad people? Would drinking it, but then refusing to work on it make us hypocrites? The classic designerly moral conundrum, of course, sits with tobacco.

I have a feeling I know which way we will fall here, but find the dilemma fascinating. Above everything else though, it reaffirms my belief in the value society should place on great design.

What is the shape of design in the future, and how does technology affect creative practice? 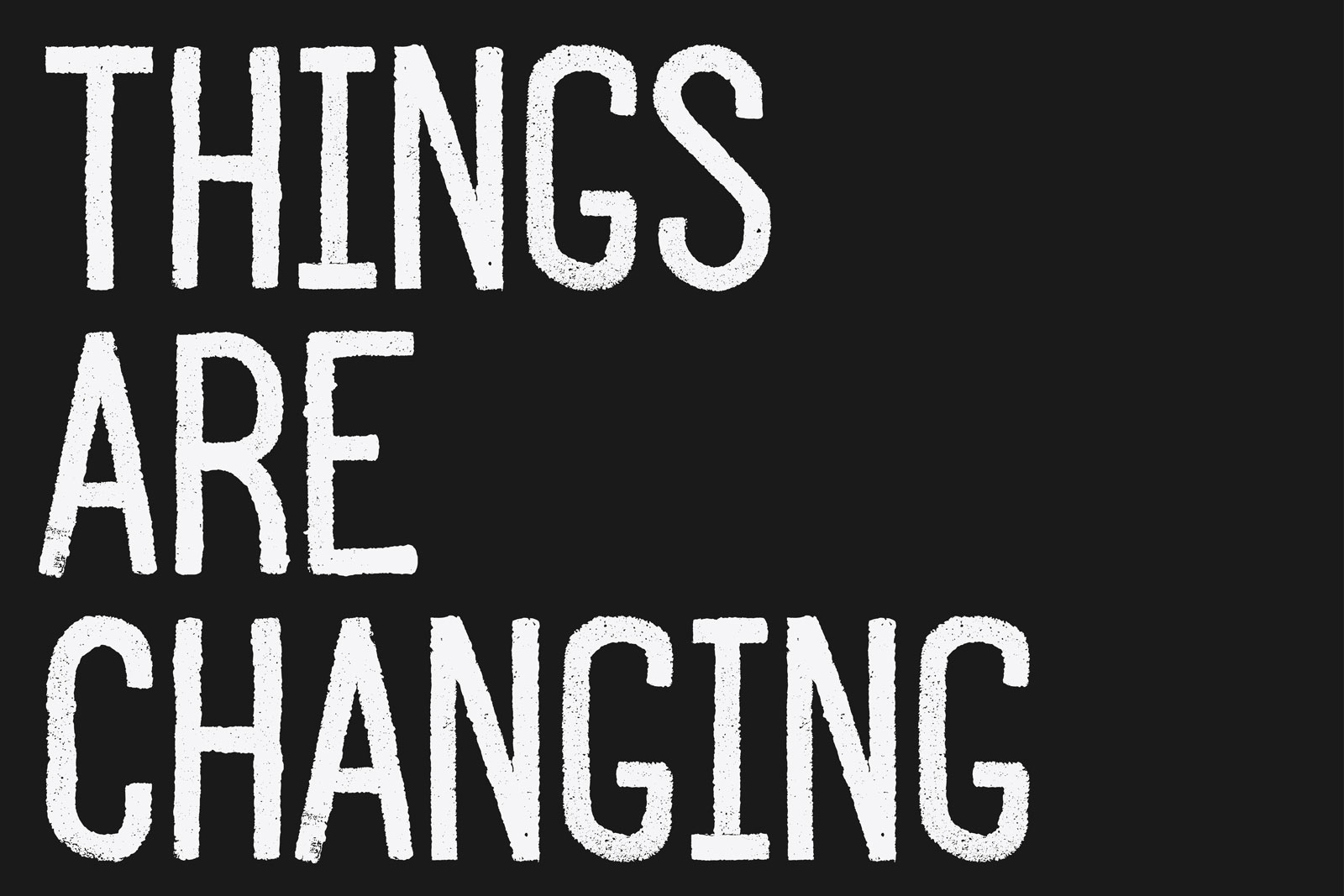 Our studio O Street is about a decade old and came of age during the tech boom. We’ve gone from analogue art-school punks to working with some of the most successful tech companies and leading strategists in the world. So how did we do it, and what’s next?

The design business model is very young — taking its first steps—and seems to be based on older models of business. The big shots have been those who can scale up to a very large size and take all the cool work, while smaller companies fight over their scraps.

Things are changing, though.

About 15 years ago I worked at one such giant agency in London we noticed that the bigger clients were starting to see the value in working with smaller creative agencies. Maybe they recognised that smaller core teams of quality creatives could develop ideas just as well as the bigger agencies—and for a lot less money when you discounted middle men and overheads.

This was our inspiration when we founded O Street as a lean, designer-led studio. We’ve had our fair share of challenges and rubbish clients, but have also worked on some amazing, globally significant projects. 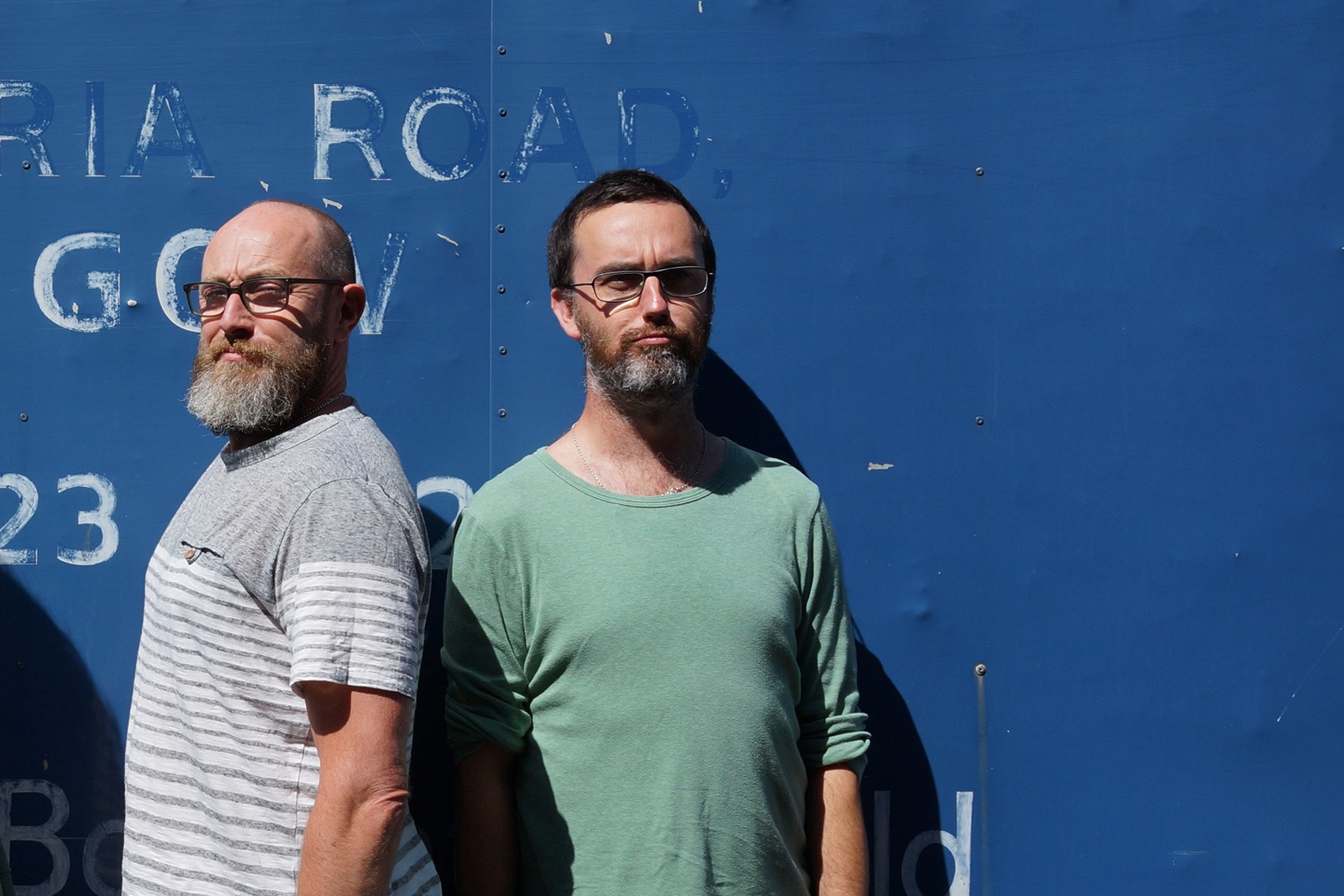 Designers and design approaches have a unique value; one that can be tapped into with a lot less politics and hassle.

Not only that, but designers are increasingly going on to be major players: “36% of the top VC-backed start-ups have designer co-founders”, says John Maeda, the former head of Rhode Island School of Design. He also says,“21% of the so-called global Unicorn start-ups have co-founders who have embraced design or come from a design, arts or human centred background”.

Learning on the Fly 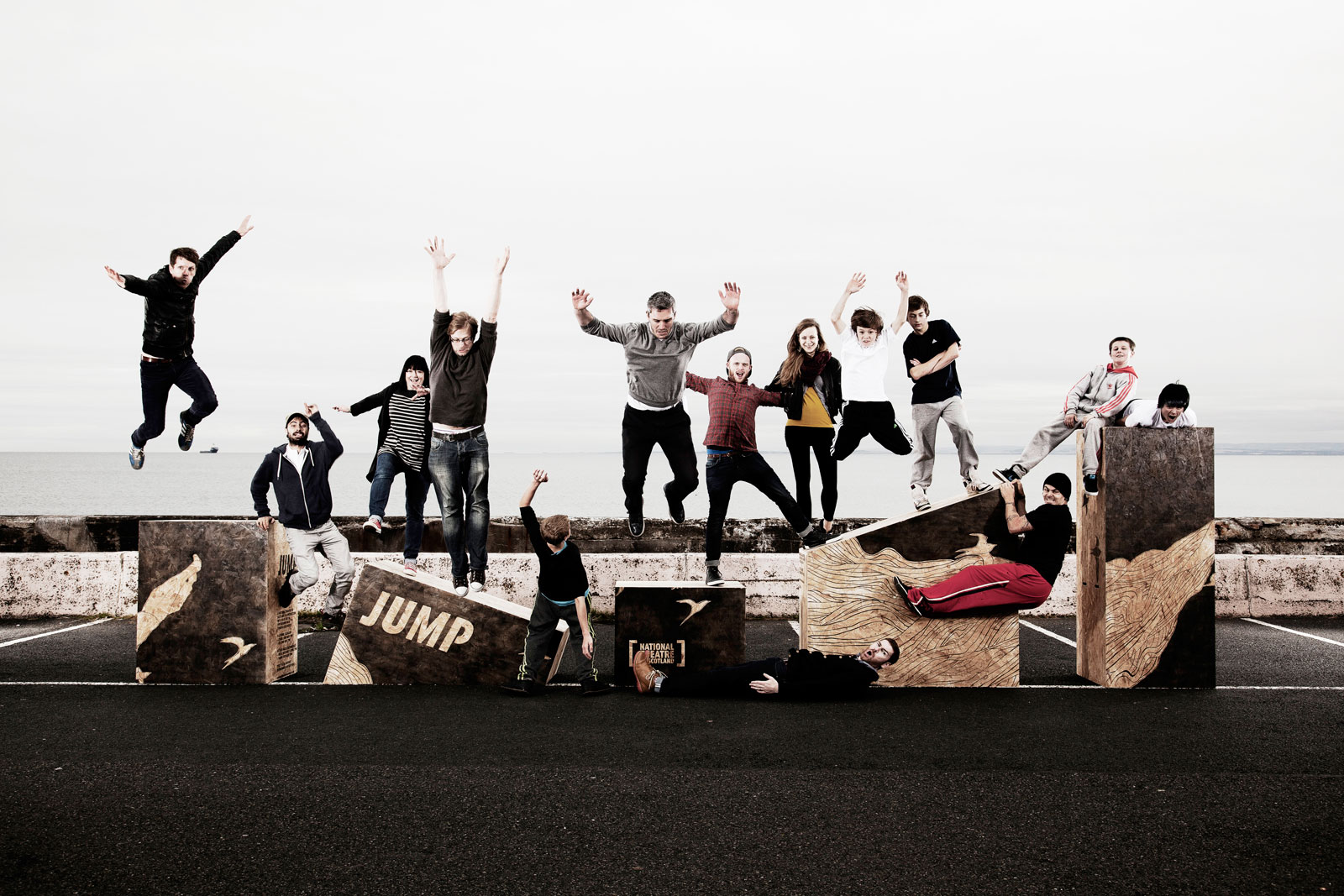 As I mentioned, we at O Street weren’t digital natives, but we are humans. And we learned to navigate the digital landscape in the same way humans learn everything: play. We developed a few apps for clients, including a nifty app to flick traffic cones on a statue of the Duke of Wellington, and a self-initiated app called Vapp. As for Vapp it was ‘fail fast’ in action—tens of thousands in downloads but no pay checks to show for it. 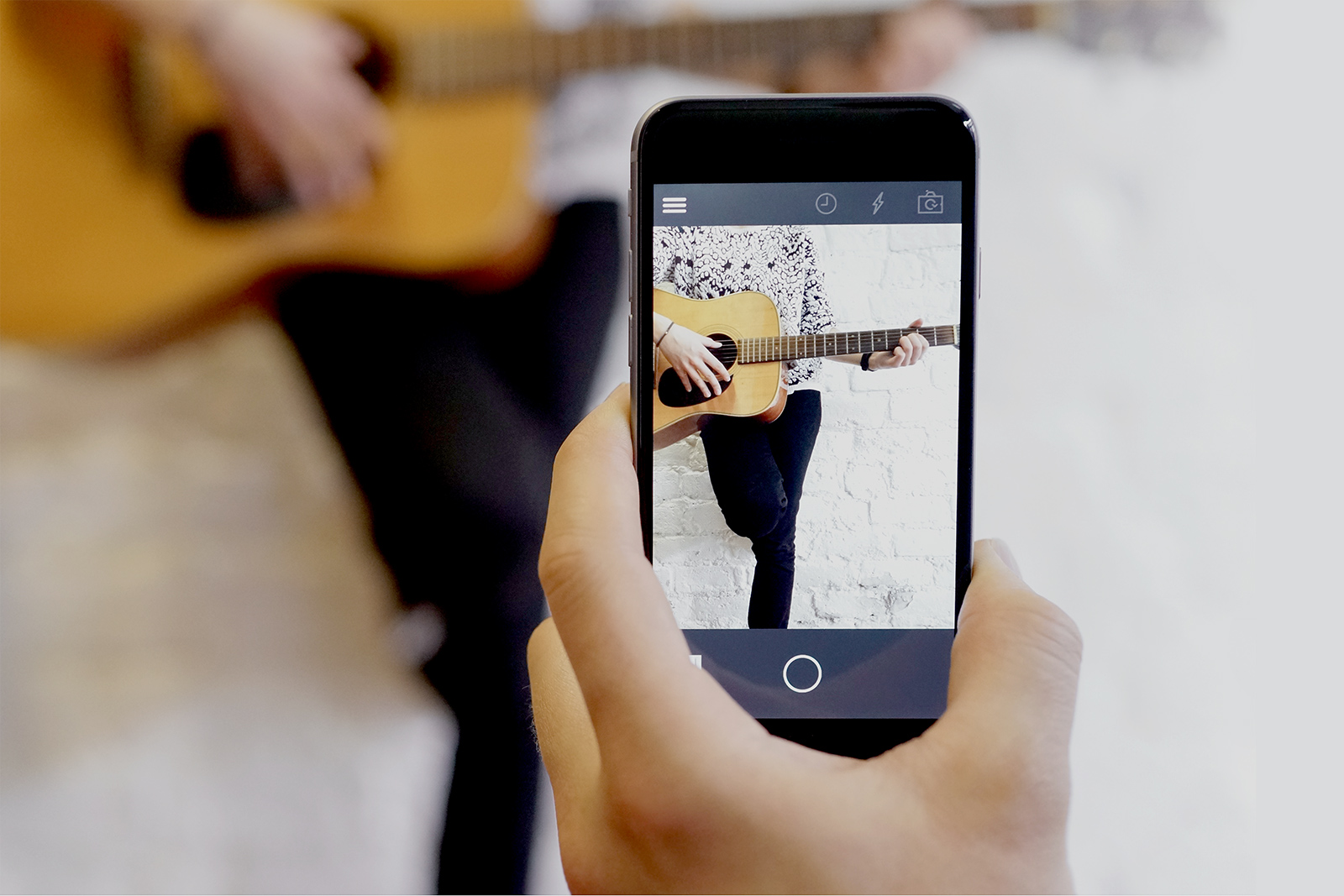 Following our foray into the world of apps, I started trying to better understand the business models behind innovative technologies.

After a few discussions with businesses in rural Scotland, we realised that one of the real barriers to digital innovation was a lack of understanding of its true value. We worked with Imperial College London develop a new language, a visual language, with Digital Disruptors, an open source icon set that could be used by anyone to easily explain complex new business models.

Art and creativity is not just about improving businesses. It’s also about improving people’s cultural lives. This was our focus with another project we worked on in 2014 to run alongside the Commonwealth Games in Glasgow.

Panel (a Glasgow-based curatorial practice) curated a selection of souvenirs made by producers, fabricators and developers across Scotland, and we worked on one called ‘Great Circle’.

So that’s our story so far, but how do we prepare for the future? Well, first off, we ask. Here’s a few nuggets of insight from some of our clients and colleagues, who are each leading the way in the future of tech:

“What do we do with Data? Data isn’t going to find us the next David Bowie.” Nick Calafato/Chris Price, Last.fm

Looking at all of this leaves us with three main takeaways: the shape of business is changing, designers and people with human centred backgrounds are increasingly populating the grown-up table, and keeping in touch with hands-on creative process might save us all.

This piece is adapted from O Street’s talk at Aesthetica 2016. Read the full post on Medium.