Know your trees, they deserve it! 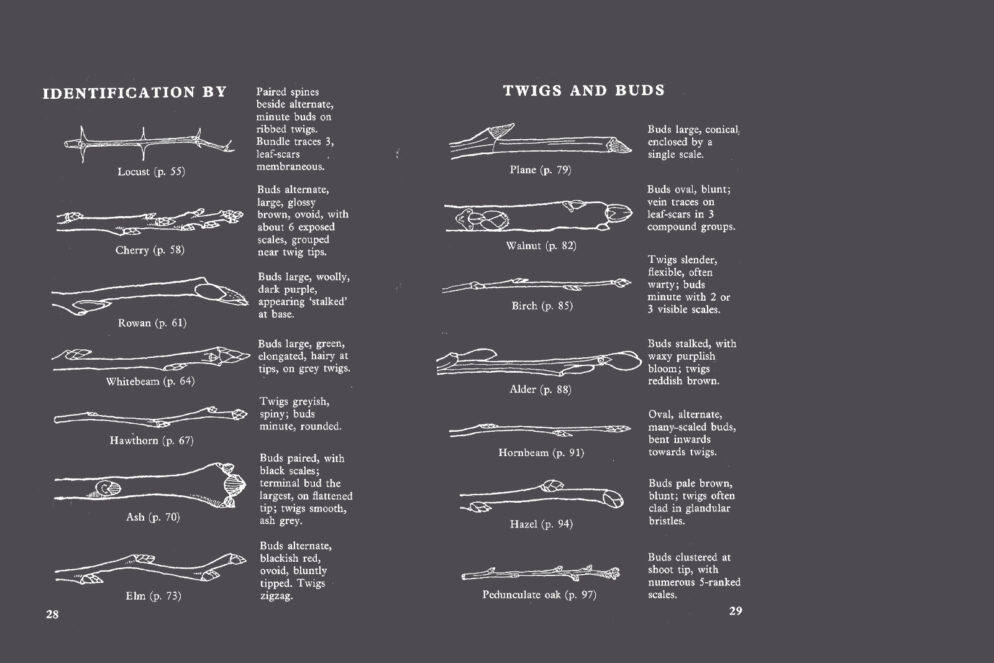 I’ve been trying to up my Grandad skills during Lockdown. These are the things I feel it’s my responsibility to know by the time I’m a Grandad, and being able to identify trees is definitely one of those.

Inspired in part by Tessa’s post, I bought an old Observer’s book of British Trees online for £6, and have been flashing my new knowledge to my uninterested friends ever since. Trees are important, and in increasingly virtual times, trees are a real bastion of physicality and permanence. Besides, your imaginary future grandchildren will thank you for it. 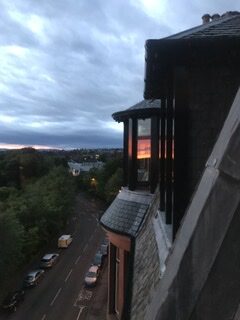 I may be channeling my inner goth but I have a soft spot for bats. Like fireflies and silver birch, they are things of wonder. On odd slow evenings of lockdown, their antics have moved me to poetry. Sorry about that.

Instantaneously around and past my window

At this height they are in their city element

Glimpsed only at the bank of a turn TV slowed

You will crash into me

Then graceful a halt

Where I used to hear in the child woods

Insanely fast at the back of your head

And fragments of mayfly bent

Sadly I no longer detect

Out of old range

To the back of mine eyes

MOM I CAN’T SAVE, IT’S ONLINE

When I was in secondary school, there was a period where I played a lot of Halo 3. There was a group of us who strived to make the time between saying goodbye to each other at school and greeting each other on Sandtrap (the best Halo 3 map don’t even argue) as short as possible. This period of life is long gone, as other things just took precedent, such as pubs and the great outdoors.

Turns out as soon as those are taken away again, I’m back to shooting strangers with friends, and it has been an extremely comforting form of escapism. Apex Legends is the game that has stolen my heart, and too much of my time, perfectly riding the line between ‘challenging enough to make a win feel just fantastic’ and ‘really fun gameplay that makes it enjoyable to play regardless of skill or lack thereof’. This is great when you lose 98% of the matches you play, and what’s even better is when you are losing all those matches with GOOD FRIENDS. 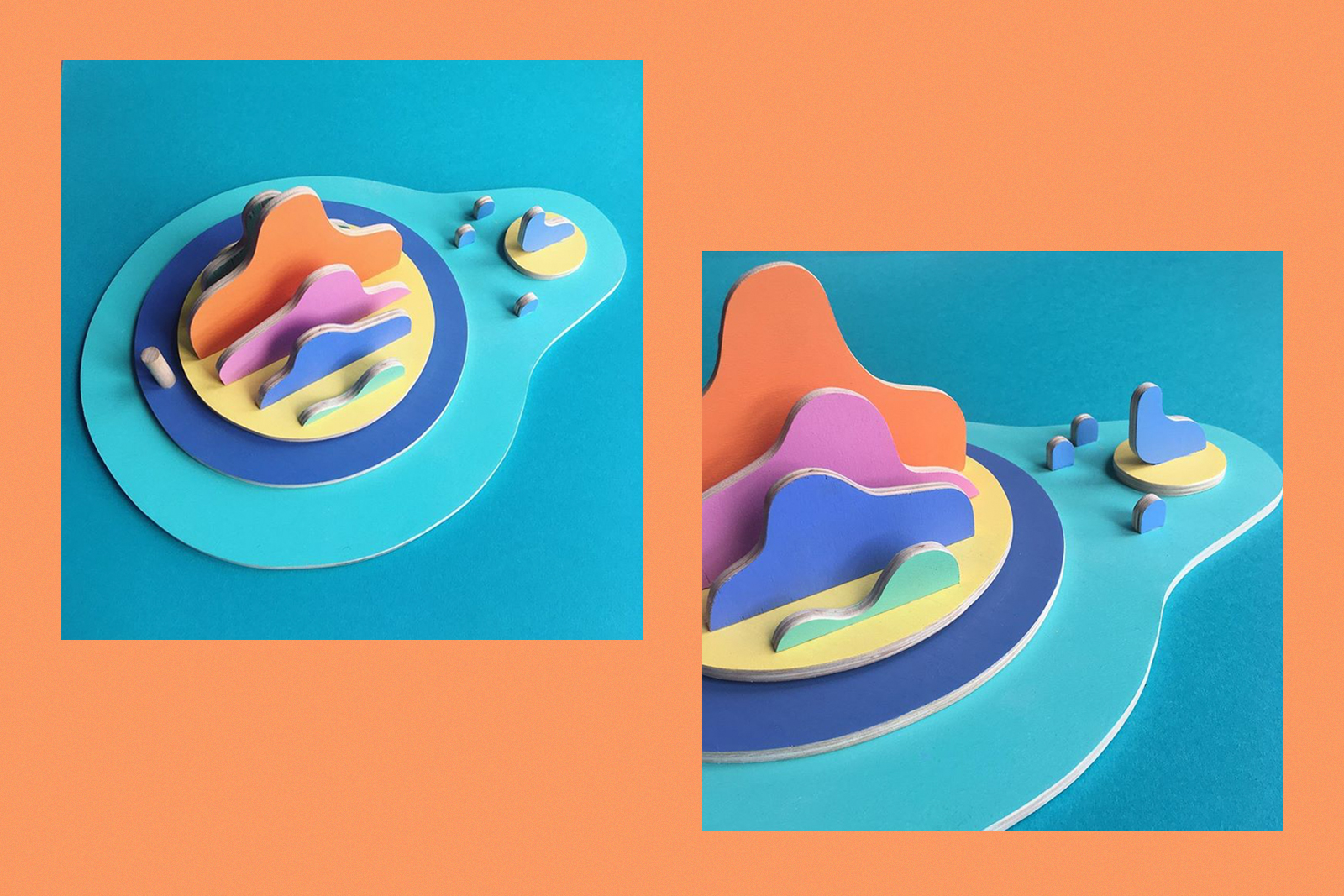 “Every year since moving to Glasgow, Jason has cycled round the Isle of Cumbrae for his birthday. We couldn’t go this year, for obvious reasons, so I made a wooden representation of the island (and local seals)for him.”

Anna has been carving wonderful creations. Follow her magic over on Instagram @annalisedunn, and get inspired to get a saw for yourself! 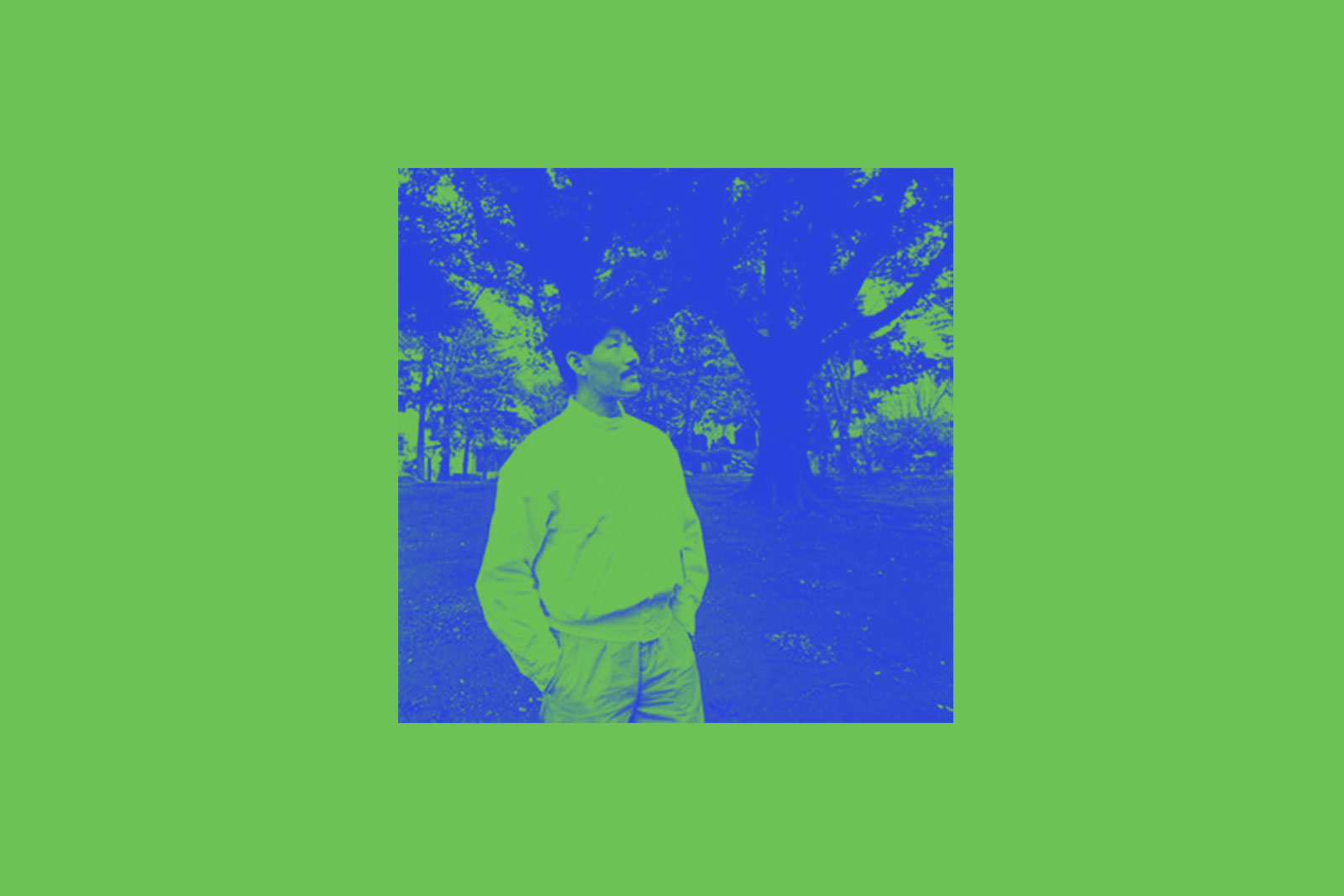 As a starting point, listen through his best regarded on Spotify, settle into a chill evening with the perfect track Dance PM, or melt into the floor to the sound of my personal favorite, Quiet Forest. 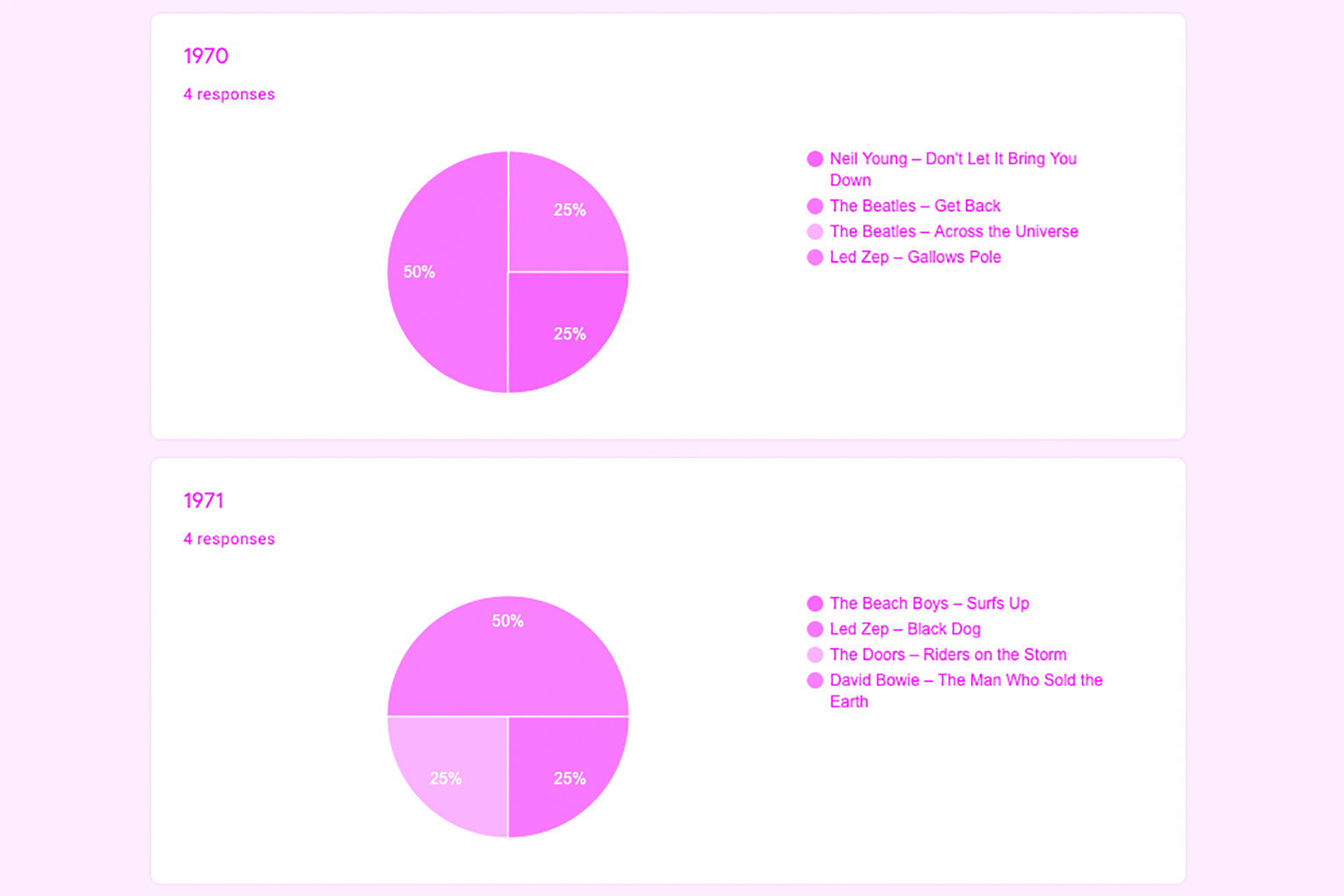 As the most competitive four brothers this side of the Clyde, the Freer brothers have combined two lockdown clichés into one epic battle: online quizzes and playlists.

For the past four weeks we’ve agreed a decade and each voted for our fave song in each year, then all voted on the final ten at the end of the week. We’ve limited ourselves to choosing an artist only once a decade (no need to create another Bob Dylan greatest hits playlist!) and have scrapped it out on a zoom call if there is a draw on any years.

I’d like to say I have dominated each playlist, but there is no account for taste, and even my misspelling of the songs on the Google form (bonus points if you spot the deliberate mistake in the pic) is not influencing their decisions. We’re back in the Seventies this week, what a freakin’ decade, the Beatles’ last album and the Cure’s first. Hell, this is gonna be hard!

(Message me if you want me to send you any of the winning playlists!) 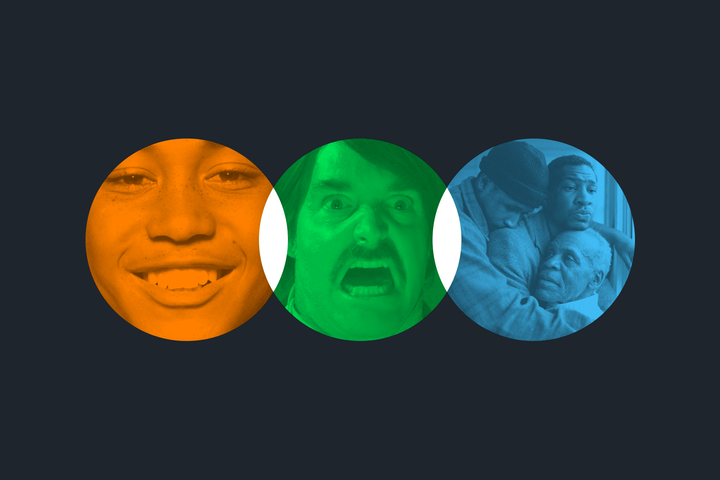 It’s likely that right now you’re watching more movies than you’ve ever watched since the days of first year uni where you’d crush a couple DVDs over your morning bowl(s) of Frosted Wheaties. It’s also easier than ever, with a new streaming service to pour your cash into every couple of weeks.

To make the most of this new frontier of home cinema, we need recommendations from trusted sources so that we don’t accidentally watch all of Sandler’s back catalogue. Letterboxd.com is a social media platform created solely for watching, logging, loving, dissing, researching, scrolling and bragging about films.

And I love it! I’ve watched loads of stuff I’d never even think about if it wasn’t for a glowing review by a trusted Letterboxd follow. Get it! Follow me! @jmowatstuff! I follow back!!!!! 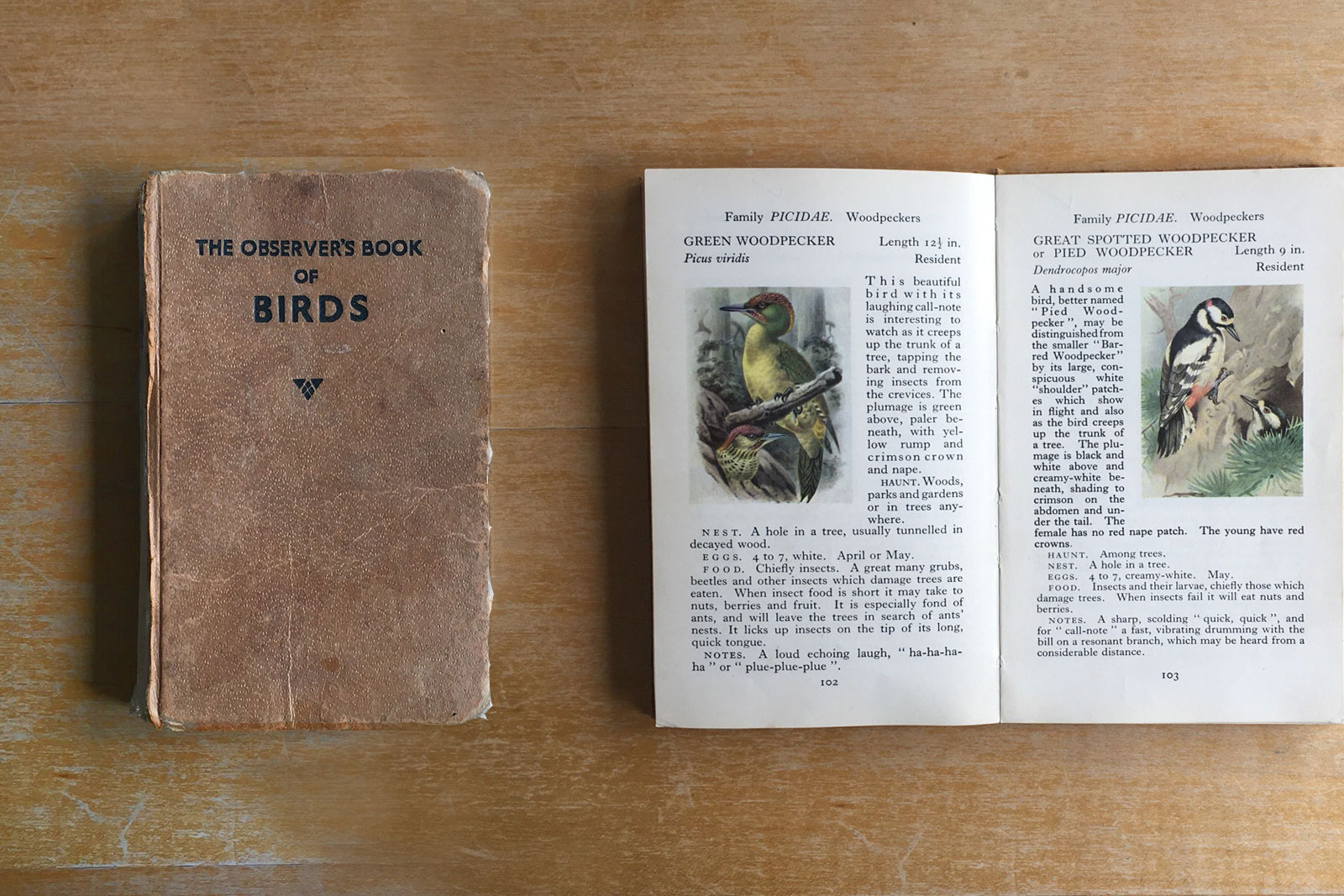 With green spaces surrounding my new rural dwelling, my latest screen distraction takes the form of bird watching. My dad gifted me this observers book of birds when I was 8, but it’s been dormant and forgotten during my years of city living.

Now in lockdown, taking a bit of time in the morning with this book and the binoculars is giving me a new appreciation for the flow of little lives , of changing seasons and the consistency of nature that is always shifting, always moving forwards. 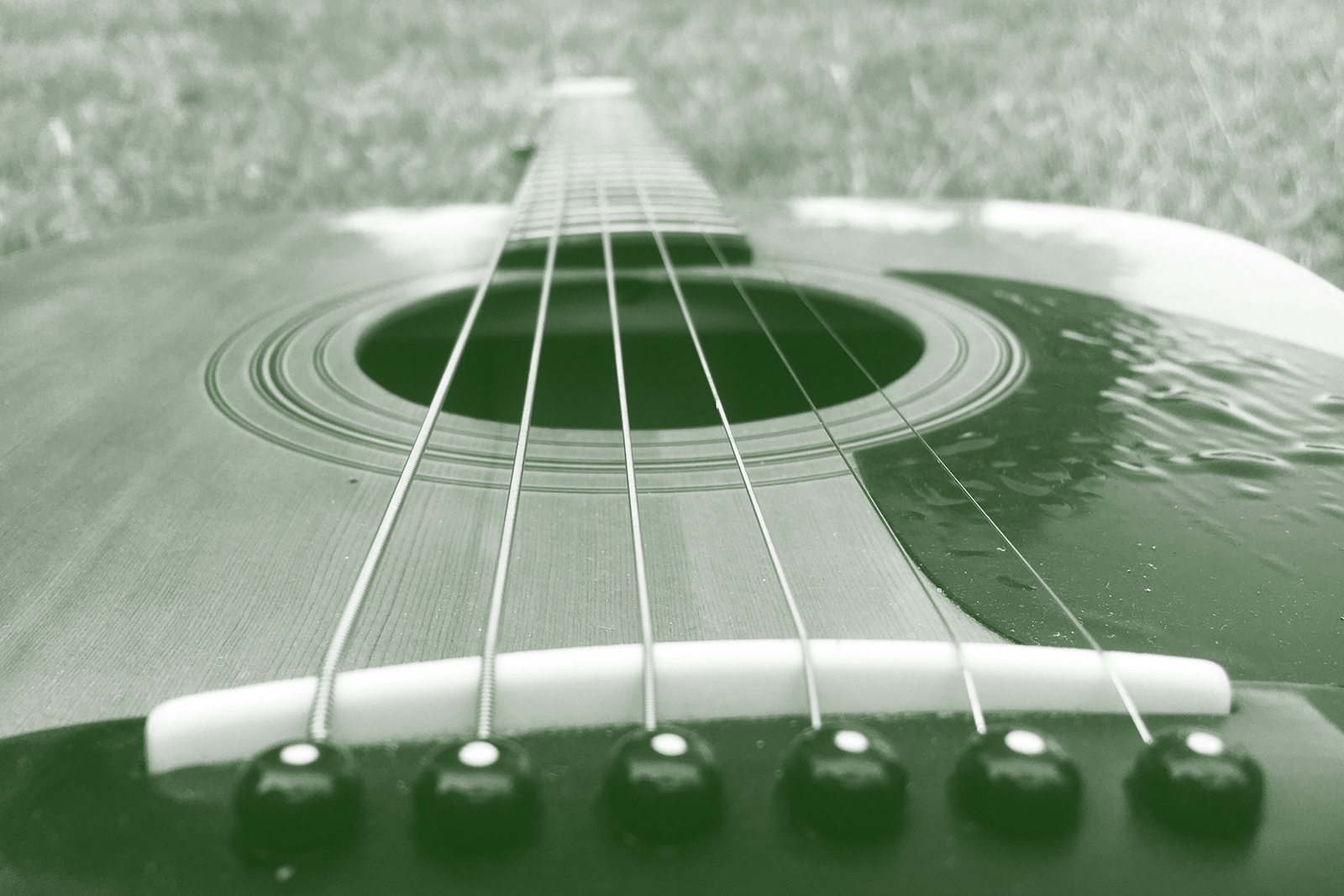 I’ve taken this enforced lockdown as a chance to sit down and learn a new tune on the guitar. Inspired after listening to the soundtrack to Devs (see previous inspiration!) I’ve been following some YouTube tutorials to learn how to fingerpick Guinnevere by Crosby, Stills & Nash.

YouTube is amazing for guitar tutorials, I wish I had had it as a teenager. Not blessed with perfect pitch or a good ear, I don’t know how the hell else I would have worked out David Crosby’s fiendish picking pattern or guitar tuning.

Not sure my wife was too happy with the first two days repeating the first three notes for hours, but now I have the pattern down, its sounding pretty good. Just need my fingertips to heal up a bit!

Living on the Earth

“This book is for people who would rather chop wood than work behind a desk”.

I stumbled upon (literally, I found it outside) this 1970 hand-written and illustrated hippie classic by Alicia Bay Laurel and it’s been a magic ride lazily picking through it on sun-baked afternoons. Touching on everything from backpacking to gardening to handmade clothes to building your own funeral pyre in the woods, it’s a nice reminder that just a few decades ago, there really were people who made a go of choosing the slow—but vigorous—life.

It’s worth thinking about as a slower life is now being forced on us. Now back to the garden to water the tomatoes. 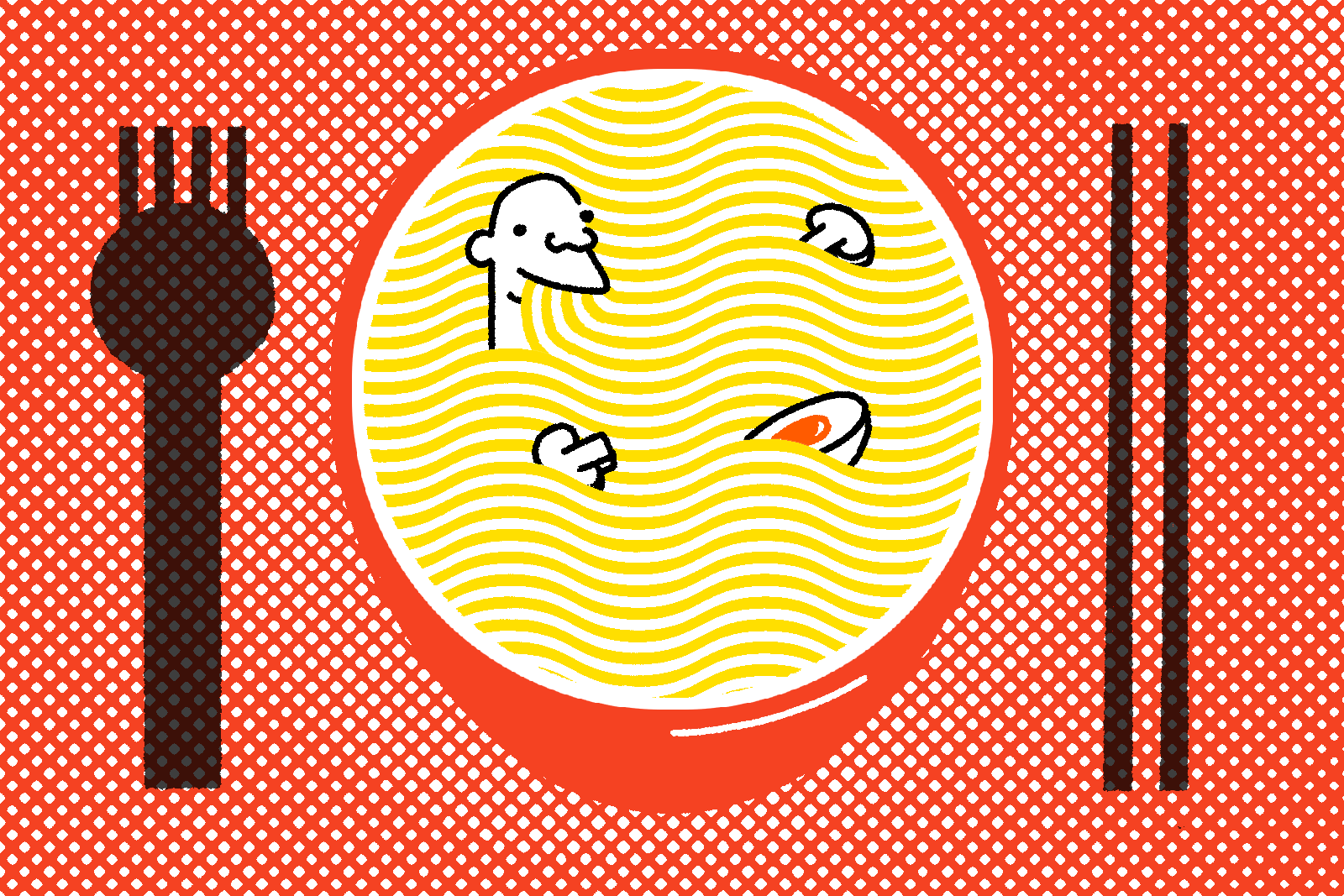 In a time where comfort is a precious commodity, my teenage love for 3 minute noods has returned. Stronger than ever. I’m currently in the midst of a ramen packet Battle Royale, trying as many flavours and brands I can get my hands on (which is a surprisingly varied thanks to the Tesco and Morrison’s international food sections). Give it up for the quickest, tastiest, saltiest lunch out there. 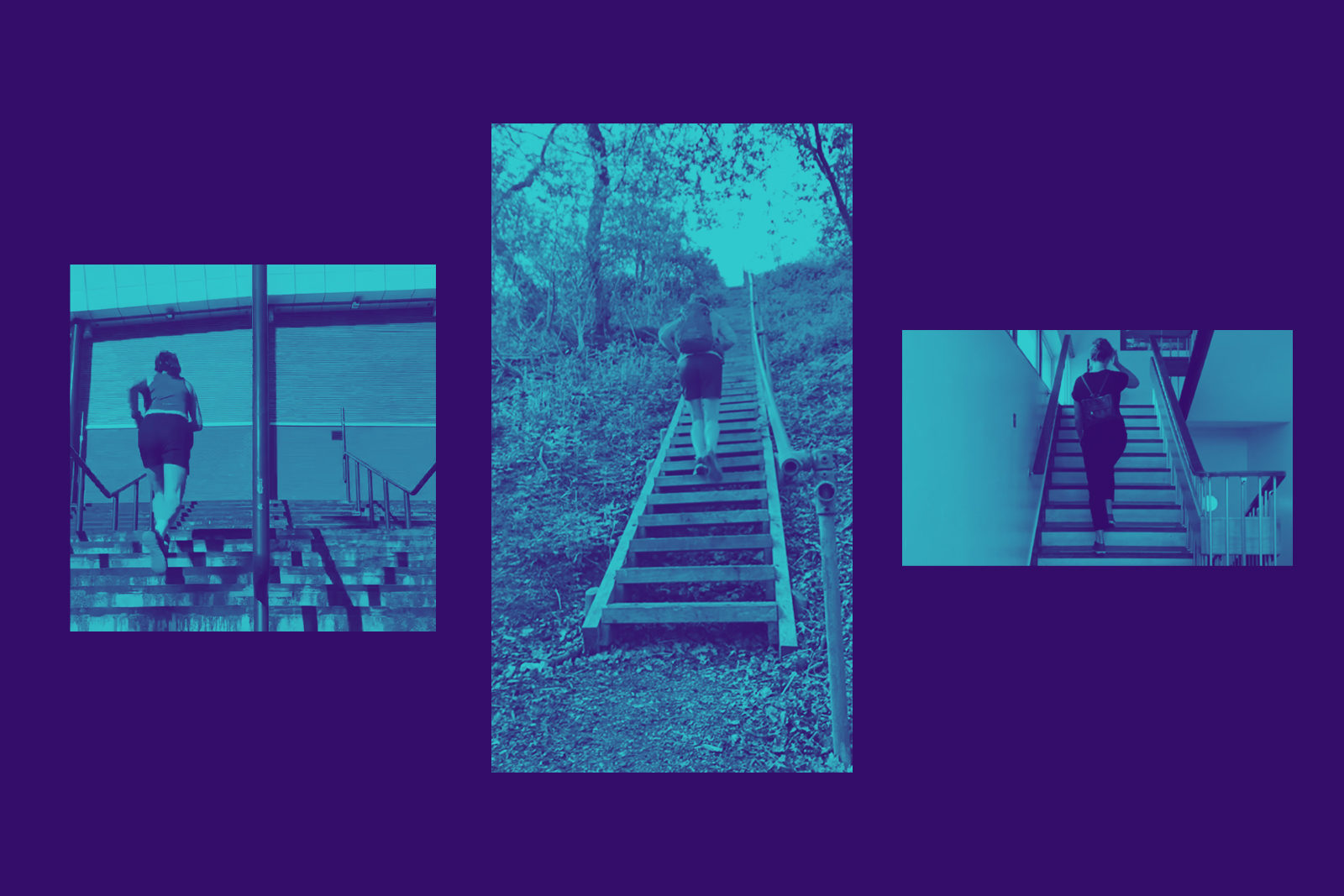 This past weekend, I was supposed to be bouncing around the hills in Torridon with a few gals from my walking group Mountain Burdz. Four days of big hikes, scrambles and cooking up mountain-fuel dinners together. With certain things getting in the way of our plans, we still wanted to do something together, something beyond a zoom call.

A trend that’s been sweeping the outdoor community during lockdown has been climbing the equivalent height of mountains on your staircase. So, inspired by this, we opted to create our own challenge of climbing 1326m of ascent—the height for Liathach in Torridon—on our various steps and stairs. We invited anyone to join us and ended up with a group of eight of us across the country messaging, sharing videos and snaps from our walks and steps.

All in all, a weekend of running up and down steps isn’t quite the same as climbing one of Torridon’s finest hills, but we gave it our best shot anyway and had a fun time walking ‘together’ from home. It’s a weird time we find ourselves in, but it was great to do this as a way of staying motivated and feeling connected even though we’re apart.

We’re taking on a similar challenge this weekend, this time in aid of raising donations towards Women’s Fund Scotland. So, if you’d like to help us stay motivated as we do hundreds of reps up and down our stairs, please donate if you are able! 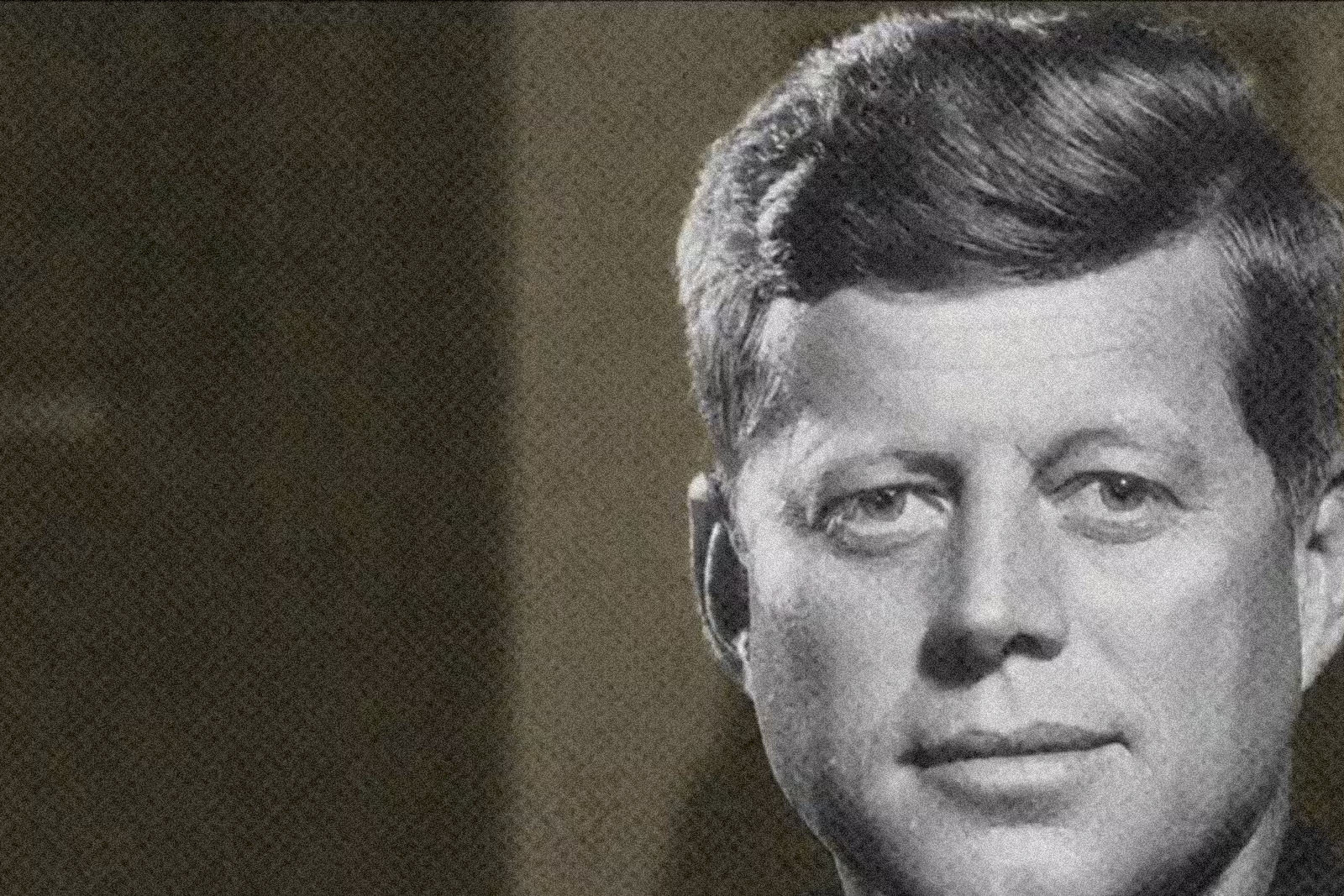 On Nick Cave’s ‘The Red Hand Files Issue #91’, Douglas from Glasgow wondered whether Bob’s new recording ‘Murder Most Foul’ might be a masterpiece. I listened to the song over and over and found myself in agreement. I had the sense of everything being drawn down; all the music Dylan has ever made; everything everyone else has ever done, copied or borrowed from the things Dylan has made.

The books of modern America distilled into permanent poetry and all this rolled into one mesmerising assembly. Perhaps the demands of this record go some way to explaining why Bob is Bob? Why the rest of us listen to great music and also terrible music? For a medium with a singular vinyl groove, Murder Most Foul seems very non-linear. It follows its own abstract path.

Coming as it does in a strange and disjointed time of virus, it feels as if something seismic is forming. Both comforting and distressing, it is a profound reminder of the power of song. I wonder where the path will take us? 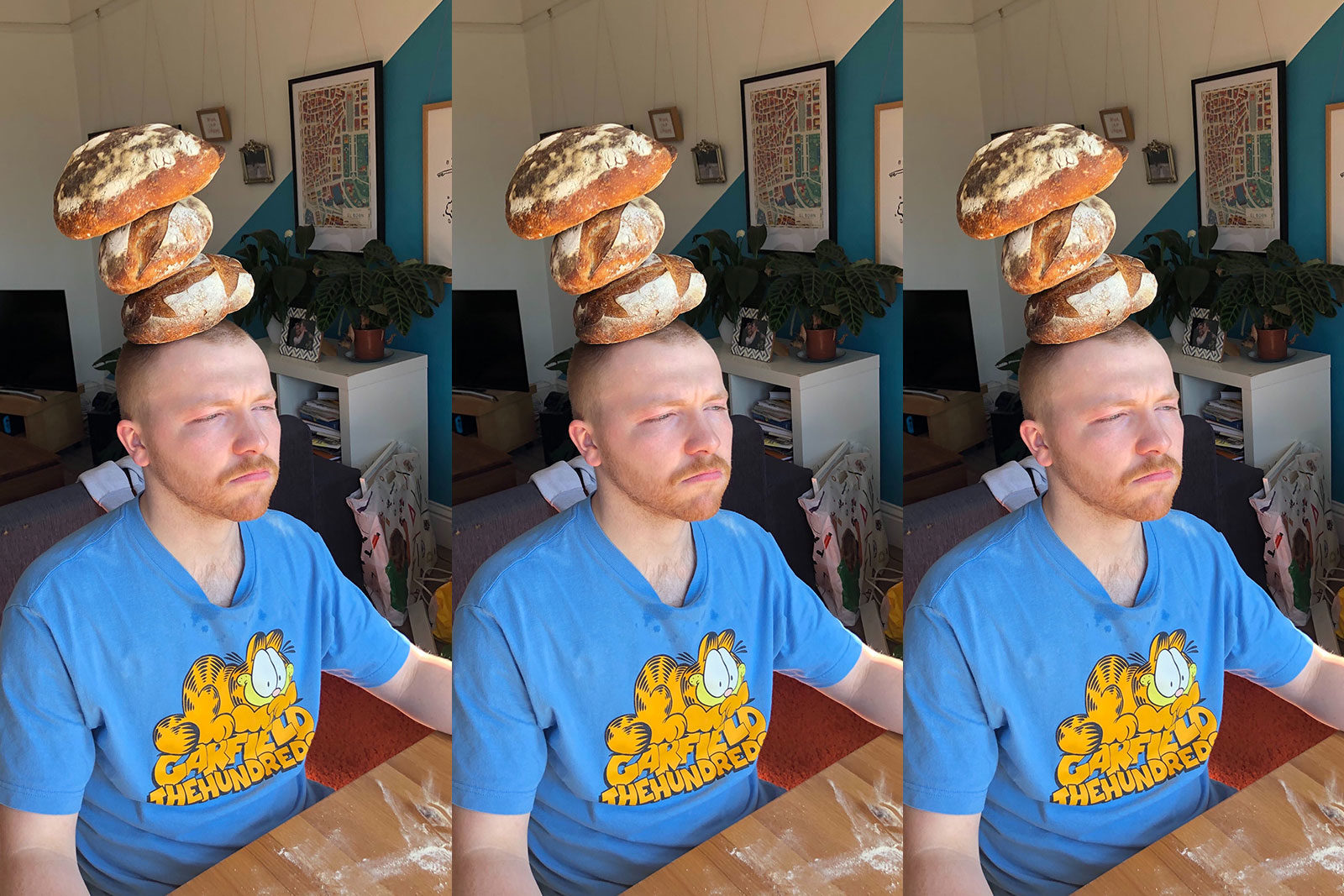 Yeah yeah, every dude and betty is baking during quarantine. However, the fascination with sourdough among the fellas at O St predates the epidemic by months and we have the ‘sourbros’ Slack channel to prove it.

If you’ve been resistant until now, we do heartily recommend you meet your inner sourdough baker. There’s something essential and elemental about the physicality, science and self sustainability that makes it a perfect storm of a hobby.

Jonny recommends this wholesaler for flour, and Pizza Camp if you want to take the journey to the next level. 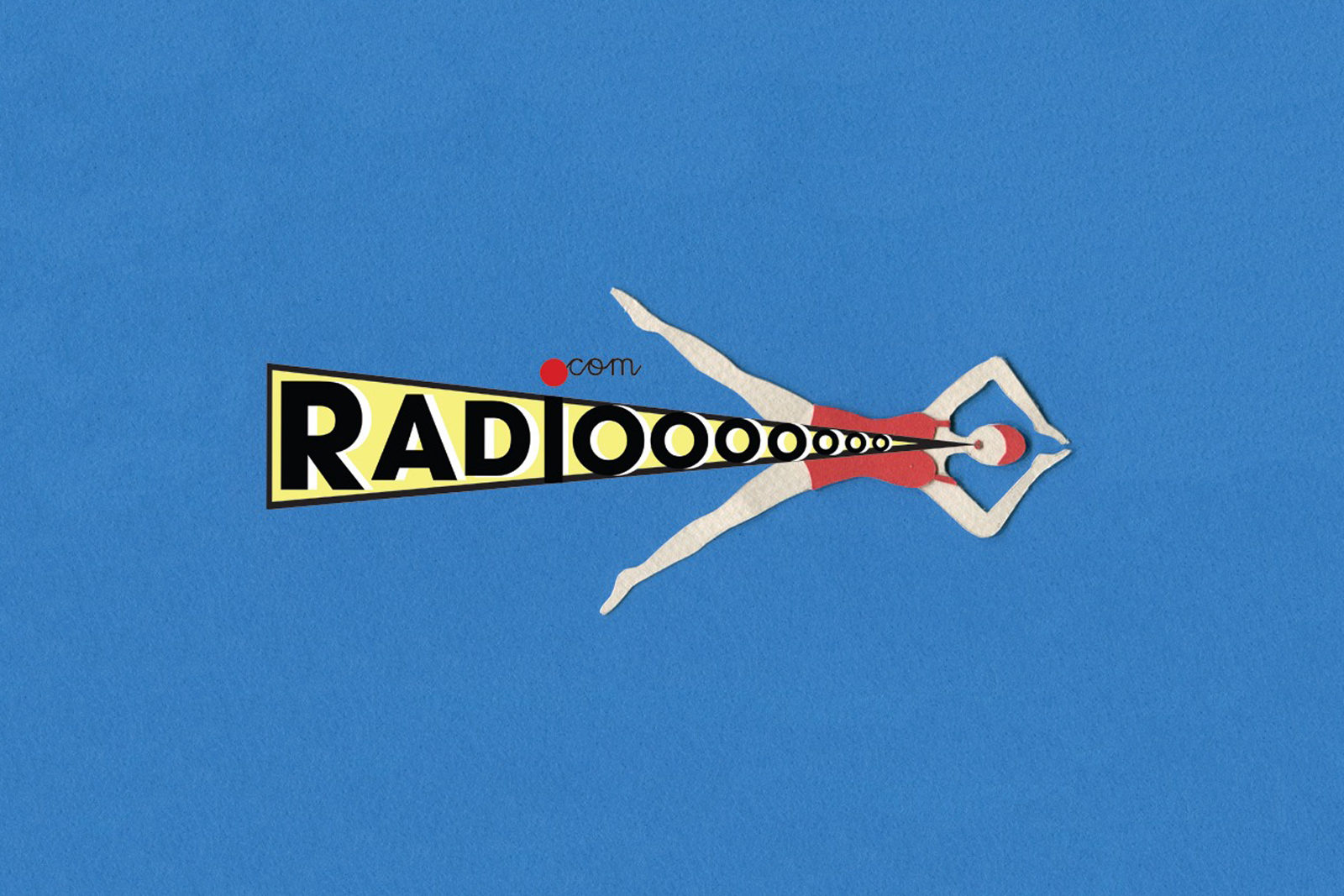 As a global studio, being stuck at home has been frustrating. To help create the illusion of international (and time!) travel, we’ve all been dipping into this map of musical hits spanning decades and the world! I highly recommend Cuba in the 1970’s for some fun, or Mongolia in the 80’s for a trippy chill out!

(Radiooooo is also a free mobile app and we suggest using it for social distance street parties with your neighbours.) 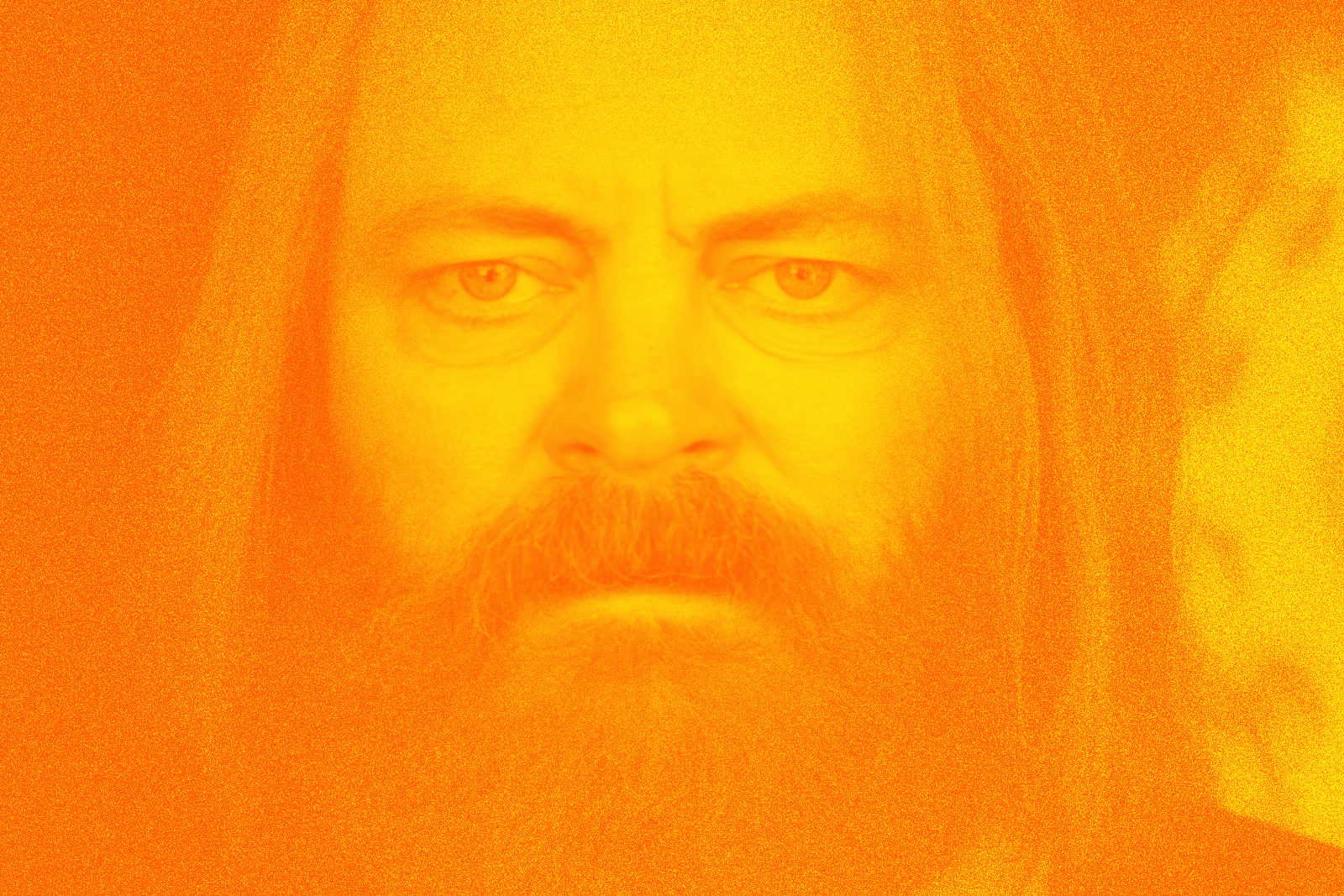 Devs is a tale of Silicon Valley dystopia from visionary writer and director Alex Garland (who gave us Ex Machina — it’s time to see that as well if you’ve missed out). Nick Offerman plays a brilliant tech founder haunted by personal loss in a tense, beautiful drama that only asks for eight hours of your life.

It gets into the weeds of parallel universes, determinism, free will, and living in a simulation, so make sure don’t you watch it with your theoretical physics enthusiast friends. They’ll spend the whole time blabbering over the beautiful soundtrack.