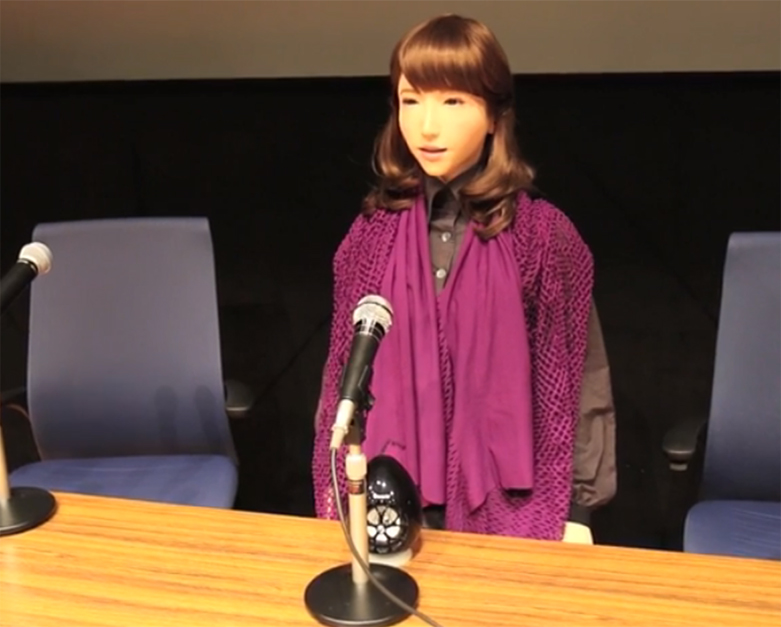 Cryptic, yes, but Erica is a humanoid robot who looks and sounds a like a real person. ‘She’ has been created at Tokyo’s Miraikan—the National Museum of Emerging Science and Innovation—where she’s currently meeting the world’s press. However, it transpires from the ensuing questioning that Erica’s programmers haven’t yet included what it means to be human, which is probably just as well. Give them time, though, and maybe when they’ve cracked it a soul won’t be necessary…