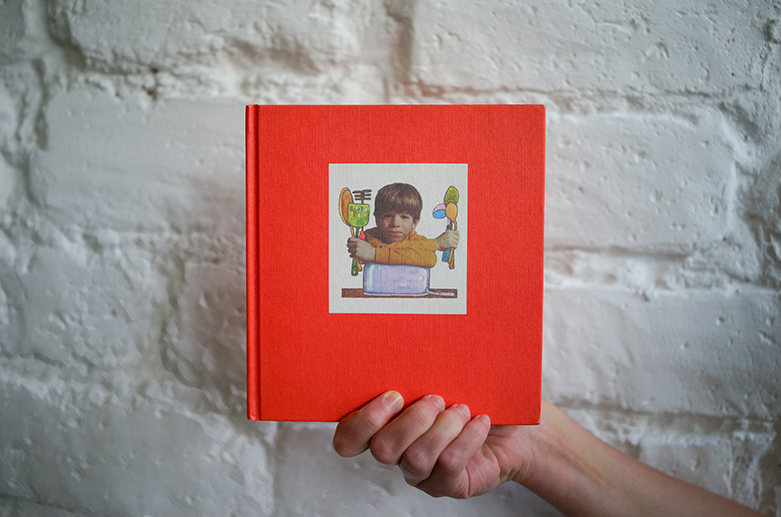 Recently I was helping a friend lug boxes of things from her old life to charity shops. Like any designer who thinks he’s worth his salt, I began rummaging through her stuff — you never know what the discarded printed matter of yesteryear might offer. An old cookbook provides a hand-drawn script; old novels offer a lesson in typesetting; vintage National Geographic issues yield plentiful collage fodder.

And there I came across this amazing gem: Things to Do on a Rainy Day, published by Hallmark greeting card company in 1970. 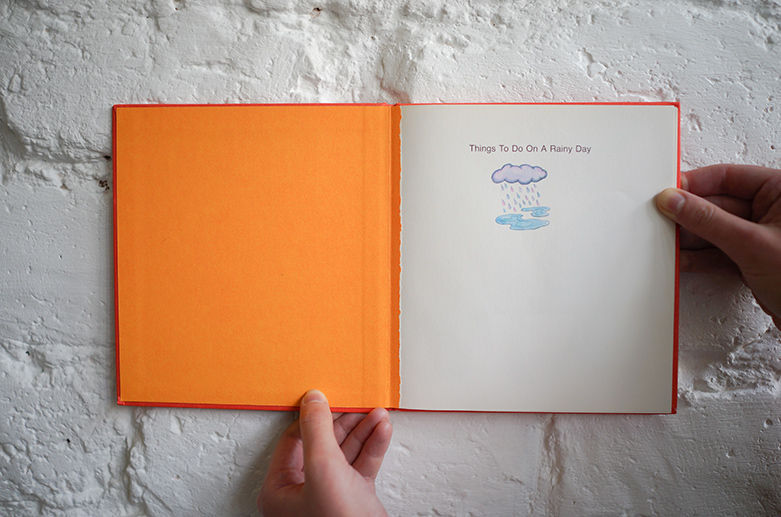 Aside from the graphic appeal this book had on me (the bright red cover, borderline horrifying illustrations, typical 1970 Swiss-corporate type), the subject matter is such a strange concept in the internet age: what do you do when you’re bored? I won’t say that the parents of today have it easy, but what did one do with those little rascals in a time when you couldn’t plop a screen in their face to get a moment of peace? No TV; no binging SpongeBob on Netflix. No Minesweeper. Nada. 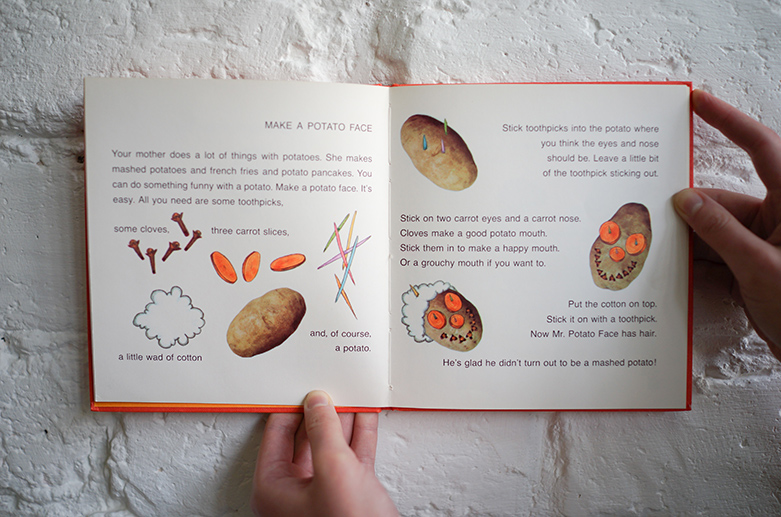 Just…a potato to make a silly face with. 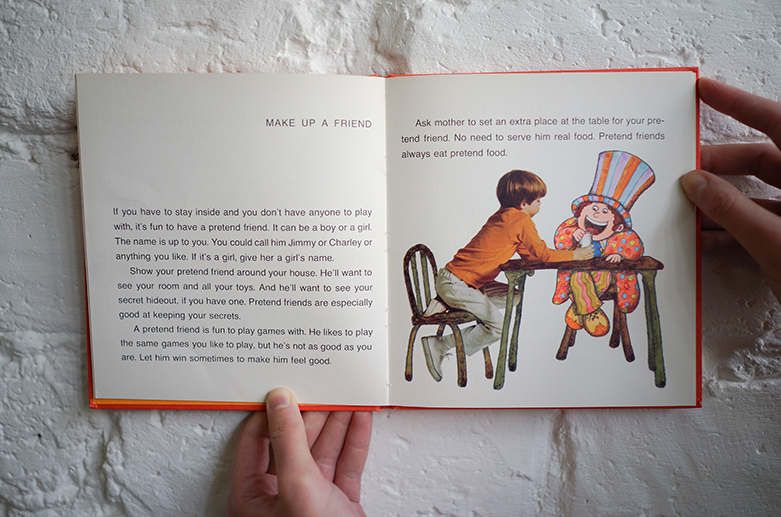 For those too cool to make acquaintances IRL, just make one up. Don’t forget to give them a gender-specific name! 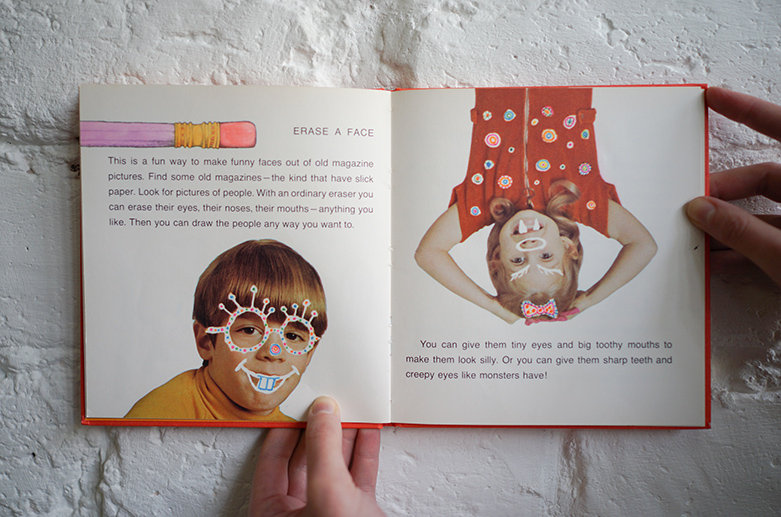 Telling kids in 1970 to erase people’s eyes probably led to some psychotherapy later on. 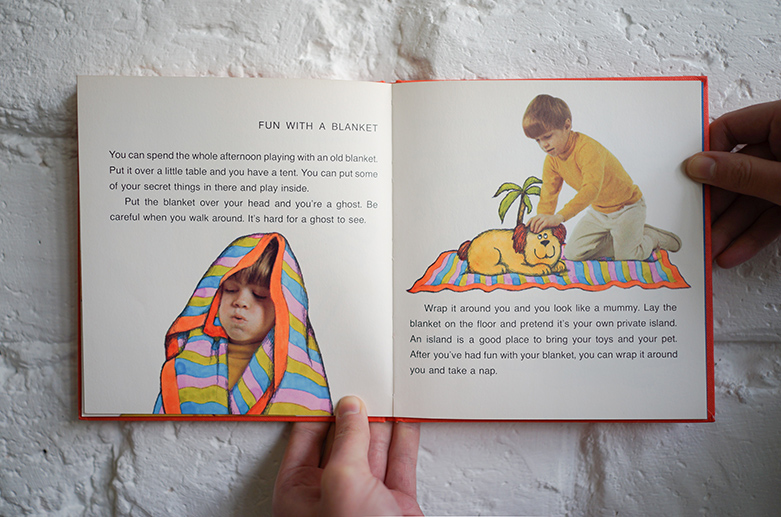 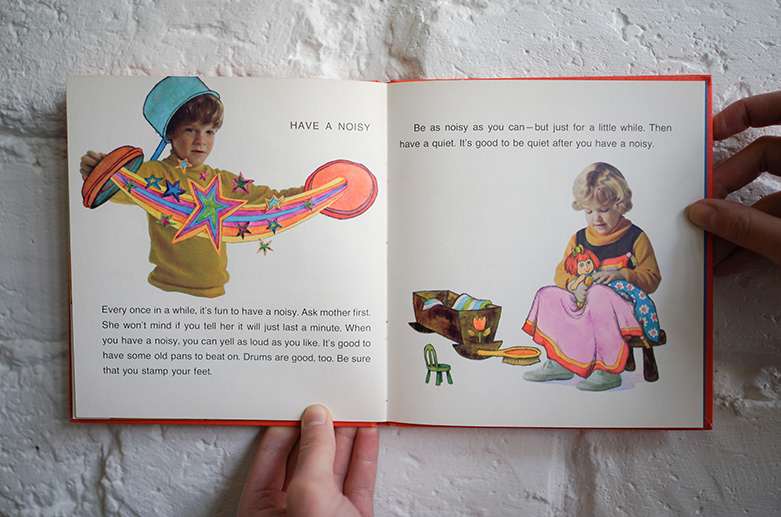 Finally, you can always ‘have a noisy’ (a genius name for making lots of damn noise).

Personally, having been thrust into adulthood to look back on adolescence like all those other old folks I thought I’d never become, I think I had it pretty good. I grew up in small town Chicago-land. It was a tiny town, actually, and we were ten kilometres outside of said tiny town. A busy day began with being chucked outside, and ended with a return several hours later covered in scrapes and bumps and dirt and whatever else I’d picked up. Even a rainy day was a monstrously physical affair; the building of kingdoms, wrestling and basketball tournaments in the basement, Nerf gun battles for hours. Looking at the tech-first world of today, I fear I was part of the last generation to happily experience a long day of ‘let’s find 100 uses for this big cardboard box’.

Of course fearing the effect of technology on generations to come is nothing new; I see the world of tech that today’s kids are immersed in and feel a little queasy. But they said TV and Nintendo would ruin my generation, and I think we’re all right. So I suppose while we should not resort to tech to solve every human problem and occupy every afternoon, we ought to be be grateful to be able to turn to online streaming and mobile apps on rainy days.

It could definitely be worse—we could still be stuck in the age of potato friends. 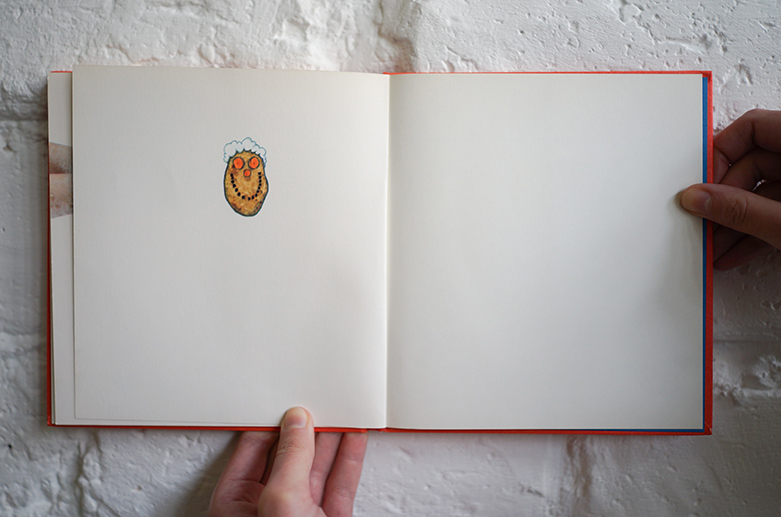