We do like a good music compilation. And as we come from the mixtape generation, all we need is half an excuse for a theme—hey, a fresh decade will do! We thought we’d celebrate with a Ten Year Mixtape, looking back at a decade of O Street, big news stories and year-defining tracks. 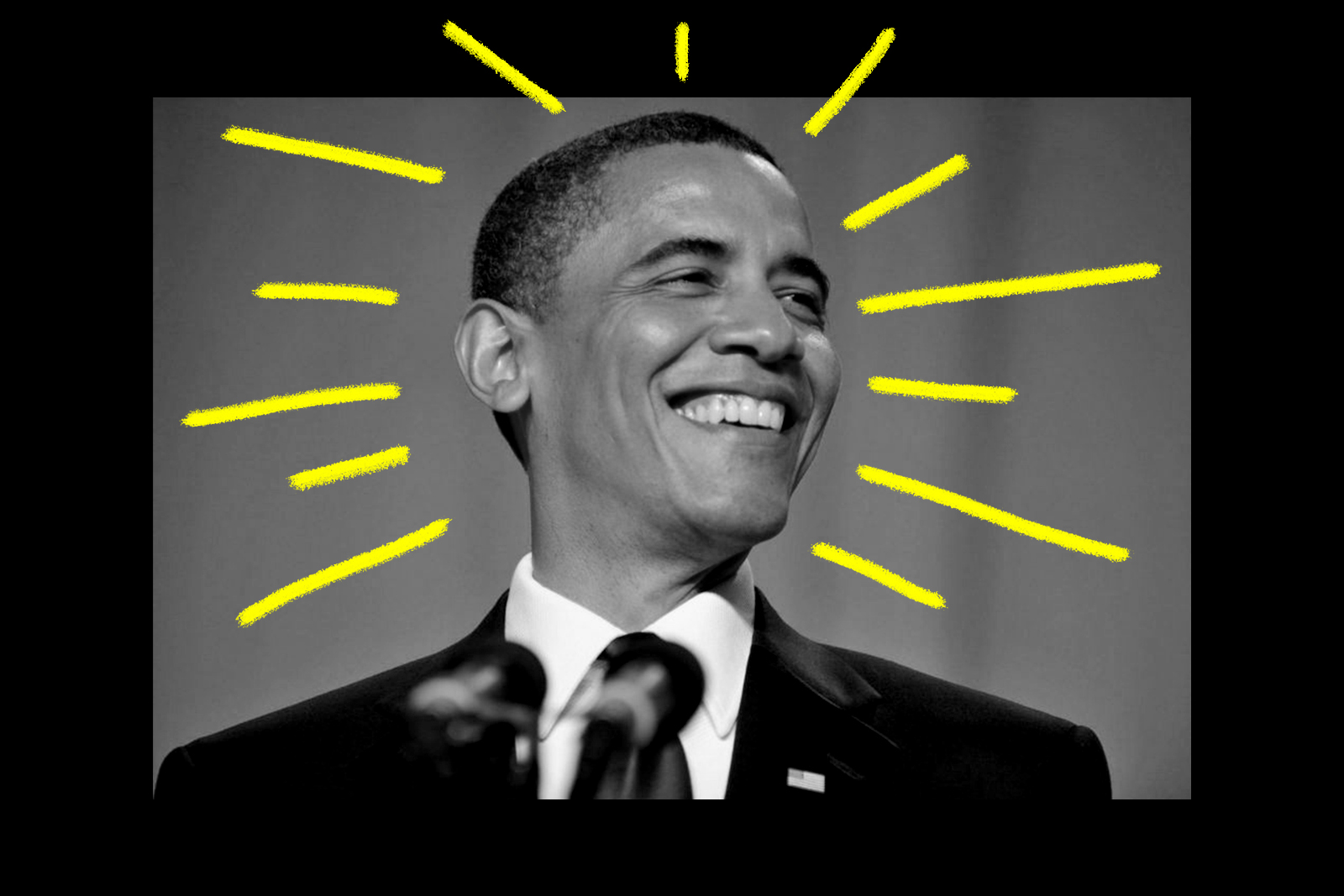 This was the year where we began to feel like a proper grown-up business. We realised there were other great studios starting in Glasgow and had to take it up a gear. O Street expanded to a three-man band, hiring Ed Watt and continuing our growth in the culture industry with work for the likes of Edinburgh International Film Festival and BAFTA Scotland. 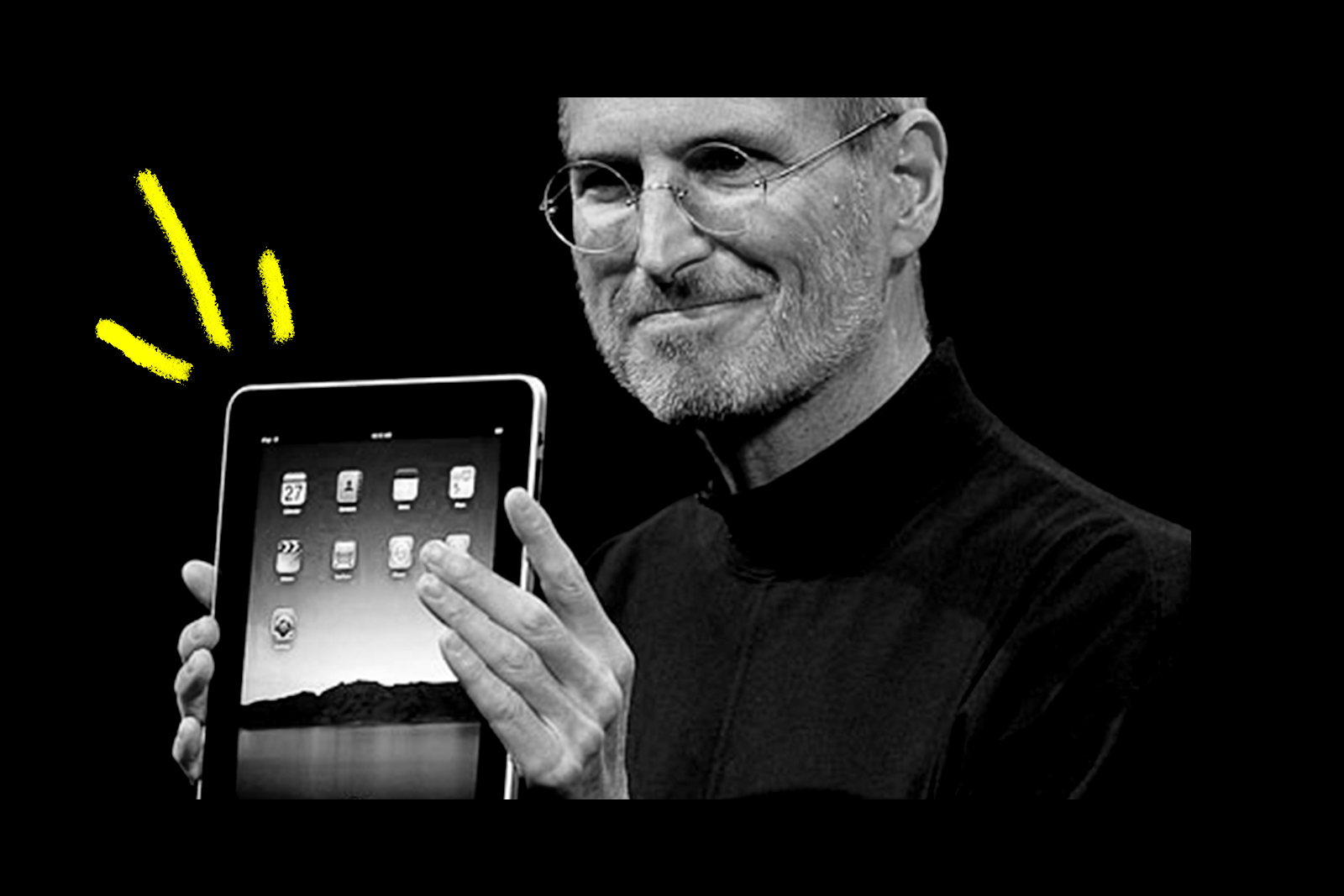 Steve Jobs releases the first of the ten commandments.

The Ten Year Mixtape moves to the year we started our work with the flourishing Celtic Connections music festival in Glasgow. With this, our team was enlightened to the wonder of free gig tickets (which only unravelled backstage at the Royal Concert Hall when Neil almost got into a fight with one of the Chieftains). 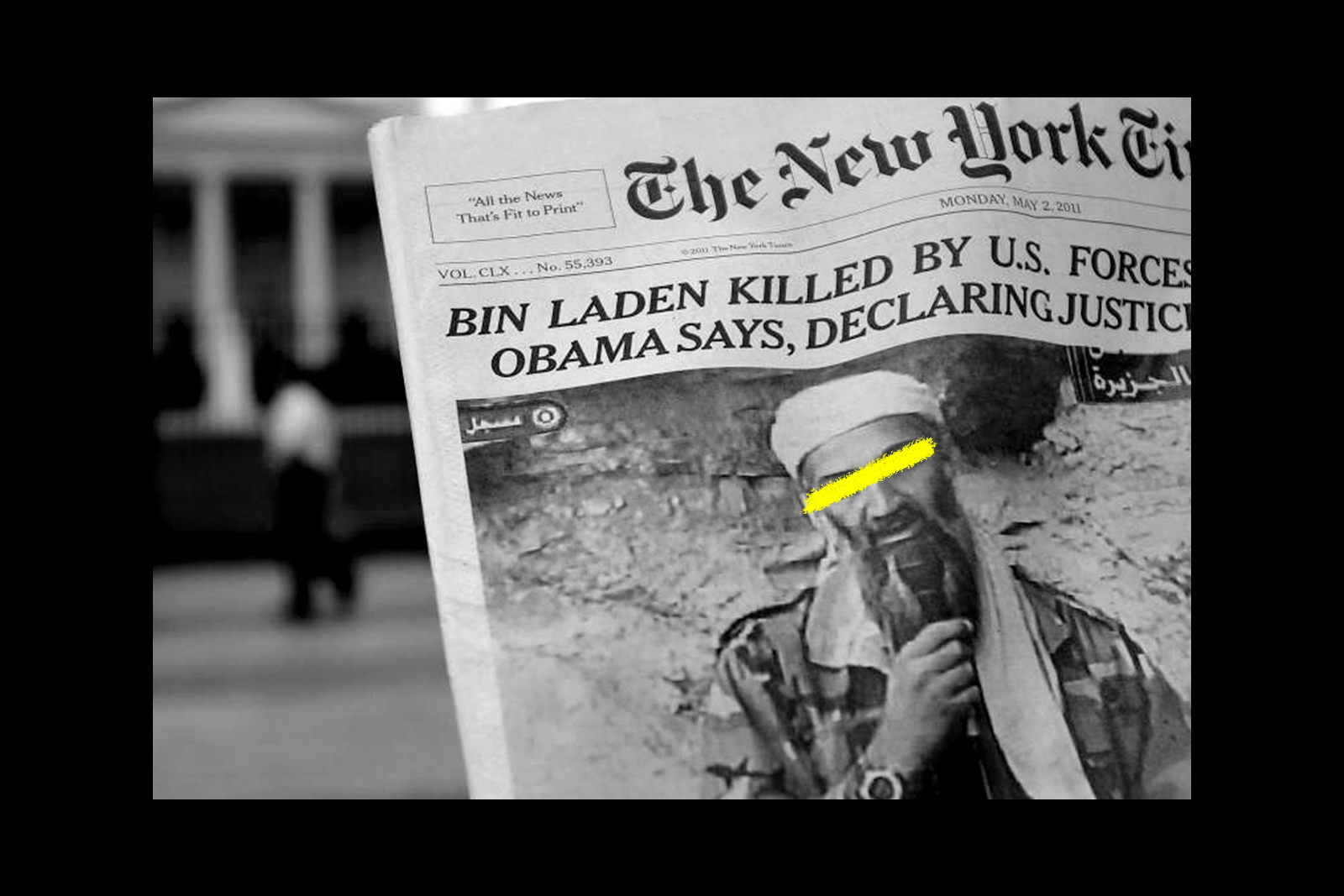 After making the move from Otago Street to a remodelled launderette shopfront on Bank Street, we considered changing our name to B Street (and thankfully didn’t). With a growing client and employee base, we now we had a shiny new studio to match. We hosted—and performed in—the National Theatre of Scotland’s Five Minute Theatre project and won a national award for our whisky themed, social media-fueled #oHeresTo event. 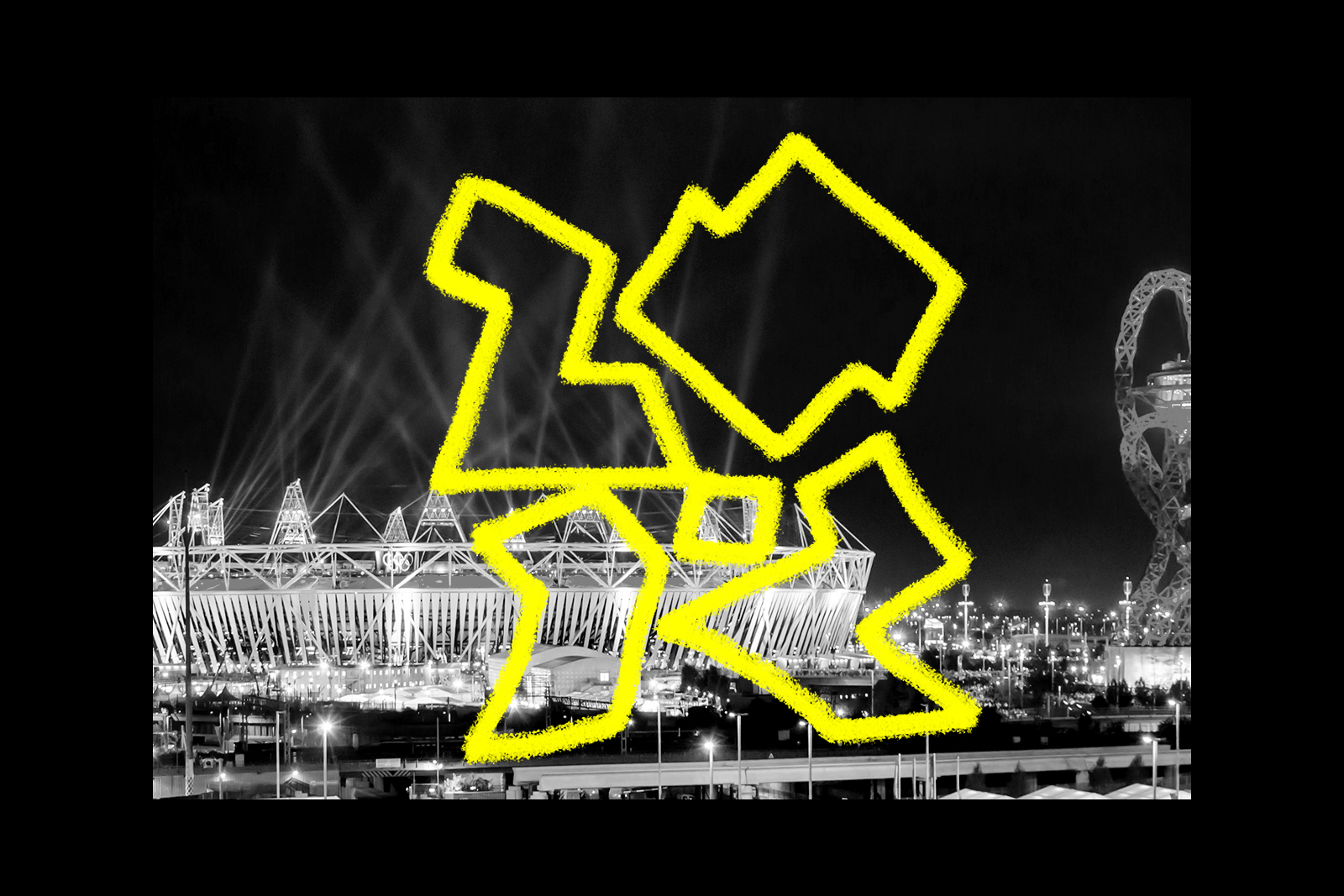 Don’t forget about that logo either.

This year was the peak in our cultural work, with a complete rebrand of the National Galleries of Scotland and their four venues, we spent most of our time in 2012 working with the Galleries. The year ended with a big party to celebrate founding partner Neil Wallace’s fiftieth (you’d better believe the Ten Year Mixtape contribution for this year is his). The studio also had our first job with one of our longest-standing clients, digital data music platform Last.fm. 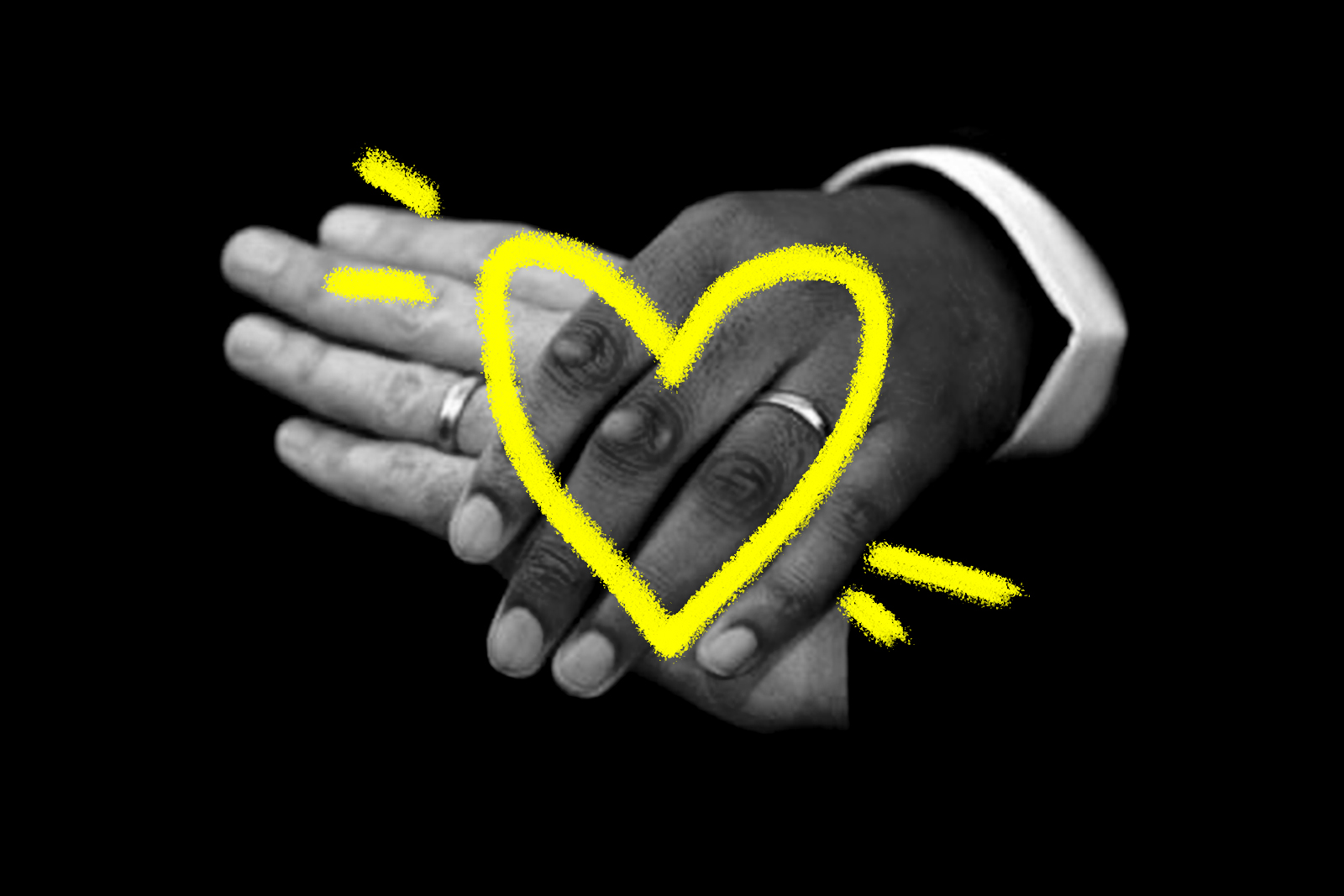 This was a momentous year, our work on the HOME arts venues in Manchester won a handful of national design awards, and even included collaboration with design titan Peter Saville. We began work creating interactive maps for the Scottish Government and David opened our first satellite studio just outside London. Vapp, a mobile app side project we developed was listed as a top 10 photo app in the Daily Telegraph and won the Glasgow’s Got Business Talent award. 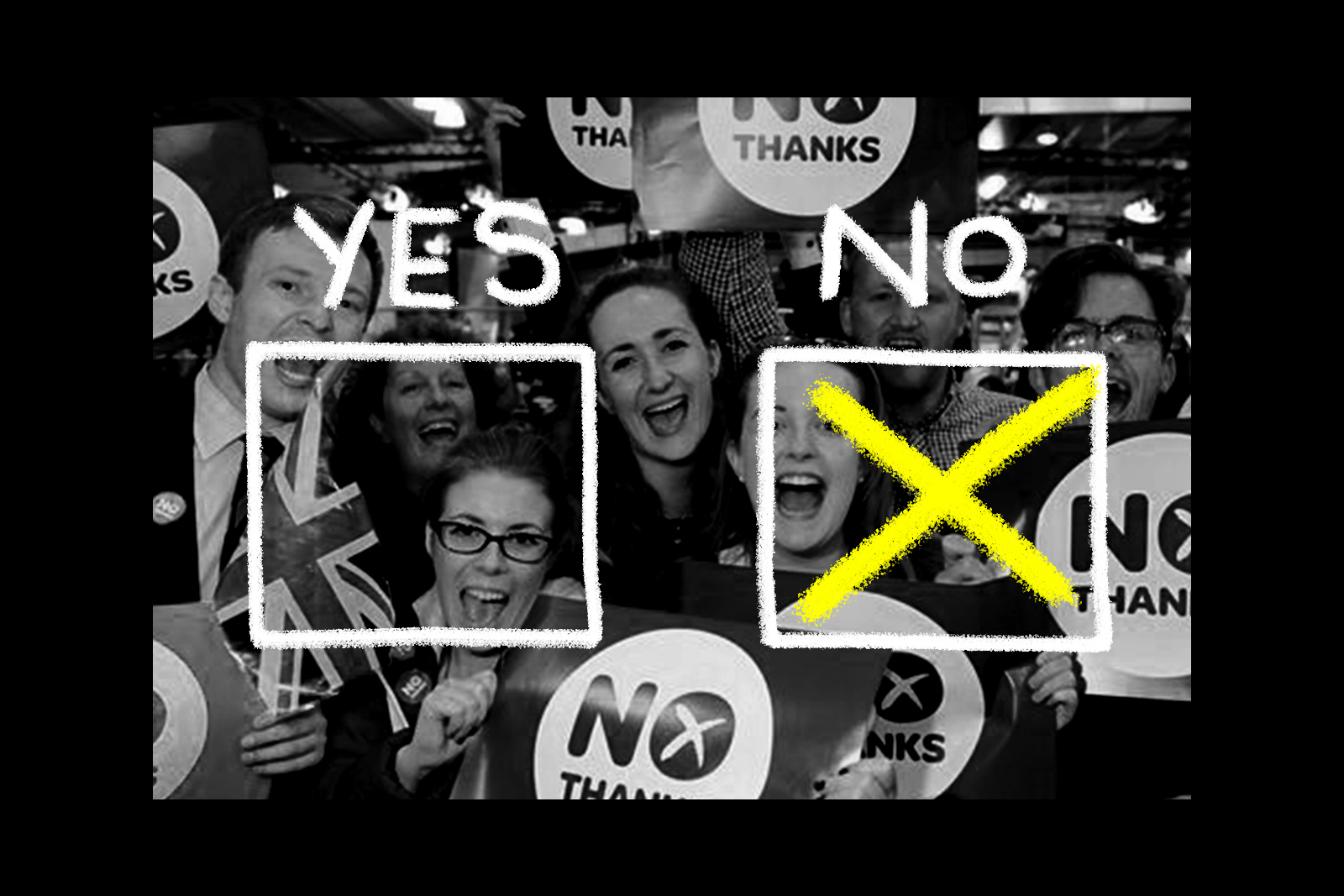 Déja vu? Is that you?

This was the year that with a heavy heart, we branched out from our cultural clients. Arts funding was drying up and marketing spends seemed to be the first thing to disappear. So we tried our hand at something different and began working with clients in the music (the Brit Awards) and whisky sectors, a heady combination. 2014 was also the year Tessa Simpson entered the scene, followed rapidly by a bouncing Josh Peter. Both have helped shape the studio ever since. 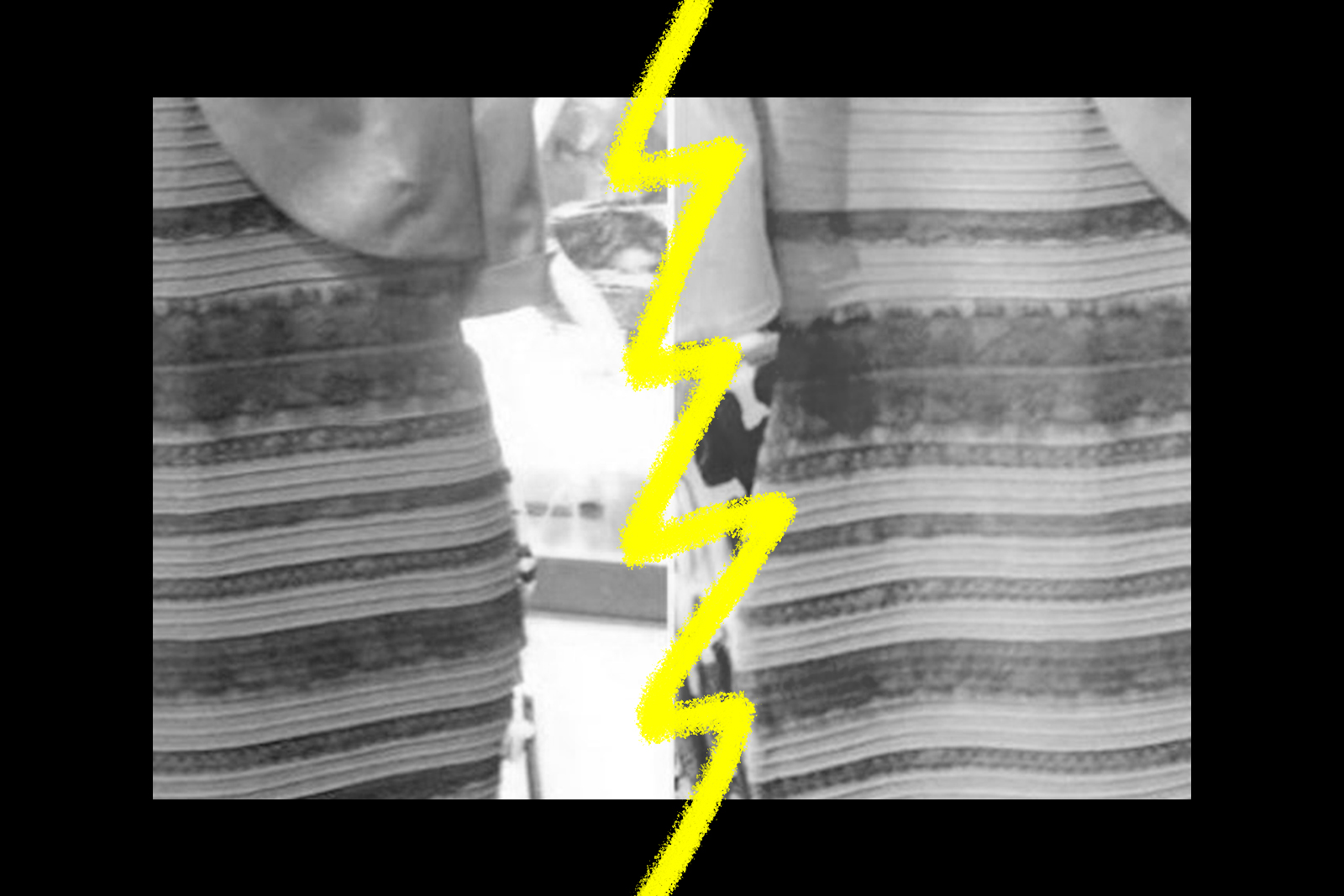 The dress that divided a nation.

The big one for us this year was working on the development of the new polymer banknotes for the Royal Bank of Scotland. Designing money! Hard one to beat, although we tried with the beginning of a working relationship with the team at BrewDog in our first foray into the craft beer space! 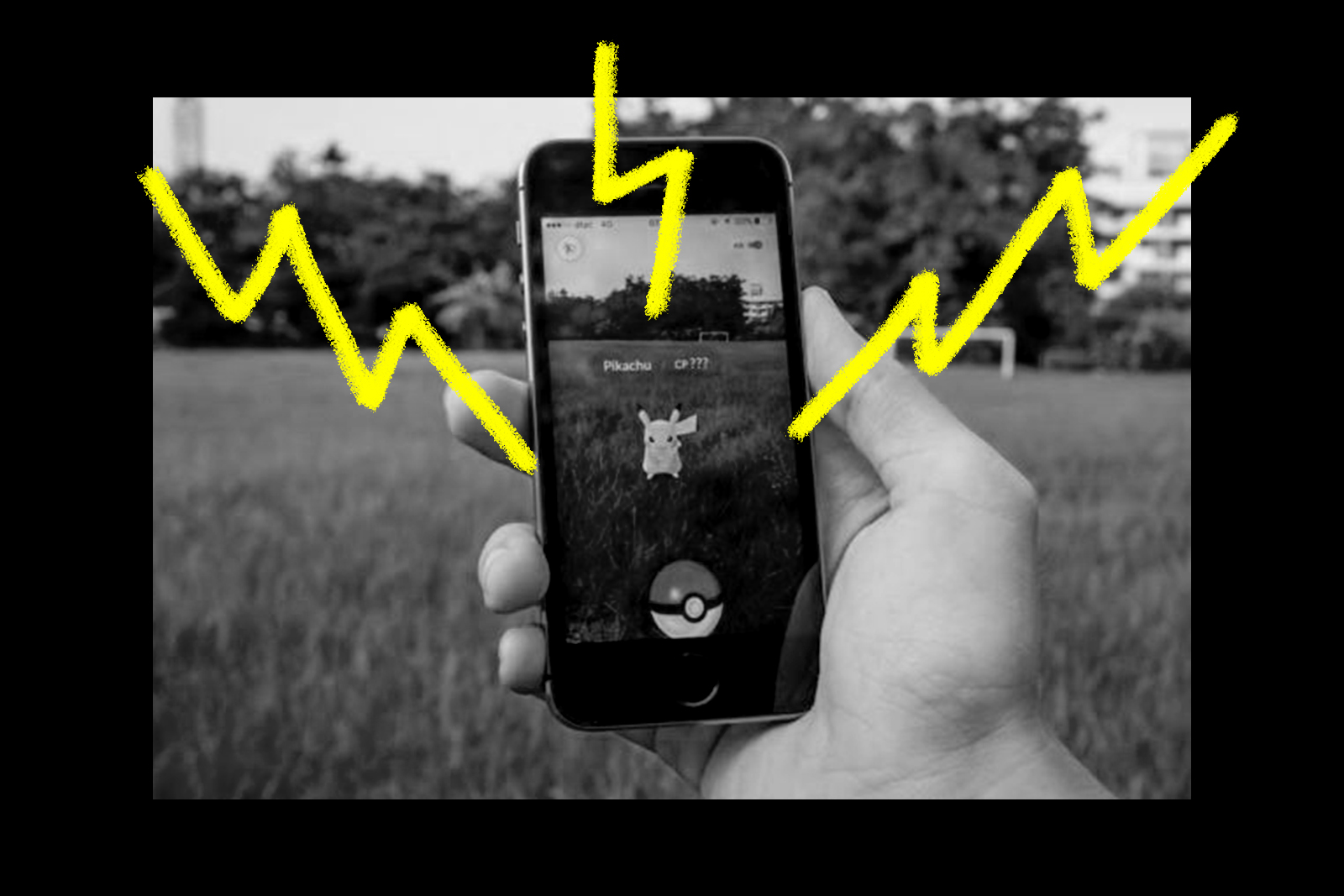 The app that got people into parks again.

We finally made time for a client we’d been avoiding for years: O Street. It was time to refresh our own brand and build a new website. Spinning out of this grew a short documentary about the typographer who drew our logo (Tam) which we created with pals and collaborators Pretend Lovers. The short film won a place on a BAFTA film festival and is still touring globally in 2019 with the Craft Council. We followed the work with O Street with a slightly bigger client called Google and ended the year with a live gig in the studio by long term idols of ours, The Burning Hell. 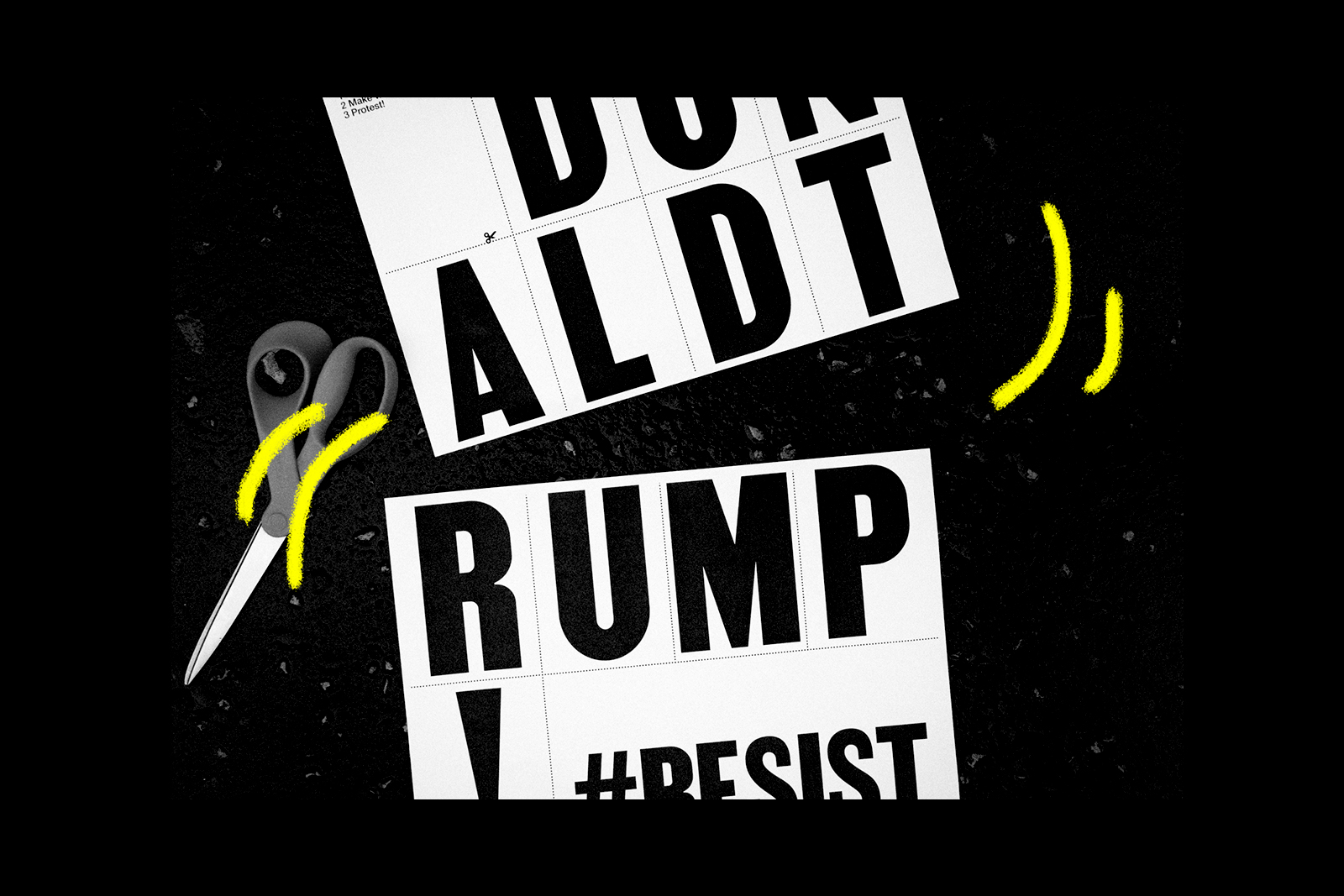 We started the year with the surprise commercial success of our fingerless BUCK–FAST gloves, selling out in a week. It was also the year O Street went international, with our very own Josh Peter opening an O Street studio in Denver, Colorado. Long term client relationships brought us work with both Sony Music and Spotify as our creds in the music sector grew and grew — keeping our new hire Jonny Mowat busy, busy, busy! 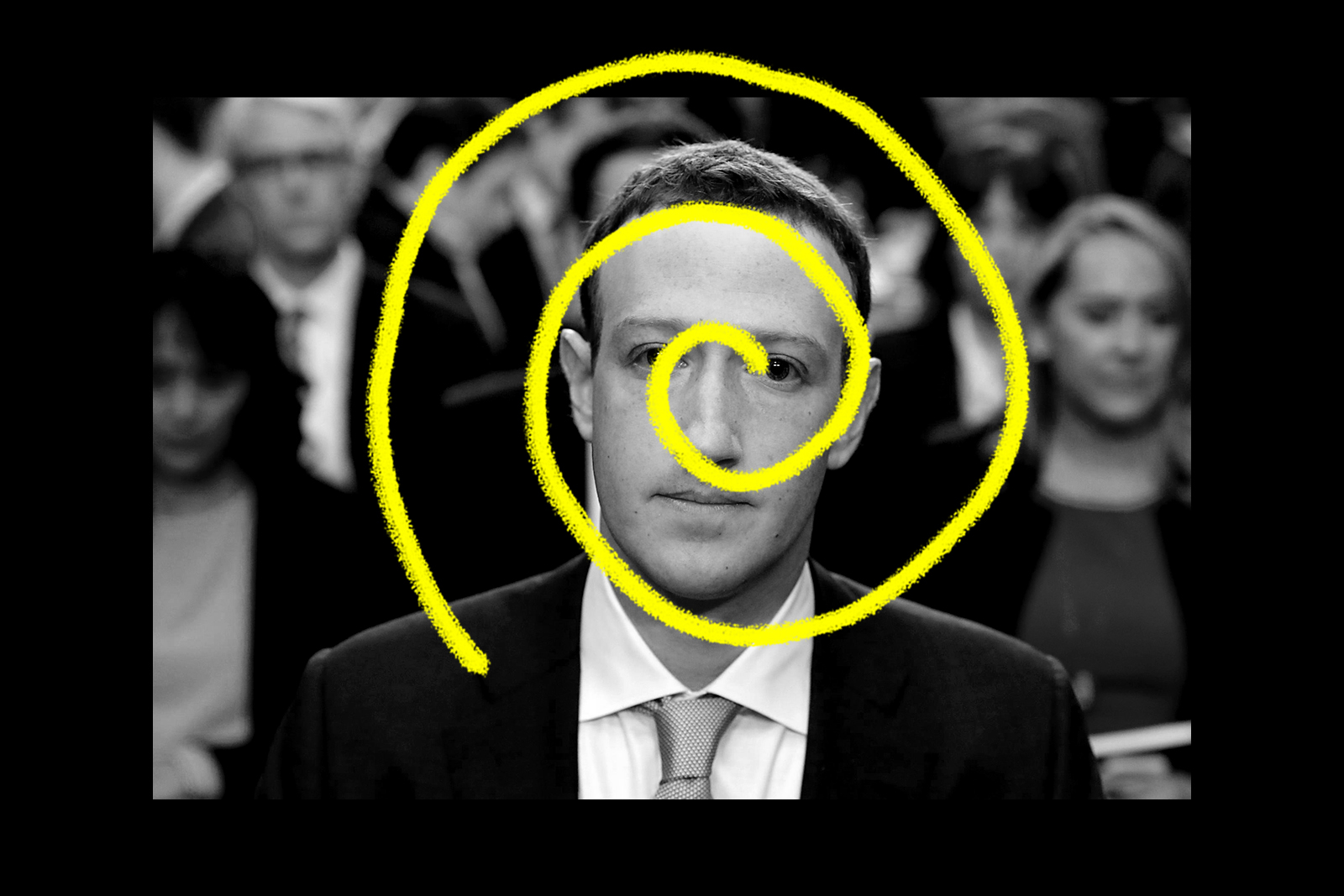 How the mighty have (not) fallen.

The talented Anna Dunn joined the team and wriggled mackerel-like out of our ill-fated annual fishing trip on Loch Fyne. This was the year we managed to beach our boat two miles up loch! It honestly had nothing to do with the free samples from our latest client Fyne Ales which we had been reviewing on the boat… honestly. We were already oiled on other stuff. 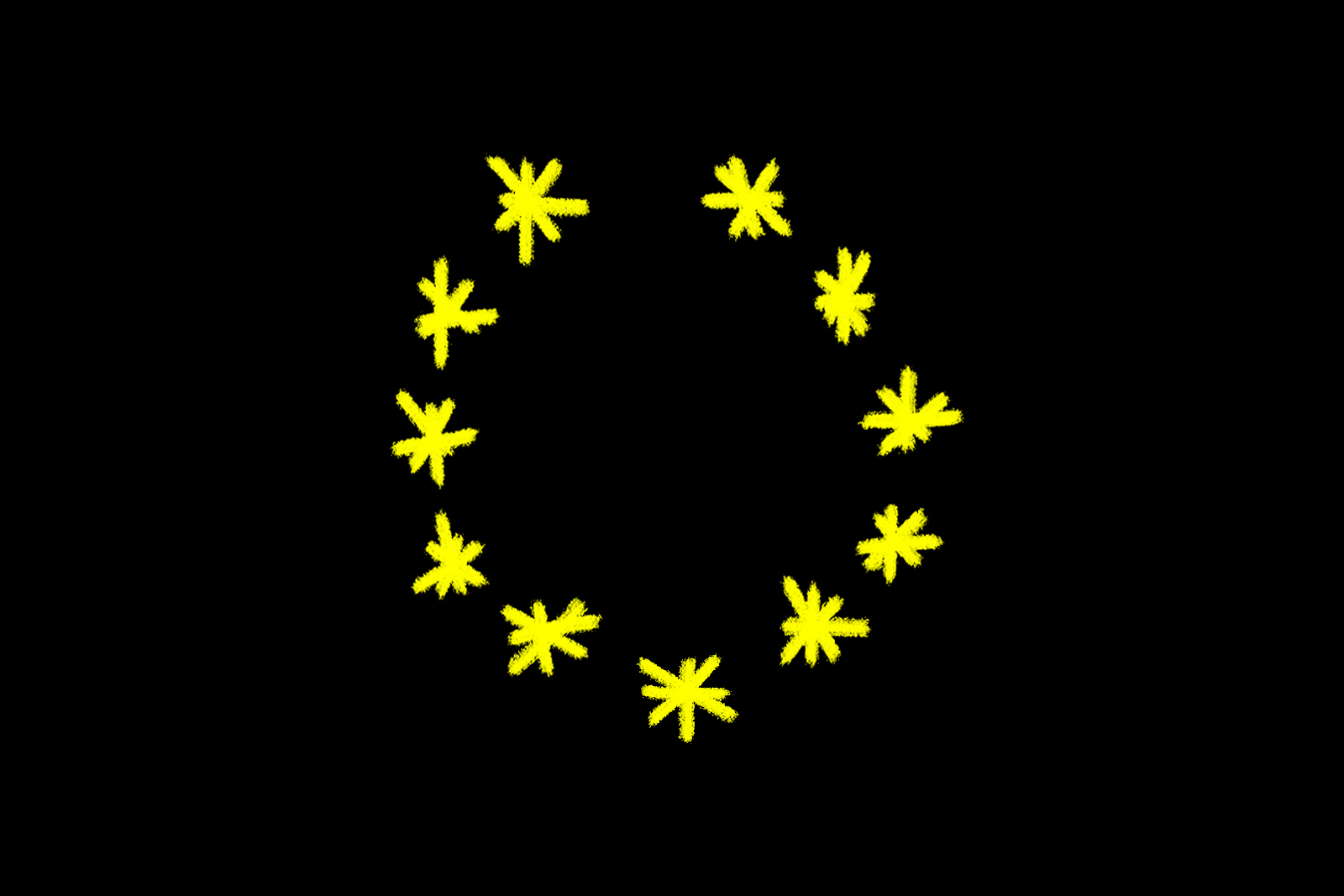 This year has been about more than Brexit with exciting new work coming from our US office (such as a full label suite for Denver Distillery), Tessa running branding workshops in Kenya and Anna taking numerous sixteen-hour train trips to a museum in Leeds. We also managed to not sink the new fishing boat plus taught Jonny how to play the Harmonium. Ten Year Mixtape sorted.

We’ve got a few things up our sleeve, with a new Scottish brewery rebrand, another campaign for Scottish Book Week and the launch of our third issue of CRUSH zine. We’re also excited to announce that we’re expanding* this year, read our Remotely Interesting blog to find out more!

So here’s to the next decade, onwards and upwards.

*sideways rather than out, but if you are a young gun looking for a new role, consider sending us your portfolio.