Non-North-Americans often don’t know what to make of the Western Hemisphere’s favourite Christmas buffer. As O Street’s resident Midwesterner, allow me to walk you through a graphic primer of this celebration. 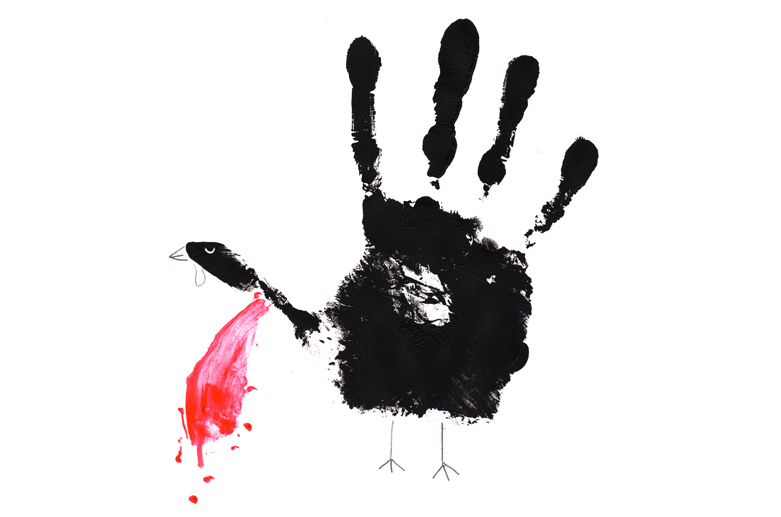 The day before Thanksgiving, every tiny American child experiences the great educational awakening of dipping their hand in paint, sticking it to a paper plate, then adding eyeballs and legs to make it resemble a mutant turkey of sorts. Parents are then forced to proudly hang these monstrosities on the refrigerator. With turkey being the main course of the dinner, bonus points for slaughter-house realism. 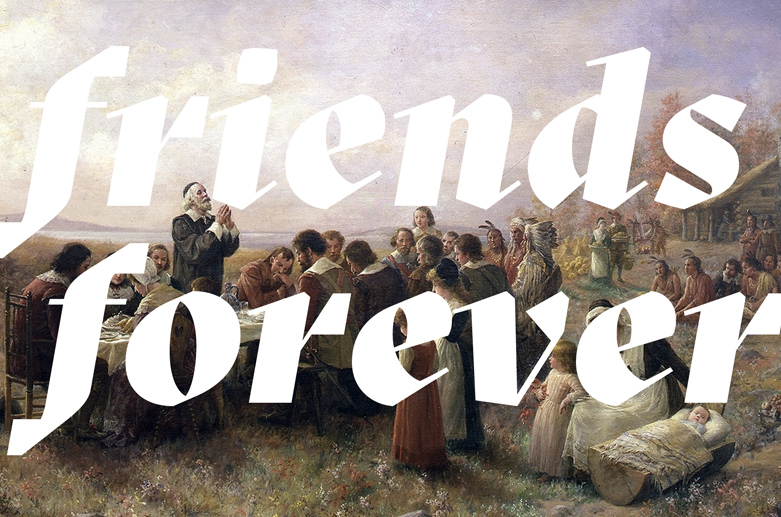 Okay, right. It is indeed a bit awkward that we celebrate a dinner party between two groups of people when one said group went on to commit literal and cultural genocide against the other. Thankfully, this is not lost on everyone. 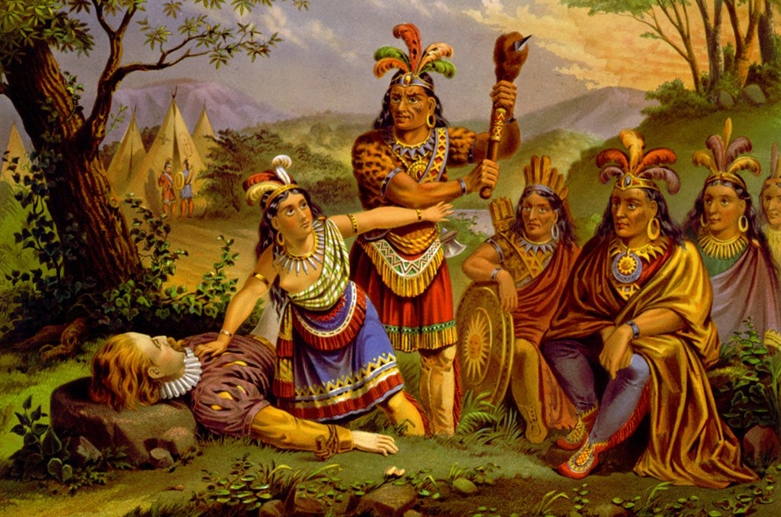 As for depictions of Native Americans, we’ll use the legendary Pocahontas as an example. Ask a child of the 90s what she looked like and they’d describe the Disney version: late 20s, six-foot-tall with 36-14-30 measurements, eyeliner. Considering she would have actually been around 11 years-old when she saved John Smith’s life (if it even happened) that’s not likely spot-on. Even ‘realistic’ portrayals (above) are bull. But ain’t they pretty! 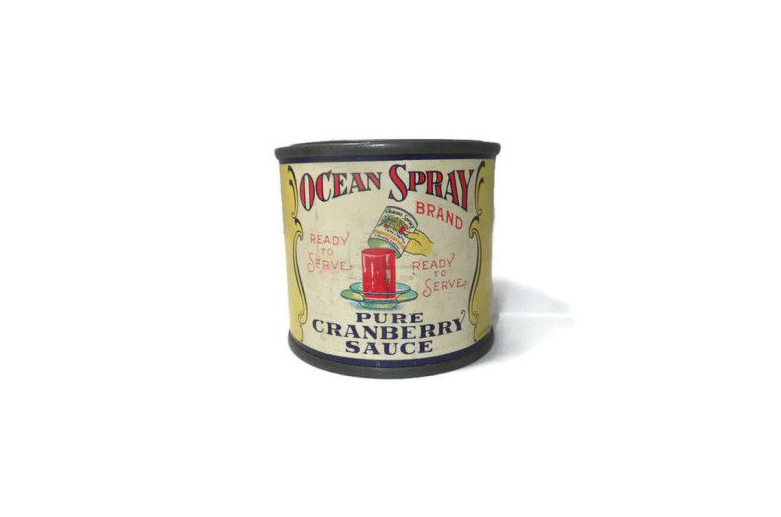 I won’t get into the full menu (it’s basically a British Christmas dinner a month early, people), so let us focus on one item. Nobody cares if mom’s turkey is dry. Why? Because we are popping open a can of Ocean Spray cranberry sauce, and we are dowsing everything on our plate with it and gravy. If only they still had this cracking old-school package design. 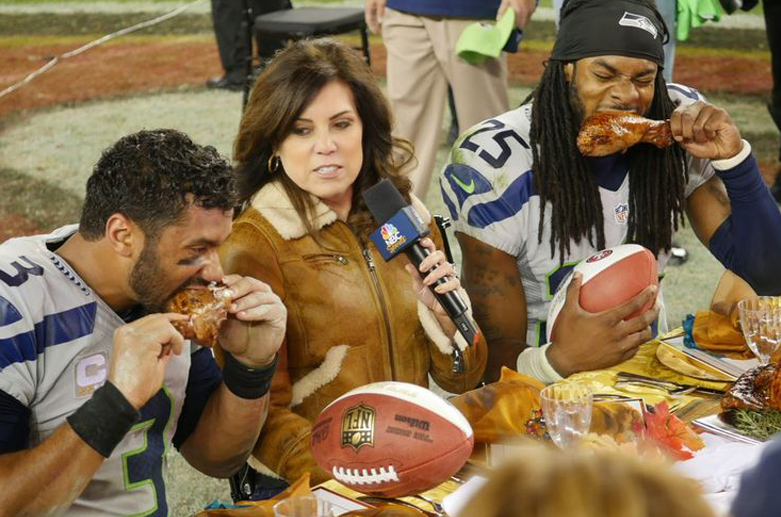 Nothing combines the awesome, the bad, and the awesomely bad of American culture like the NFL on Thanksgiving. American football games are played every Turkey Day, because we are thankful to observe grown men destroy themselves physically and mentally for our entertainment while we eat. It’s an institution, and even those of us with no interest in such an affront to humanity will tune in to see the Detroit Lions lose.

Also, you might see professional sports players eat whole turkeys on the field, which is a thing that happened. 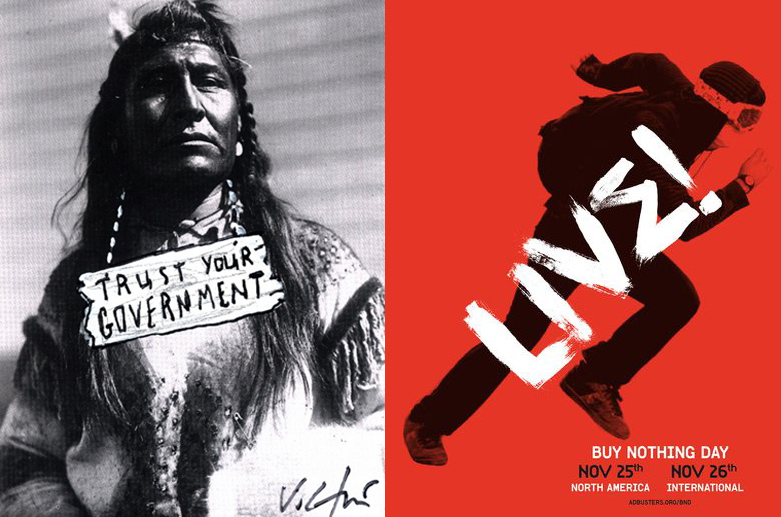 Don’t despair, it’s not all that bad. As always, the good champions of graphic design are here to save the day: New York’s finest James Victore has famously taken on the strange beast of Columbus Day and Thanksgiving with his poster work. Also, to combat the Walmart-stampede-insanity of Black Friday, Adbusters founded Buy Nothing Day. Keep fighting the good fight, you bastions of hope… but then please pass the sweet potatoes.