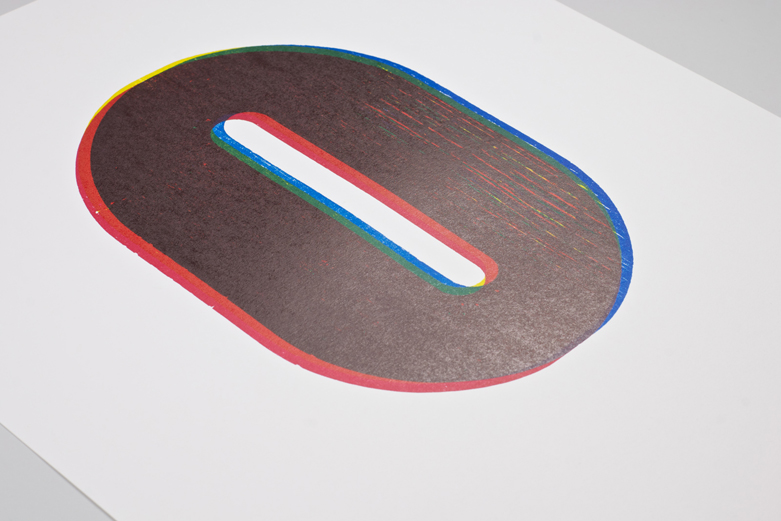 Due to similarities in shape the letter O is often associated with zero or nothing, but O is far from being nothing. Unlike zero whose roots lie in Arabic numeration systems of the middle ages O is one of the oldest letters in our alphabet. O’s most ancient ancestor is the eye character contained within Egyptian hieroglyphics…

The inventors of the first alphabet, Semitic workers living in Egypt around 2000 BC allotted this symbol a glottal sound and called it ayin, meaning eye. By the time of the Phoenician alphabet, 1000 BC, the eye had lost its pupil and become rounded, reducing the pictorial glyph to the simple circular shape that we use today.

The strong graphic nature of our circular O well reflects its industrious and highly relied upon role in written and spoken English. The Oxford English Dictionary, whose lexicographers have clearly never visited vowel munching Glasgow, list a respectable seven basic O sounds; no, glory, north, got, other, do, word and of course many more in combination with another letter for example cough, boy, moon and the like. On top of this heavy workload, coupled with O providing much aforementioned regional variation, O is also responsible for delivering a great deal of emotional content; quizzical ‘O?’, exclamatory ‘O!’, and unfortunately low flat ‘O…’.

So that’s O; an ancient letter associated with vision, O is hardworking, expressive and adaptable with a rubber catsuit hidden in the back of the wardrobe.

Edwin Pickstone is Typography Technician and Artist in Residence for the department of Visual Communication at The Glasgow School of Art.

Edwin’s exhibition/printshop ‘O! and other letters’ took place in July at the Briggait, Glasgow as part of the Merchant City Festival.