One of the weightiest decisions in designing currency is deciding whose face will be passed over coffee counters and lost in couch cushions for the next thirty-odd years. The minds behind the most recent bill in Scotland can rest easy knowing they made an amazing choice for the people of Scotland—by putting it in their hands. 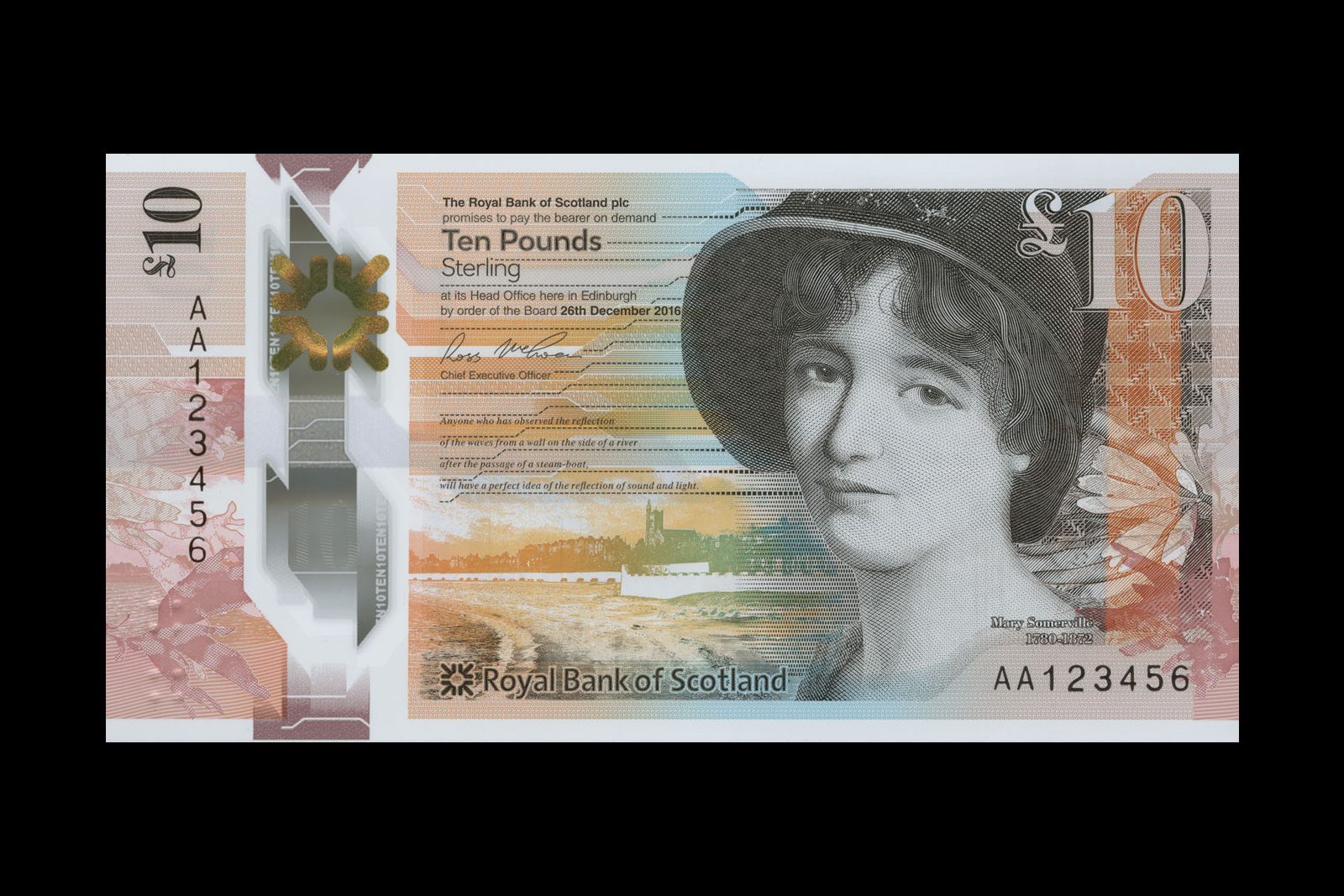 The new £10 from Royal Bank of Scotland sees the country’s currency headlining women two notes in a row (the £5 starred Nan Shepherd). Mary Somerville, born in Jedburgh and a proud Scot, was one of the most significant characters in 19th century science. 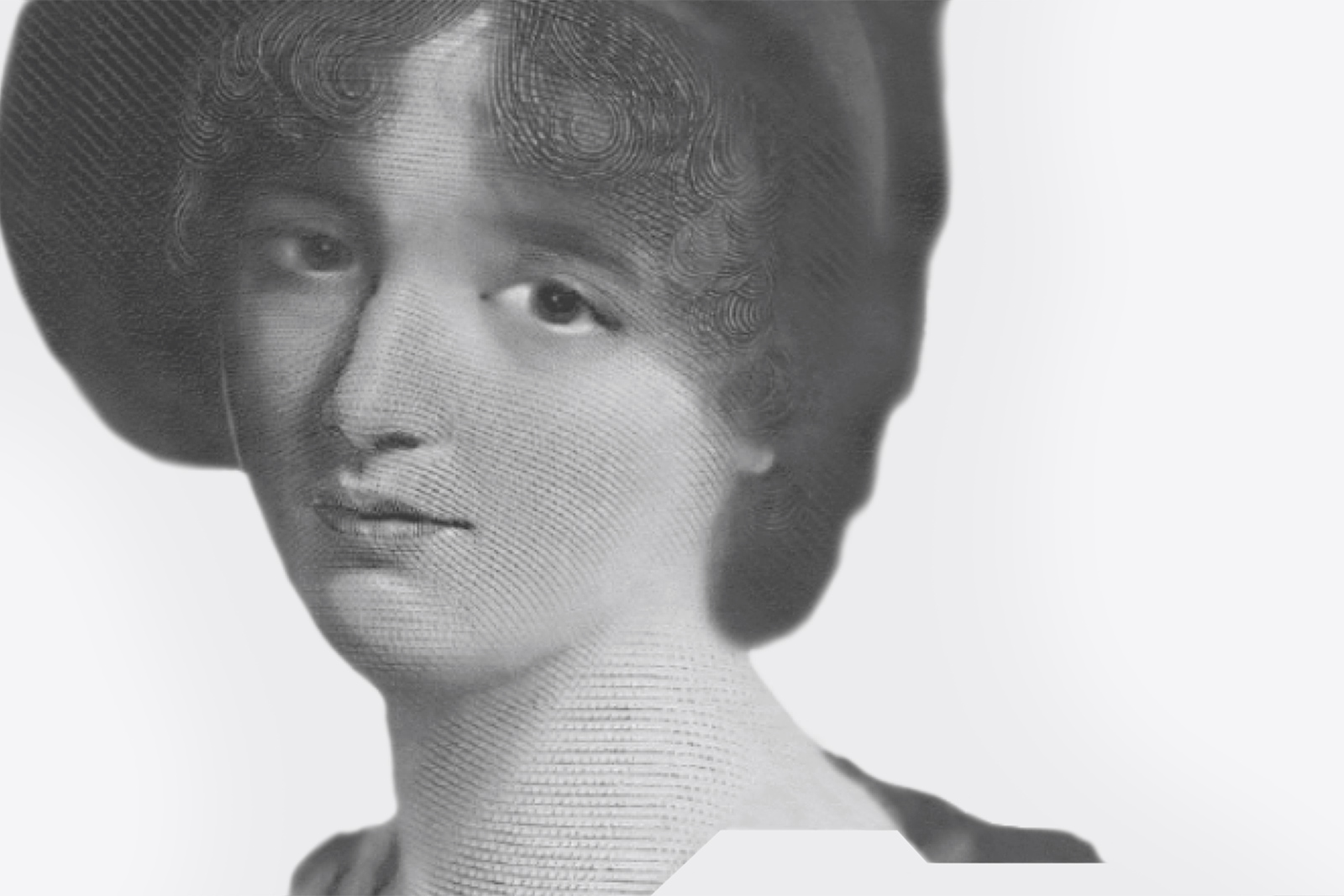 A gifted mathematician and astronomer, Somerville overcame adversity to pursue a career in science. She was partly responsible for the discovery of Neptune, and was a prolific writer—ruminating on subjects in an accessible manner, she opened up scientific discovery to the masses. 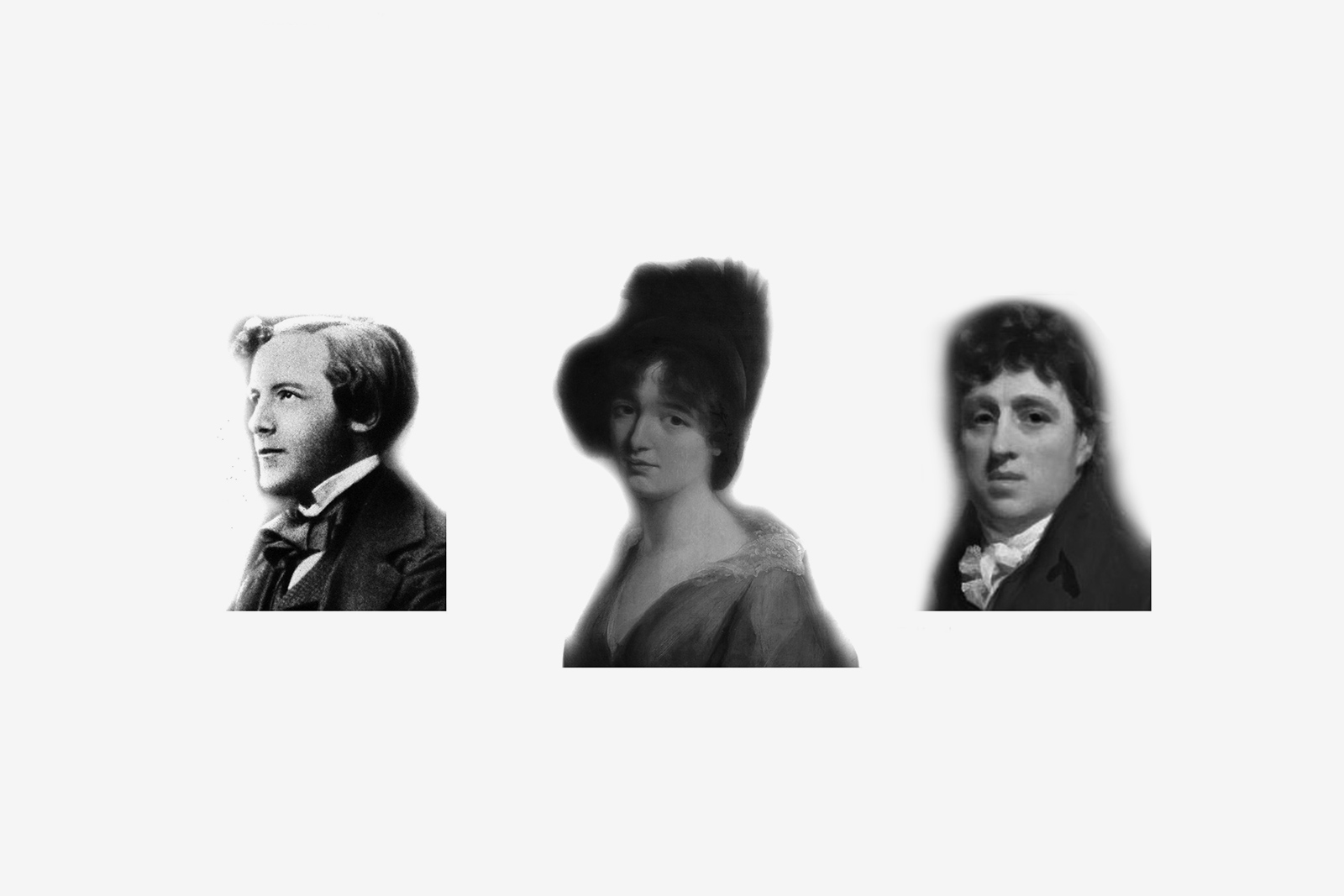 She didn’t earn her spot on the ten pound not without a fight — also shortlisted were Thomas Telford and James Clerk Maxwell — though she smashed them in an online poll. Just like with the content of the currency series as a whole, it was the Scottish people who made the call. 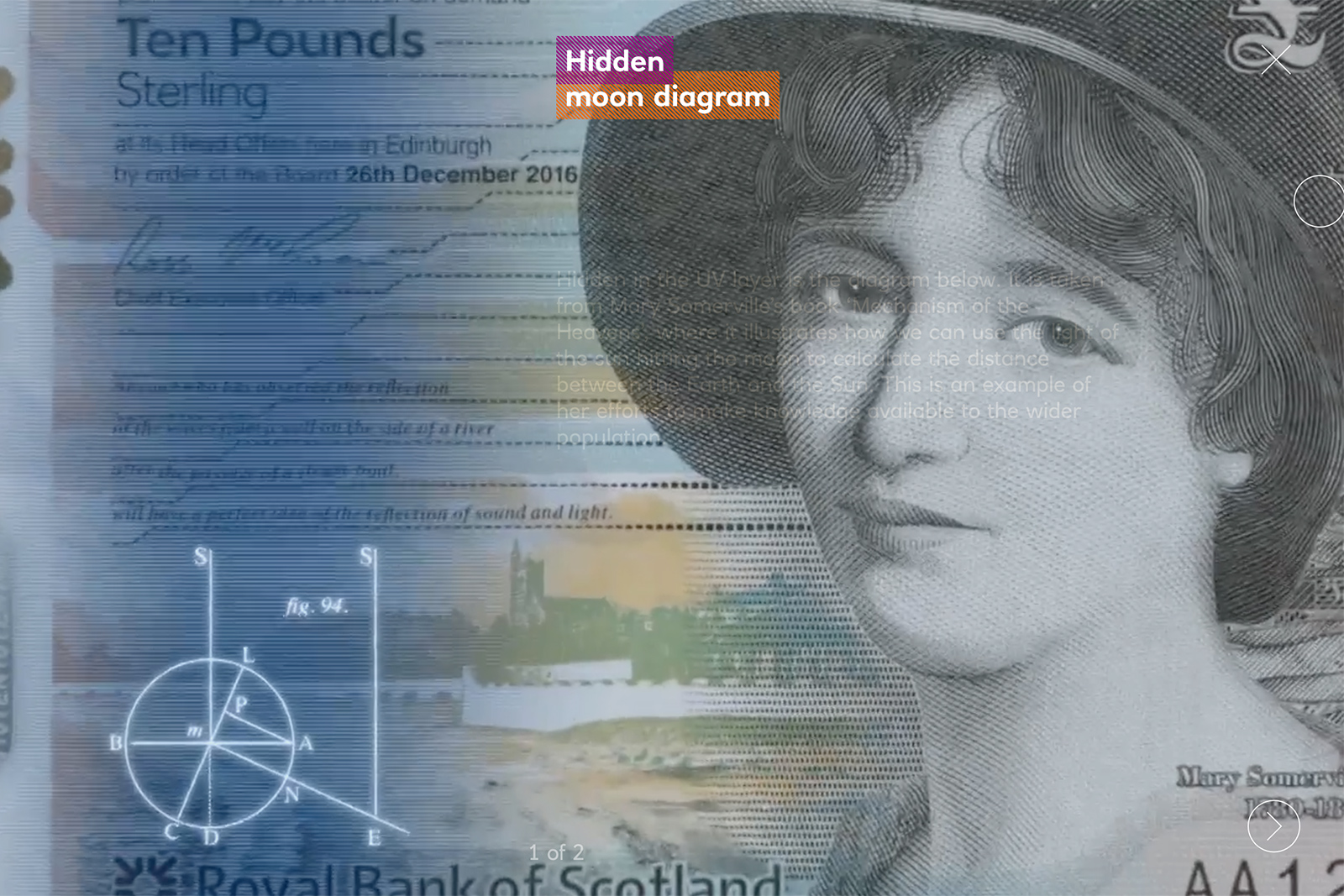 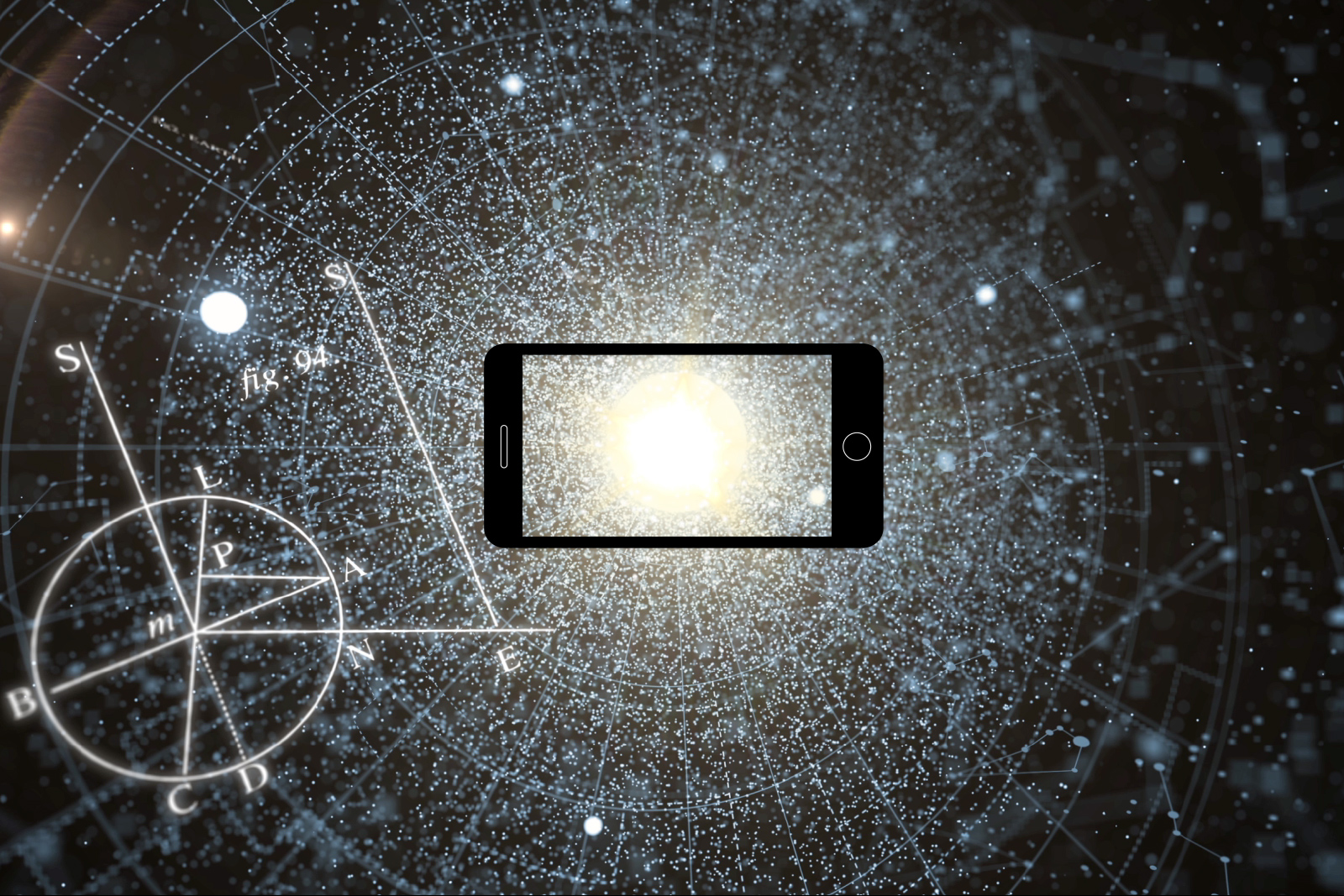 One of Somerville’s contributions to science is highlighted (literally) on the £10. Her diagram for calculating the distance of the Earth from the Sun is illuminated under UV light. 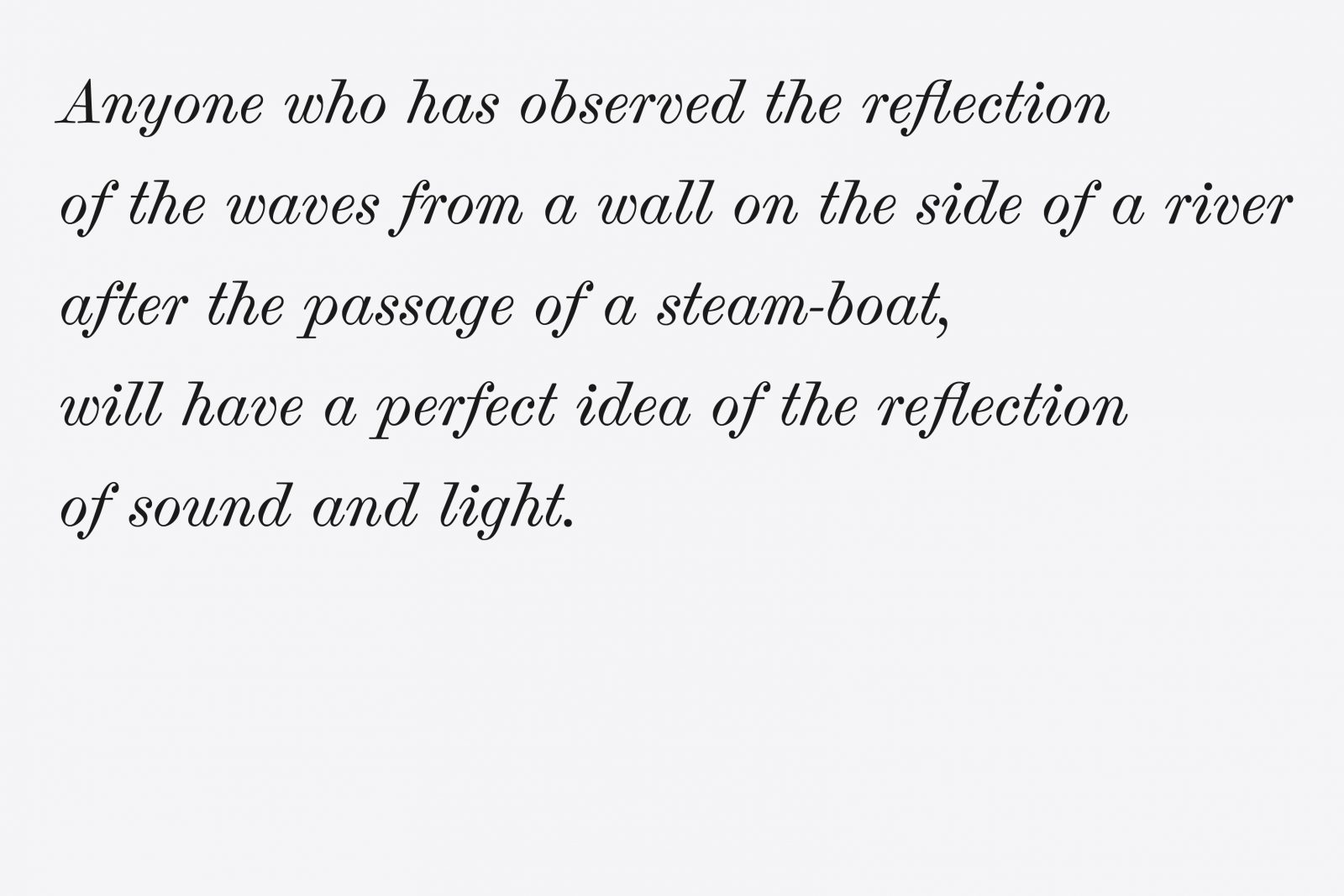 There is also a quote from Somerville on the note. Her rumination on sound and light as seen in the waves of a river are an example of her profound popular science writing.

Learn more about the features of the Royal Bank £10 at RoyalBankTen.com. Will the ladies continue to rule the day as Scotland’s currency rolls out? Watch this space to see who graces the £20…