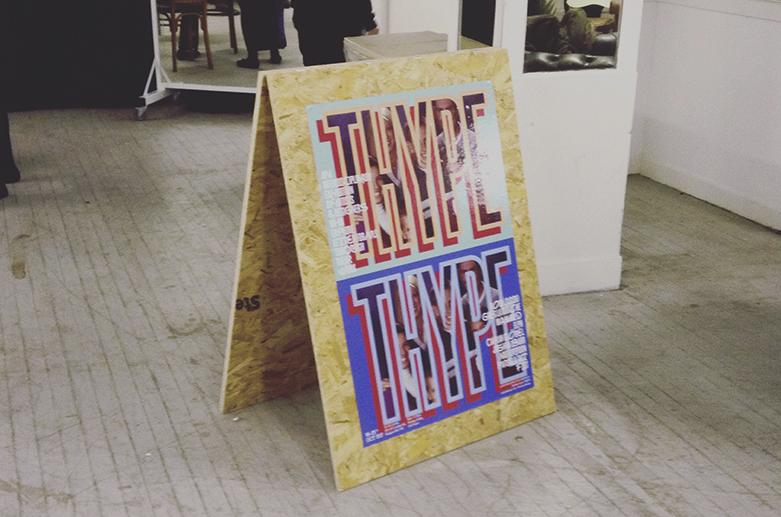 Last Friday I hopped down to the Barrowlands after work to check out the first event of the Graphic Design Festival Scotland schedule, THYPE; an exhibition curated by Recoat dedicated to typography. What a treat—and in some respects—a rarity.

In some cases, especially typography, graphic design can exist in a world that nobody notices—at least not the general public. This is a fairly relevant discussion right now with Sarah Trounce from dn&co picking up on the fact that graphic design isn’t given nearly the same platform of exposure and contextual criticism as perhaps Fine Art and Architecture are. She also discusses the tragic closure of the Kemistry Gallery—which utilised its space to exhibit cutting-edge graphic design; showcasing budding newcomers and classic masters alike. To lose a predominantly design based gallery space such as this was a loss that was keenly felt by the city community; so much so that the continued support for Kemistry has meant that founders Graham McCallum and Ricky Churchill have refused to be beat and are now moving on to new, and slightly more ambitious, plans of creating a National Centre for Graphic Design; probably ‘bout bloody time too. 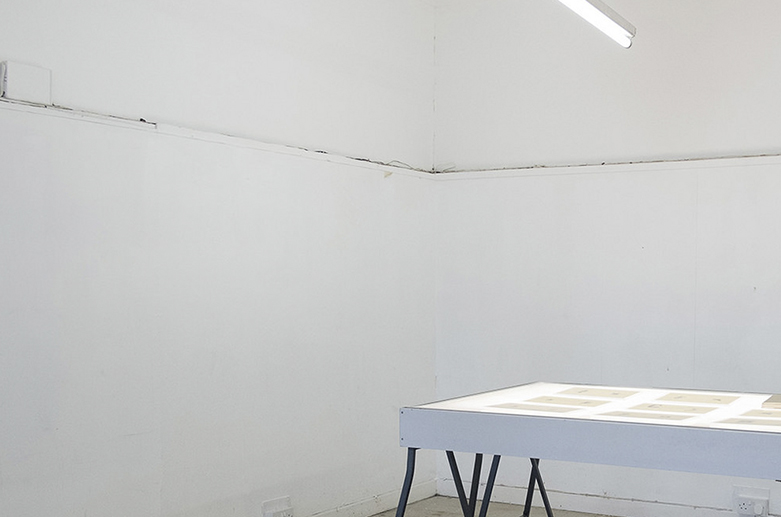 In the meantime—whilst we wait for a Scottish version of that to arrive—we still have good folks around Glasgow; such as Recoat and Warriors Studio (founders of Graphic Design Festival Scotland) championing Graphic Design on local ground (Yaas). This recent exhibition does a great job of displaying a breadth of typographic forms; including some lovely hand painted lettering, detailed illustration and letterpress letters, in a context that allows it to be displayed and critiqued as the pieces of artwork that they are. 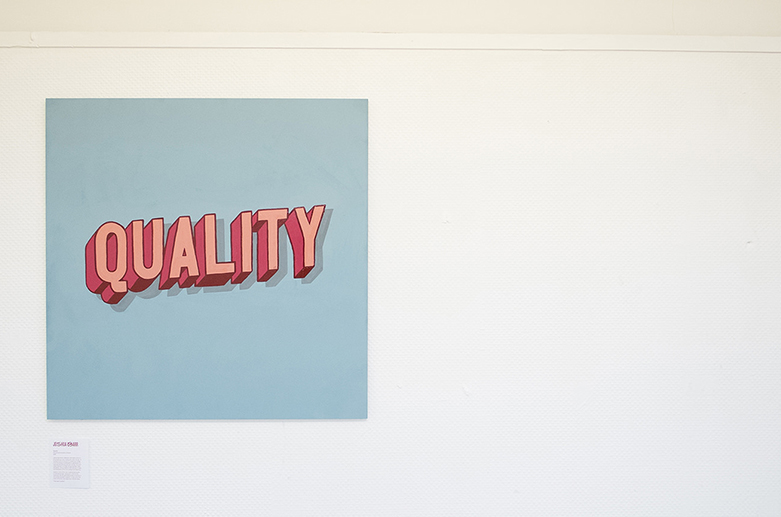 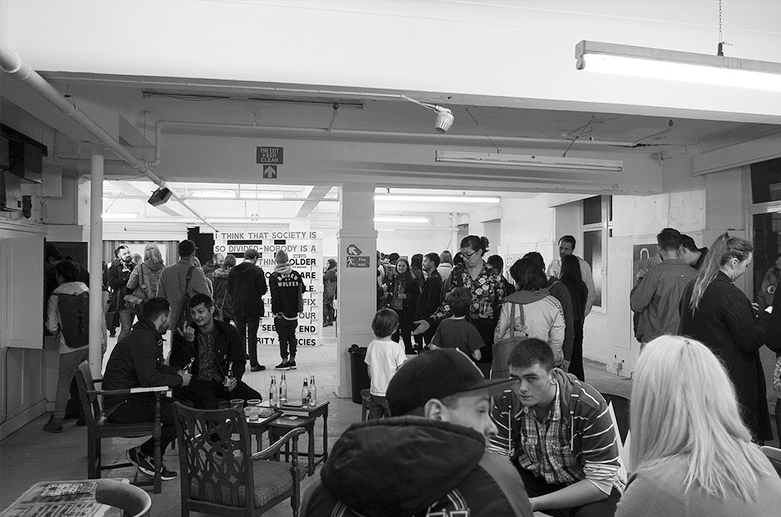 With THYPE painted large format on the black shutters of On The Corner by Joshua Barr, it was a promising start. Inside Greg La Marche displayed some colourful collages layered up with found materials and vintage printed matter; capturing an energy and dynamism within his composition that really draws you in. 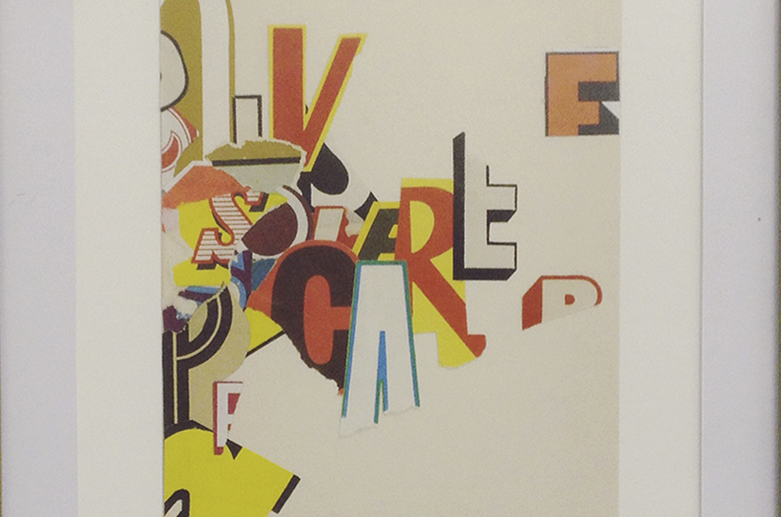 ROID MSK meanwhile expressed an incredible technical skill in his Chrome Study; the detail should be seen to be believed; awesome stuff. 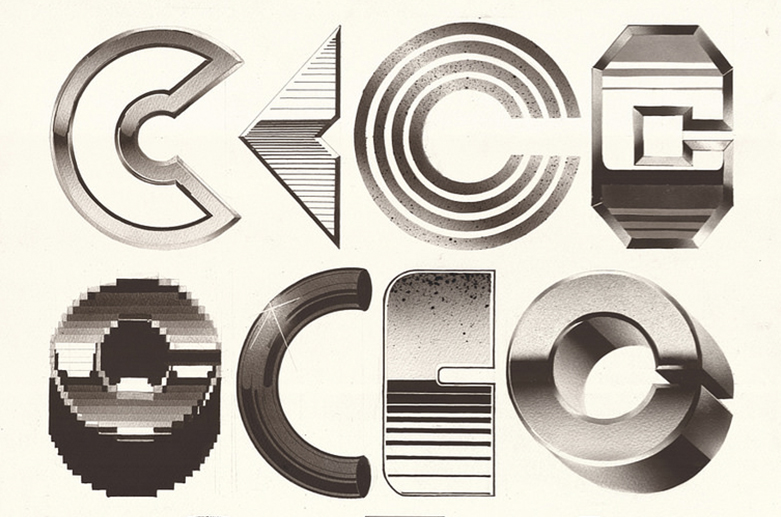 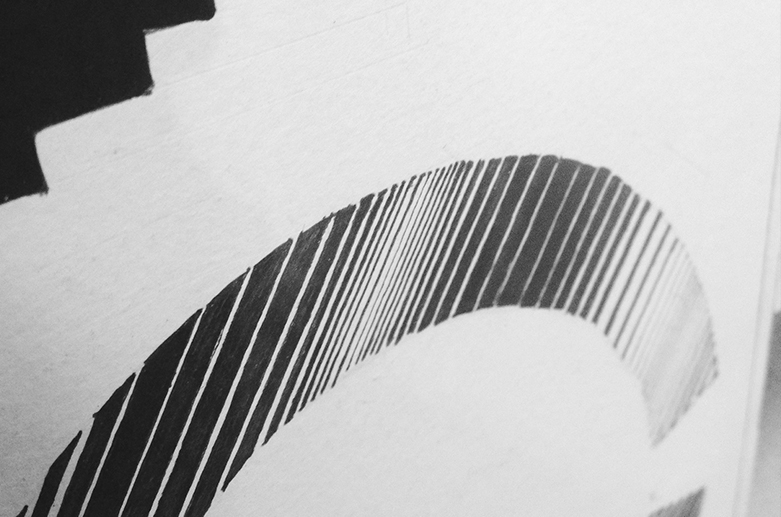 Ciaran Glöbel is a self taught sign painter and graphic designer who works mainly in enamel and acrylic. He is responsible for this magnificent, cheeky signage—as well as having his typographic work appear on many shop fronts and public houses around the city. 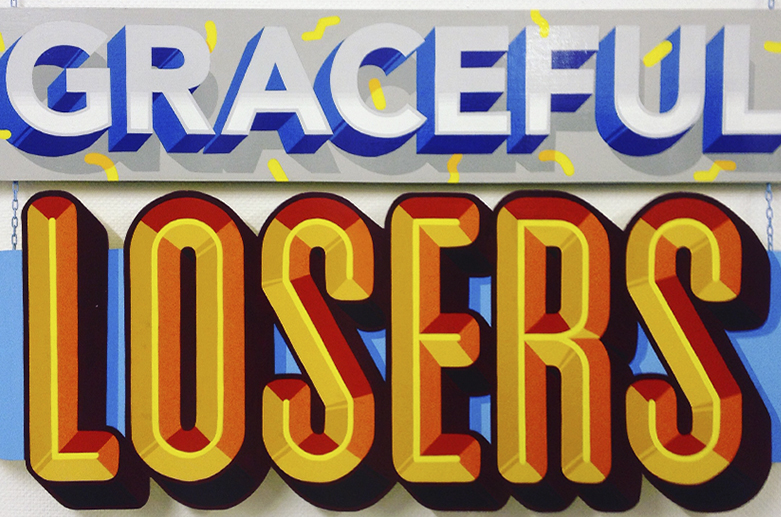 Pamela Tait created some stunning portraits; eye catching and bright, these elegant ladies draw you over from across the room—catching you slightly off guard when you realise that these pieces were actually crafted with coloured pencils. 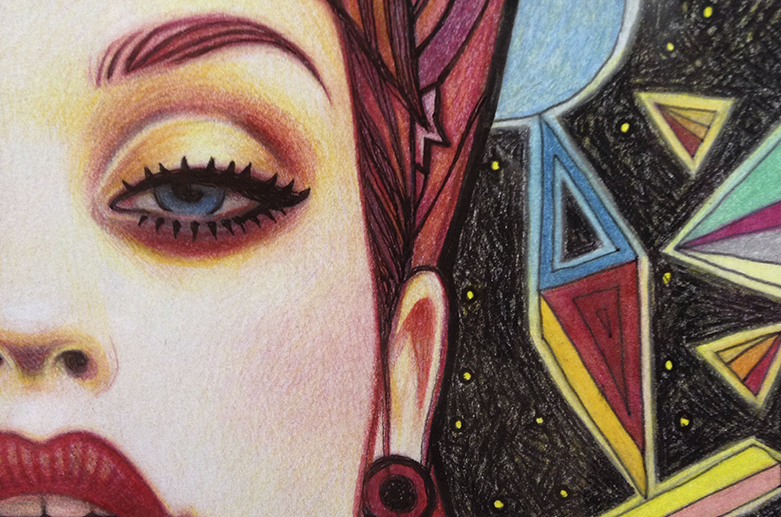 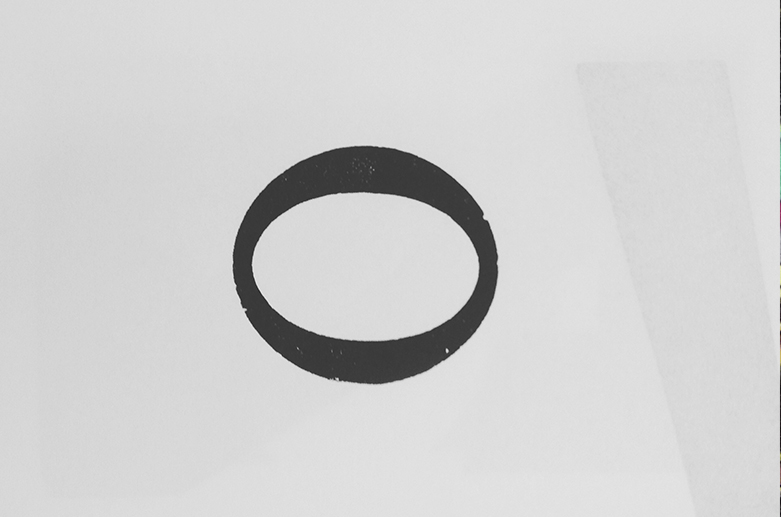 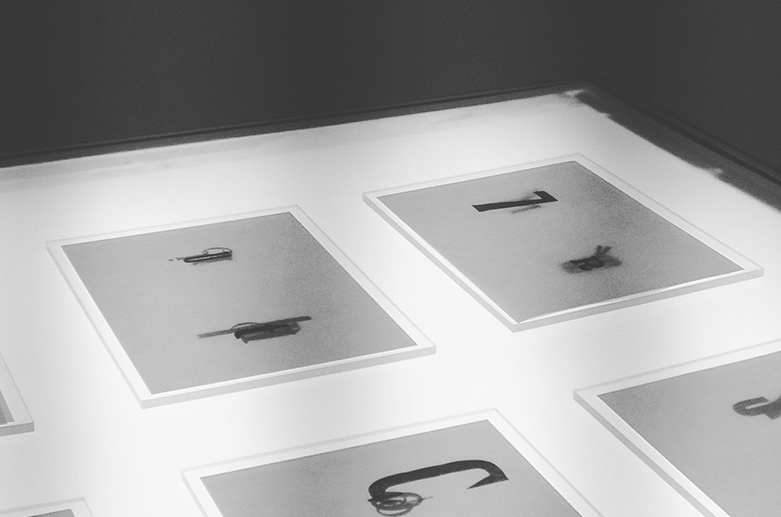 Another piece that really should be seen in the flesh is the fine letterpress work of Alice Rooney. Printed on lightweight bible paper, these isolated letterpress forms appear in minute detail. Taken out of the context of a more functional setting, Rooney allows the viewer to appreciate each intricate design and the delicate nature of a printed letter.

That covers a few of my favourites, but other artists included recent graduate Erin Bradley Scott (work pictured below) FiST, Maya Wild, Elph and Kat Loudon—all worth checking out for yourself. 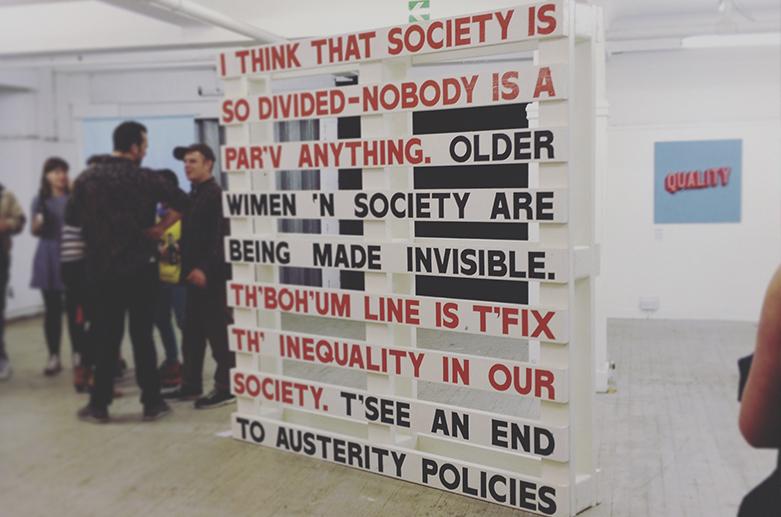 This exhibition marks the start of the festival itself, which should guarantee even more critical and contextual discussions revolving around Graphic Design in the upcoming month as various outcomes of GDFS are exhibited in Glasgow, to both a local and international audience; beers in hand. 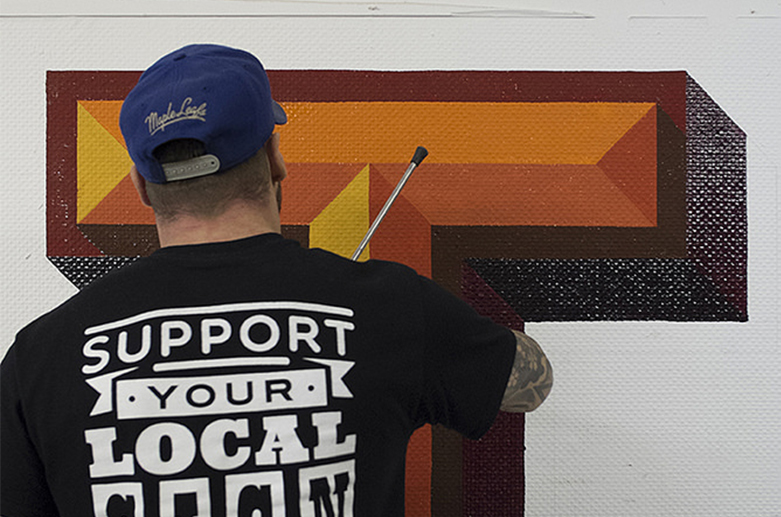